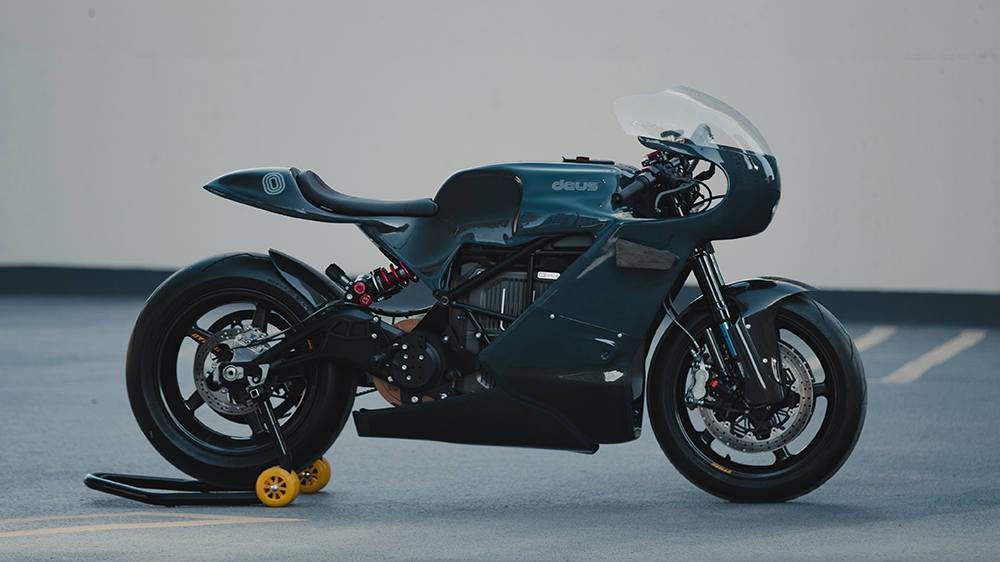 Zero Motorcycles hopes to reshape the motorcycle industry with its fully electric bikes. But it has its eye on the custom scene, too. That’s why the company recently teamed up with Australian specialty shop Deus ex Machina for the first fully customised SR/S motorcycle.

Zero entrusted Deus’s Michael “Woolie” Woolaway with one of the zero-emission speedsters shortly before its debut this February, and the ride he’s whipped up in the following months is a sight to behold. The renowned custom fabricator has taken a sporty-but-generic street bike and added carbon-fibre elements and other design flourishes to turn it into a gorgeous retro-futurist racing motorcycle. 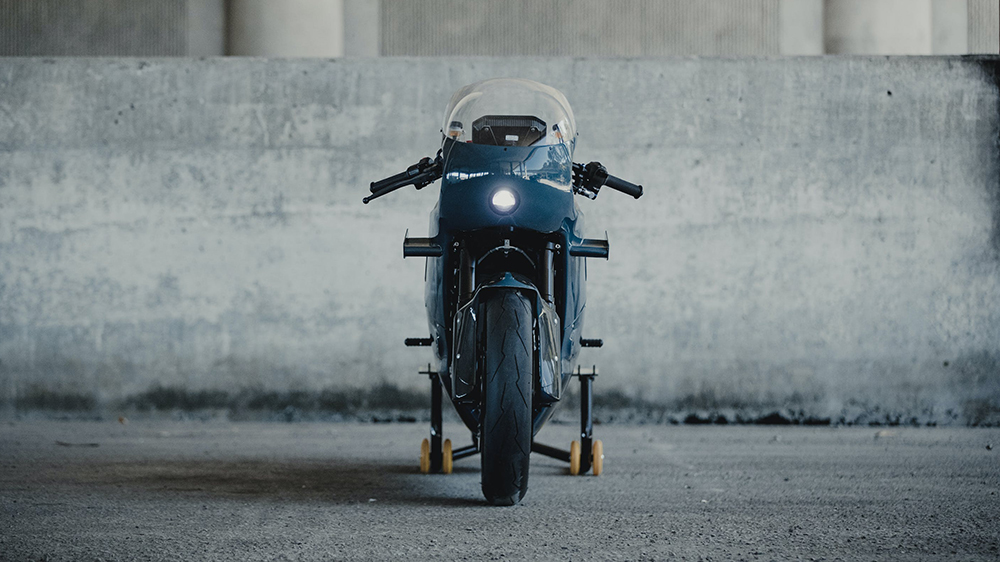 The biggest difference between the standard SR/S and Woolie’s custom version is its fairing, which has been given a complete makeover. The new retro-inspired fairing, which is made from a single carbon-fibre piece that extends from the front all the way to the taillight, softens its lines and gives it the appearance of a true speed machine. To get the unique silhouette just right, the builder shaped a mockup of the new bodywork by hand out of foam and then asked some Lockheed Martin engineers for help fabricating it out of carbon fibre.

“The way I shaped the bike was just by hand, when I started with the gas tank and, and just worked from there forward to the fairing and then from there, back and from there down and it was all very organic,” Woolie said in an interview on the Zero website. “I didn’t have any drawings. No computer work, nothing like that. Just, foam plastic, shaping tools and, measuring tools and transfer tools and kind of the old school way.” 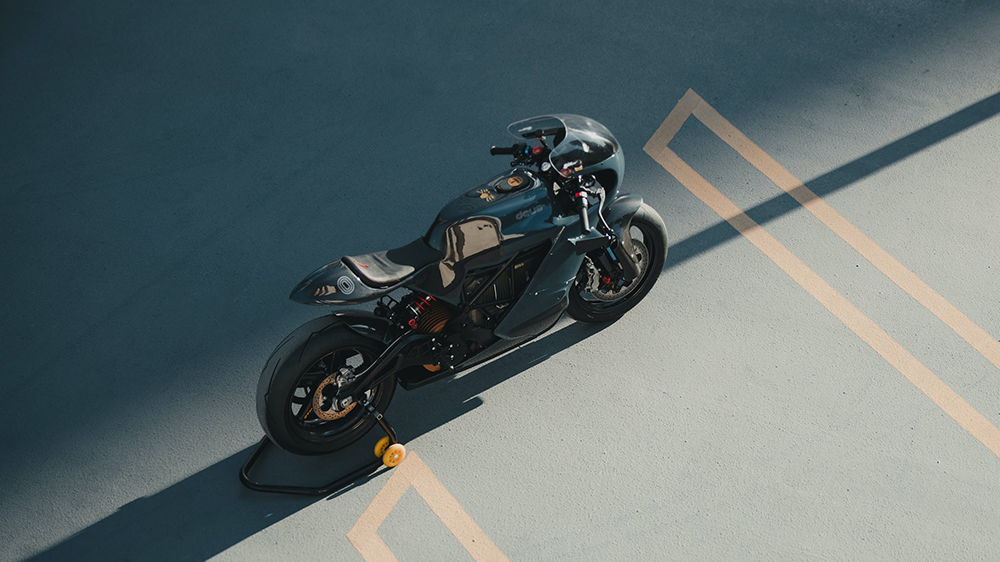 Of course, there’s more to SR/S’s custom work than a new fairing. It also features a hand-blown windscreen from Zero Gravity, race car-style winglets and a brand-new seat from Saddlemen. On the mechanical side of things, its JJuan brakes have been replaced by a custom thumb brake from Spain, and it’s been outfitted with a Showa suspension and a pair of ultra-light Dymag carbon wheels. Other than those tweaks, the bike’s electric powertrain seems to have been left alone, which is good news since it can produce 110 horsepower and has a 161-mile range in the city. That figure can be boosted to 201 with Zero’s “Power Tank” option, though both figures will fall when you’re riding on the highway.