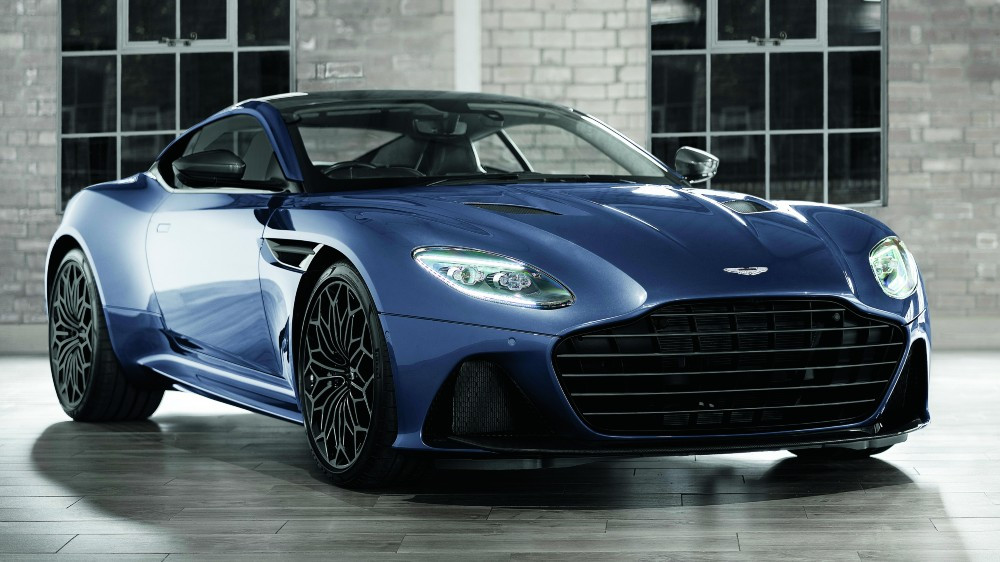 The car also comes with a limited-edition Omega watch and tickets to the premiere of the next Bond film, ‘No Time to Die.’

There is no car brand more closely associated with James Bond than Aston Martin. And this holiday season, you’ll get to buy one of the British automaker’s latest supercars designed by the man himself—or, at least, the man who plays him, Daniel Craig.

This year’s annual Neiman Marcus Christmas Book features an ultra-rare Aston Martin DBS Superlegerra designed by the five-time franchise star. And if that weren’t enough for the deep-pocketed Agent 007 obsessives out there, it also comes with a limited-edition Omega watch and tickets to the premiere of the next Bond film, No Time to Die.

Limited to just seven examples, the Craig-designed vehicle is finished in an elegant inky blue, features a matching blue leather interior and sports the same eye-catching wheels as the On Her Majesty’s Secret Service special edition DBS Superleggera. While the car may not include any of the devilishly fun gadgets seen throughout the 57-year-old franchise, it does offer a very robust twin-turbo 5.2-litre V12 engine that’s capable of delivering 533kW and 900Nm of torque. Thanks to this impressive drivetrain, the car can go from 0 to 100km/h in just 3.4 seconds and hit a top speed of 340km/h.

As part of this year’s roster of Neiman Marcus Fantasy Gifts, the limited-edition DBS Superleggera costs US$700,007 (around A$1,010,000) before tax, more than double the price of the standard version of the vehicle. That’s due, in part, to some of the package’s throw-ins. Not only is the car designed by Daniel Craig, it also comes with a special all-platinum Omega Seamaster Diver 300M with a hand-engraved caseback, the same watch that Bond has been wearing since the ‘90s. Other perks include the chance to go to England and see your car roll off the assembly line and a ticket to the world premiere of the 25th entry in the franchise, No Time to Die—which features four Aston Martins, including the DBS Superleggera—next March. Not exactly a bad haul for the 007 superfan.

The Daniel Craig-designed Aston Martin is one of the nine Fantasy Gifts in this year’s Christmas Book. Other highlights include the chance to hang out with legendary sneakerhead Jeff Staple in Tokyo and a once-in-a-lifetime culinary tour of Italy for two. A percentage of the purchase price for each gift package (12-per cent for the DBS Superleggera) will be donated to the Opportunity Network, a charity that helps historically underrepresented students achieve their college and career goals.