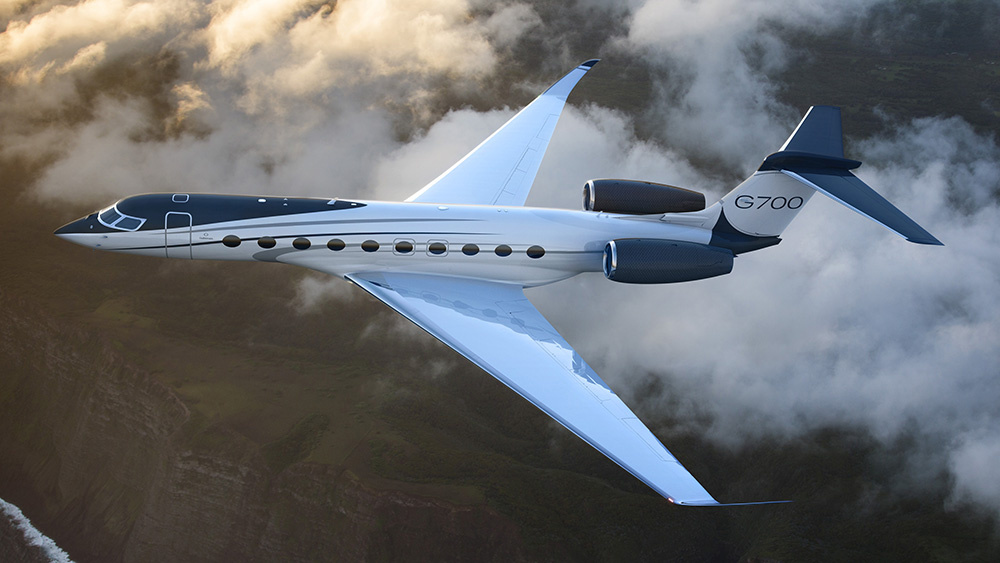 The new jet will have a cabin two feet longer than its nearest competitor, Bombardier’s Global 7500.

It’s no secret that two of aviation’s biggest names have been battling it out for primacy in the skies. Last December, the Bombardier Global 7500 dethroned the Gulfstream G650 to become the biggest business jet in the world. The 7500 enjoyed a healthy reign—breaking records and impressing pilots and jet setters alike. It even topped our Best Aircraft of the Year list. Gulfstream had plans to bow to defeat, however. On Monday, the Georgia-based plane manufacturer debuted a brand-new business jet that is set to become the world’s largest.

The soon-to-be behemoth, known as the G700, was unveiled at the National Business Aviation Association’s (NBAA) annual corporate aircraft show in Las Vegas. Gulfstream Aerospace President Mark Burns said the flagship G700, priced at US$75 million (roughly A$109 million), would be the “tallest, widest cabin in our industry,” according to Reuters.

Powered by Rolls-Royce Pearl 700 engines, the gargantuan jet will match the industry-leading maximum speed of Mach 0.925—set by its predecessor the G650—and can fly 13,900 kilometres at Mach 0.85. While that’s slightly less than Bombardier’s 14,200 kilometres—300km is not a huge difference when it comes to flying time and reach.

The G700 will seat up to 19 passengers and features five living areas, a six-seat dining area (or conference room), a 10-foot galley and a master bedroom suite with shower. The advanced circadian lighting system fitted throughout recreates sunrise and sunset, with the aim of reducing jet lag. Meanwhile, the jet will be pressurised to ensure the lowest cabin altitude in the industry—less than 4000 feet at most cruising altitudes. The cabin is also whisper-quiet, featuring the largest oval windows in aviation. Even better, it circulates 100 per cent fresh air.

“The Gulfstream G700 takes the very best elements from our most innovative products and unites them with cutting-edge advances to create an all-new, advanced-technology aircraft that redefines safety, comfort and range at speed,” said Gulfstream president Mark Burns.

In terms of size, the G700 stretches roughly 109 feet and is a foot shorter than Bombardier’s Global 7500. However, the jet will have a cabin two feet longer than its competitor and it will be slightly higher (1.9 metres) and wider (2.5 metres).

The interior of the Gulfstream G700 – Photo: Stephanie Lipscomb

Gulfstream says deliveries will begin in 2022. The company has already received an order of 10 jets from Qatar Airways to be used within the Qatar Executive charter service.  Looks like the king is already winning loyal subjects.