Why This 140-Metre Megayacht Concept Rocks

The design was inspired by the natural curves of pebbles.

When it comes to designing a superyacht, inspiration can often come from the unlikeliest of places. Take, for instance, the newest concept from Van Geest Design, which was inspired by… little rocks.

The prodigious 130-metre vessel, fittingly christened Pebble, is the brainchild of the studio’s co-founder Pieter van Geest. While travelling in England and Indonesia, the Dutch-born yacht designer stumbled across a couple of impossibly smooth pebbles. He was taken by the way the elements had refined the rock over time and decided to pay homage to Mother Nature’s talents in megayacht form.

“Pebble was designed with the idea that it was sculpted by nature over decades,” Pieter said in a statement. “It seamlessly fits in its ocean environment, water and the wind that defines its shape.” 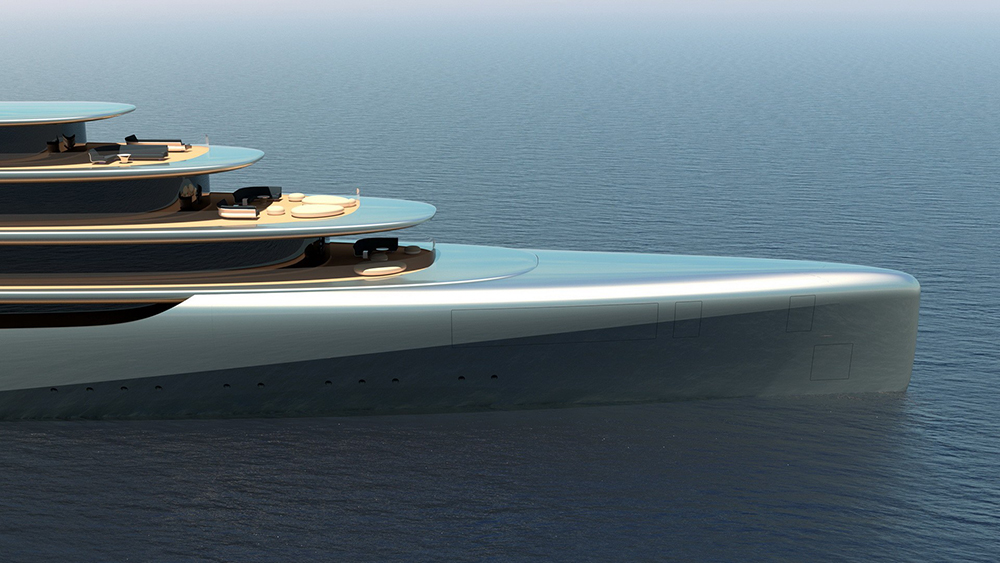 Pebble features a razor-sharp vertical bow to help it skim across the seas. Van Geest Design

Indeed, Pebble is replete with fluid lines and soft, rounded edges just like her namesake. There are very few corners in sight save for the razor-sharp vertical bow that will enable the vessel to skim effortlessly across the seas. The exterior is finished in a gleaming silver that emulates the colour of slate, albeit with a little more pizzaz.

Onboard, Pebble can be customized to suit her owner’s needs. The studio suggests a generous VIP suite forward on the main deck and an owner’s suite with a dedicated deck two levels up. The upper deck comprises a sizable wellness centre, while the lower features a sprawling beach club. The transom is also enclosed to ensure boarding is by invitation only. 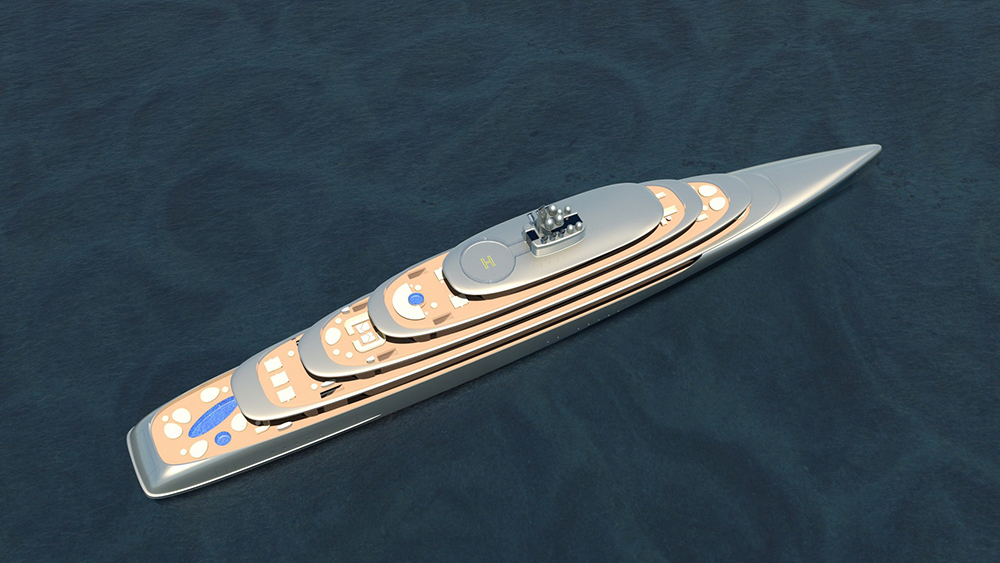 Seafarers will have access to multiple swimming pools, a jacuzzi, and a helipad. Van Geest Design

Elsewhere, seafarers will have access to multiple swimming pools, a jacuzzi, and a helipad for quick and easy exits and entries.

As for propulsion, Pieter told Robb Report it would be environmentally friendly.

“We could imagine that for a project like this (defined by nature) the propulsion to be a green as possible. There are several routes to go, from hybrid electric to hydrogen.” 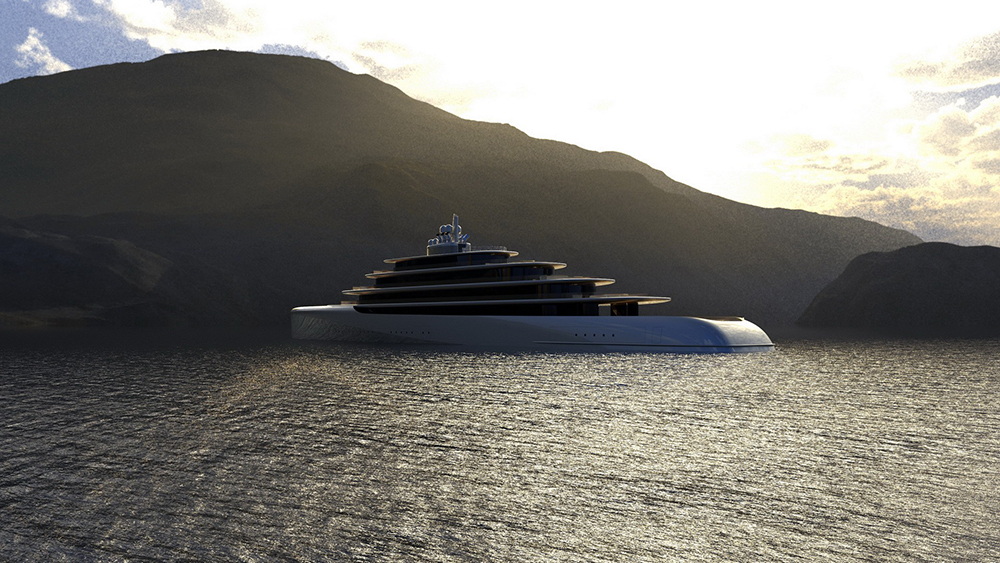 The vessel can be customized to suit her owner’s needs. Van Geest Design

Pebble is one of a handful of envelope-pushing concepts released by Van Geest over the past few years. The studio has previously penned a 76-metre motor yacht concept clad in reflective glass named Mirage, as well as a 90-metre superyacht concept known as Moonstone that sports a faceted steel hull to refract light and twinkle day and night.