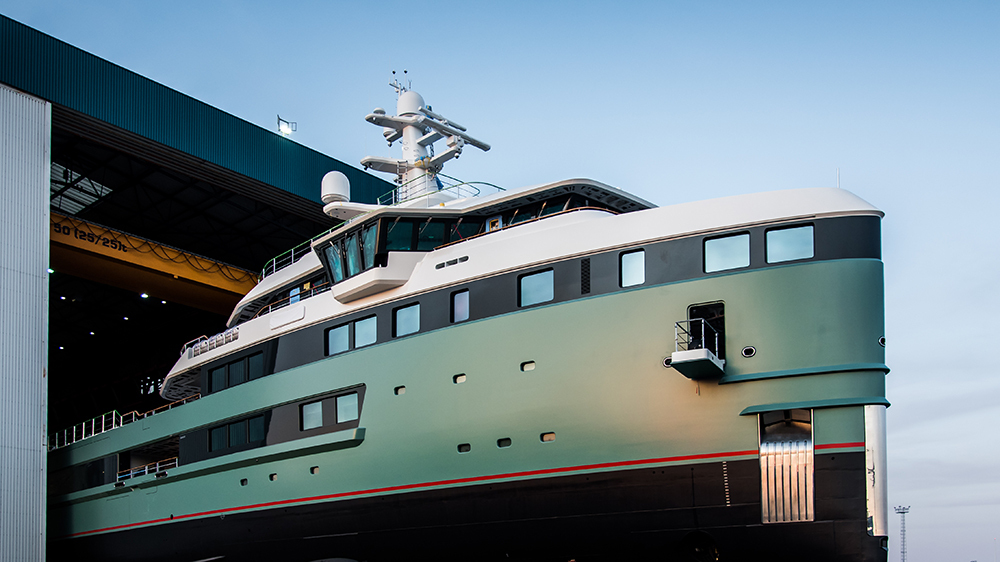 The SeaXplorer 62 promises all the comfort of a superyacht but with serious global capability.

Adventurous seafarers, if you’re tired of the standard Mediterranean trope and are ready to traverse more challenging waters, there is now a new expedition yacht for you. Damen has just unveiled its flagship long-range explorer, which can be entirely self-reliant for a gobsmacking 30 days.

The 62-metre ice-class cruiser will be the first to hit the waters from Damen’s SeaXplorer range—which we’ve been eyeing for some time now—and was created in partnership with Dutch yacht builder Amels. The SeaXplorer 62 promises all the comfort of a superyacht but with serious global capability.

Case in point: The polar-class yacht is built with redundant systems and extended fuel tanks, much like a commercial vessel, so it can be self-reliant for weeks in the world’s most remote and extreme locations. It utilizes the Siemens BlueDrive system with three variable speed generator sets and DC bus, as well as a battery pack which is used for so-called “peak-shaving”—basically, it keeps engines running at optimum energy efficiency. Moreover, it’s packed with enough provisions and fuel to ensure you travel long distances comfortably.

The SeaXplorer 62 is equipped with a fully certified helideck and helicopter hangar, plus two large tender garages and a dive store jam-packed with equipment ensuring easy access to and from the vessel, as well as plenty of fun during your voyage.

So, who was responsible for bringing this custom creation to life? Damen’s in-house design team designed the naval architecture and the Fraser technical team supervised the build, which took place at the Vlissingen East yard in Holland. The exterior lines were created by Azure Yacht Design and the interior styling was brought to life by Carlo Torre of Monaco Yacht Temptation. Did we mention, she’s really, really good looking? One can see the luxury in the angular lines and regal green colour palette—and we can only imagine what it’s like aboard.

The SeaXplorer 62 will be handed over to her owners in early 2020. Check out more photos from yesterday’s launch in the Netherlands below:

Damen
ADVERTISE WITH US