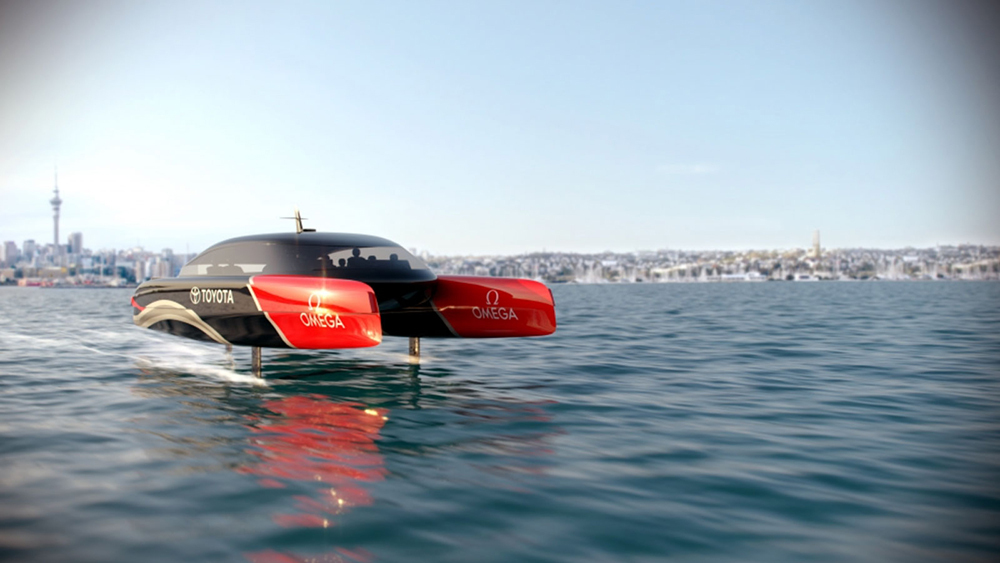 Emirates Team New Zealand is developing technology that could be applied to the next generation of AC75 racing yachts.

After winning the 36th America’s Cup in March, Emirates Team New Zealand has started building a secret weapon to help conquer the next event.

The victorious Kiwis have revealed a new hydrogen-powered foiling chase boat designed to support the AC75 racing yachts in the 37th America’s Cup. The goal is that more teams will jump on board and use support boats featuring this innovative, eco-friendly propulsion throughout the campaign.

The prototype, which is under construction at the team’s facility in Auckland’s North Shore, will be built with help from AFCryo. The Christchurch company is a strong proponent of green hydrogen and currently manufactures hydrogen production systems and composite cryostat in New Zealand. The vessel will be equipped with fuel cells, two electric motors, a battery and the all-important hydrogen tanks. As such, it can carry out support duties, such as schlepping spare sails or equipment, without releasing harmful emissions.

“It is our hope that we can make a seismic shift into hydrogen power and an emission-free statement for the industry,” Emirates Team New Zealand CEO Grant Dalton said in a statement. 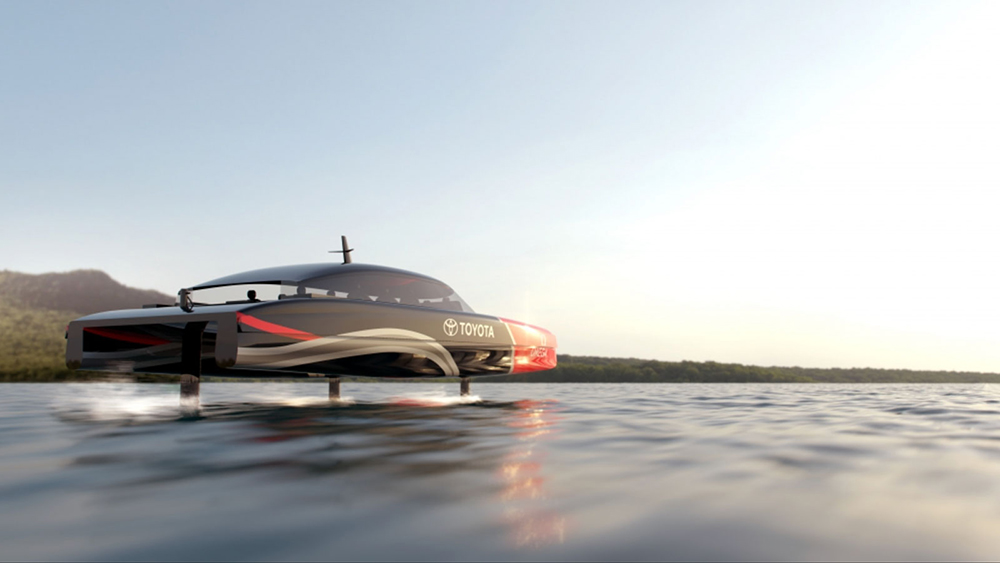 The hydrofoils lift the chase boat up and out of the water for less resistance. Emirates Team New Zealand

It’s not just the propulsion that’s at the bleeding edge, either. The futuristic chase boat is fitted with hydrofoils that lift it up and out of the water for less resistance than a normal planing boat. Foiling is said to ensure a much smoother ride, too, since you’re cruising above rougher waters.

Team New Zealand is hoping that Team Ineos UK will support the move. As the Challenger of Record for the next event, the UK team will help to set the guidelines for the upcoming Cup, including the location, date and types of boats for the competition. It is possible, then, that the protocol for the 37th America’s Cup will contain a provision that all teams must use hydrogen-powered support boats. This mandate would also apply to the 20-plus event and race support boats, which would significantly reduce the fossil fuels used across the event. And one important member of Team Ineos UK, its principal skipper Sir Ben Ainslie, has already come out in support of the new propulsion. 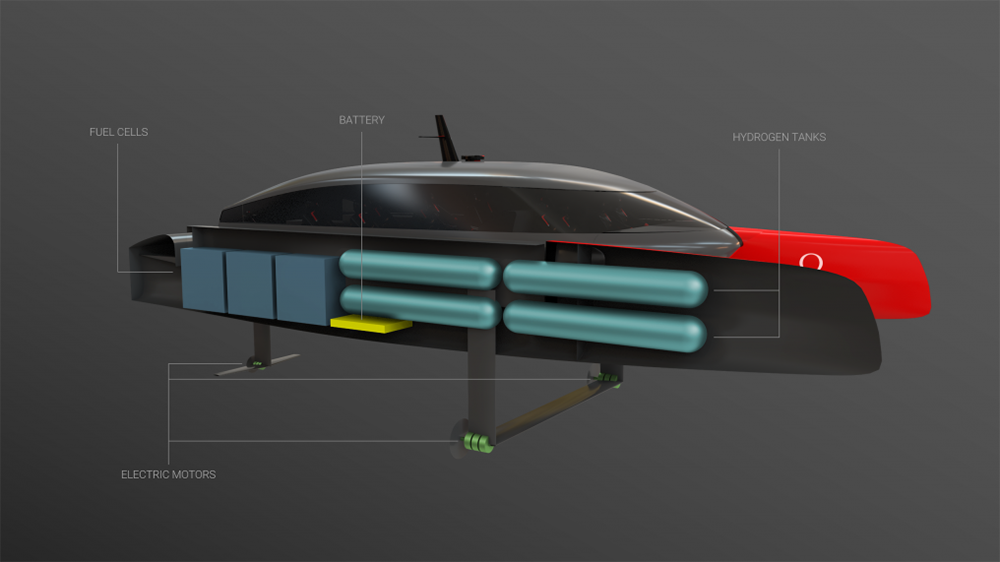 “With so much investment in hydrogen across the world, shifting to foiling chase boats, powered by hydrogen could well prove to be a sustainable and practical solution for the future of the marine industry, while supporting the AC75’s which are reaching speeds in excess of 50 knots,” Ainslie said.

For nearly two centuries, the venerable sailing series and the competing teams have pushed the envelope in terms of marine design and engineering. In fact, Emirates Team New Zealand says that elements of the hydrogen innovation will also be assessed to see if they can be applied to the next generation of AC75.

Who knows, the next Cup could be won by a zero-emissions racer.