Explorer vessels typically feature some sort of research laboratory, but apparently, the word typical isn’t in Iddes Yachts‘ vocabulary. The international design firm, led by naval architect Iván Salas Jefferson, has unveiled a bold new concept that is less like an expedition vessel and more like a seafaring alien ship from the future.

The striking behemoth has been dubbed Earth 300‚ with a stated mission to carry out research expeditions in order to “confront earth’s greatest challenges,” according to Jefferson. Featuring naval architecture by NED, it spans an insane 300 metres, hence the suffix—which makes it even longer than RMS Titanic. The majority of that real estate has been dedicated to scientific equipment and tech straight from Silicon Valley.

In fact, Earth 300 has no less than 22 state-of-the-art laboratories. The vessel’s pièce-de-résistance, though, is the jaw-dropping “science sphere” that resides on the aft deck. Iddes says the jet-black globe houses a “science city”—presumably a vast area dedicated to oceanic research. Aside from its lofty ambitions, it also happens to look dead cool.

As you might expect, the vessel also incorporates the latest in robotics and AI technology, along with a fleet of advanced underwater vessels to help with deep-sea studies.

“We wanted to create a design that would inspire,” Jefferson said in a statement. “When one looked at the sphere, we wanted them to be inspired to protect Earth. When one would walk into the sphere, now housing the science city, and felt the action of all the ongoing scientific works, we wanted them to be inspired to become an alchemist of global solutions.” 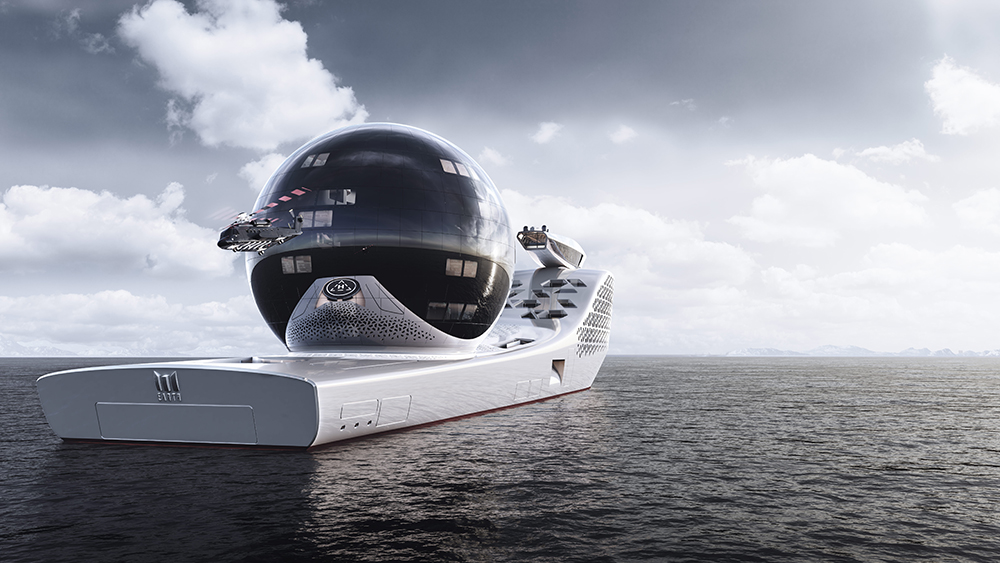 The sphere holds a “science city” where vital research can be carried out.  Iddes Yachts

Beyond the striking science orb, the vessel also has a standout observation deck located forward of the vessel. It will offer seafarers unparalleled views of the surrounding environment when a break from research is required. The foredeck, meanwhile, sports a helideck for a chopper that can support further exploration by air while providing transport to and from the vessel when needed.

As for who will actually stay aboard this floating research mecca, well, it has the capacity to hold more than 400 people. The accommodation can sleep a total of 160 scientists, 20 experts-in-residence, 20 students, 40 VIP guests and some 165 crew.

“The ship will introduce features found on cruise, expedition, research and luxury yachts, but she will be none of them,” the CEO of Earth 300, Aaron Olivera, said in a statement.

As you would expect from vessel charged with studying the ocean, Earth 300 is designed for emissions-free sailing. The vessel will reportedly be powered by nuclear tech known as molten salt reactors (MSRs). These mini-nukes are said to provide sustainable, clean energy and may be cheaper than other types of propulsion. Research on MSRs stalled in the 1970s, though the power source has made something of a comeback in recent years. In fact, Danish startup Seaborg Technologies recently secured US$24 million for maritime reactor development.

So, when can we expect Earth 300 to start actually traversing the Earth? The preliminary vessel design and naval engineering are now complete, and the project has gained a number of partners, including IBM, RINA, Triton Submarines and EYOS Expeditions. Iddes anticipates Earth 300 will launch in 2025, which gives just enough time to recruit the crew.

Check out more renders of the vessel below: 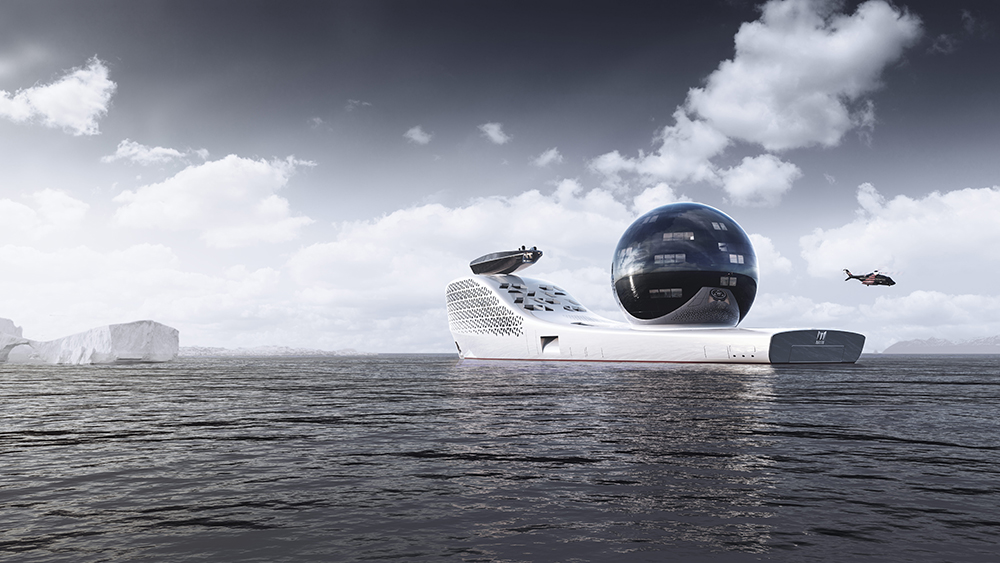 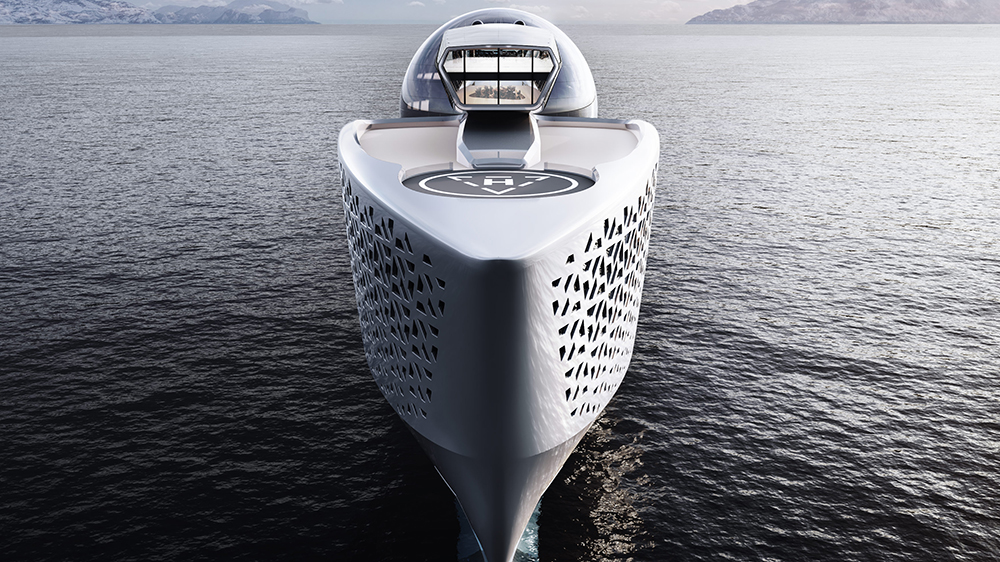 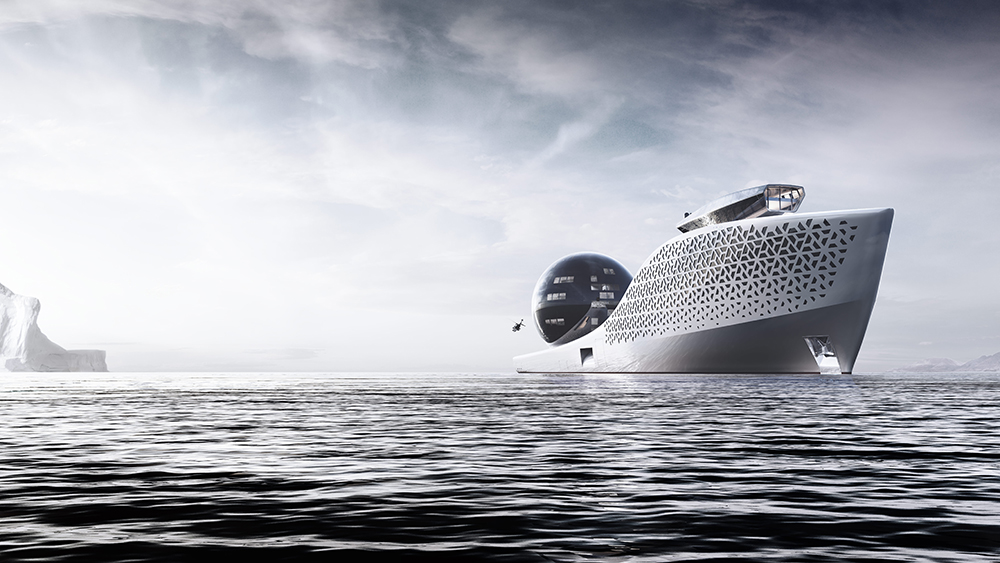