The watercraft was made using the startup’s new continuous fibre manufacturing tech.

The last decade has seen 3-D printing grow by leaps and bounds, with the technology being used to make everything from classic car parts to watch cases. And now a tech startup wants to bring that technology to the water in the form a high-performance powerboat.

Moi Composites will unveil the world’s first 3-D-printed fibreglass boat at this weekend’s Genoa Boat Show. But MAMBO, an acronym for Motor Additive Manufacturing BOat, isn’t just a flashy tech demo; it’s also a striking watercraft that sounds as if it might have some serious chops.

The unconventional boat was built using the Italian startup’s new continuous fibre manufacturing technology, according to a press release. Guided by a generative algorithm, the technique deposits continuous fibres into a thermosetting resin to produce a material that has the strength and durability of traditional fibreglass but is much easier to shape and will save both time and money. 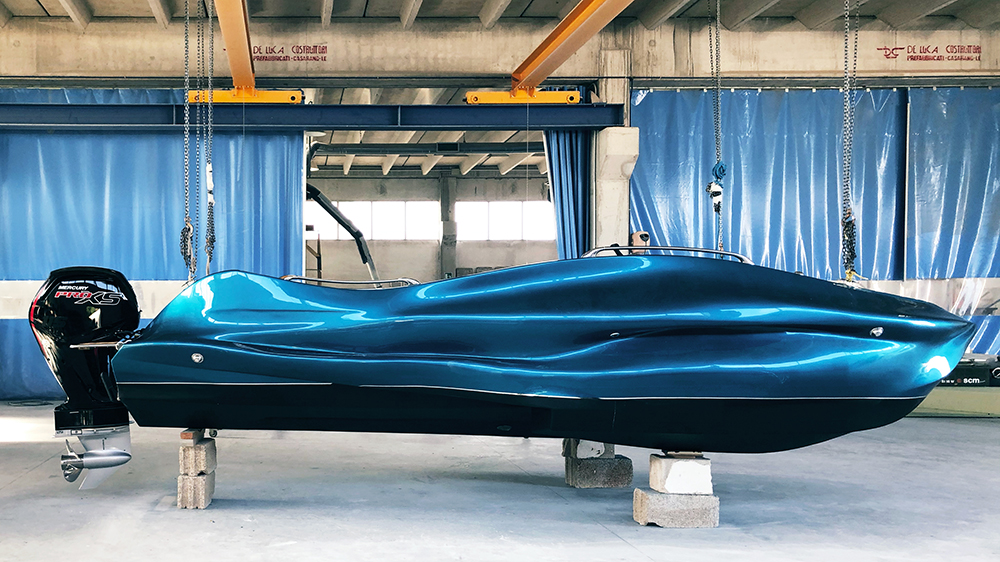 To show off the new technology, Moi Composites has used it to produce a boat with a striking design. The MAMBO isn’t big, measuring 6.5-metres in long and just over eight feet wide, but it packs a lot of originality into a relatively small footprint. The vessel features an inverted tricycle shape and has a hull covered with organic, flowing lines from front to back that call to mind the third-generation Corvette.

Aside from its curvaceous carbon-fibre hull, the metallic aquamarine boat is outfitted with cork flooring, white leather seating, a high-tech navigation system and a 115cv engine. Though no performance specs have been made available, that engine and the boat’s lightweight (it tips the scales at 800kg) suggest the vessel will boast plenty of speed. 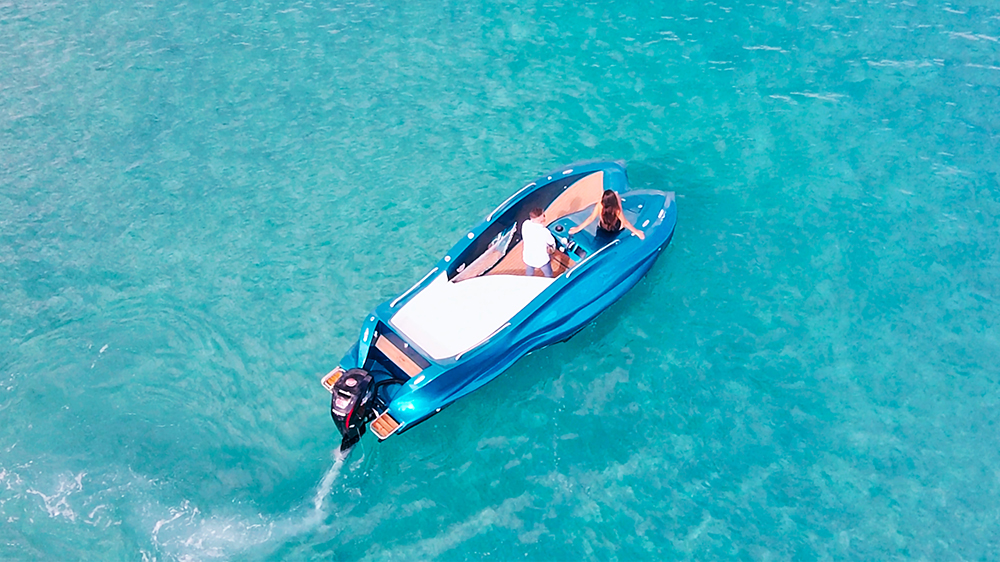 Moi Composites believes its 3-D technology will make once-unlikely concepts like the MAMBO a more common reality. “The creativity of many designers today is suppressed due to various factors: technological, geometric limits, or production costs,” the startup said in a statement. “And there are countless noteworthy projects, destined to remain magnificent renderings forever. However, with CFM technology, these designs can become real.”

The MAMBO will be on display at Genoa Boat Show from Thursday until next Tuesday. While Moi Composites has announced no plans to put the carbon-fibre vessel into production, we can only hope that some boat maker will see the vast potential of 3-D printing for the future of boat design.