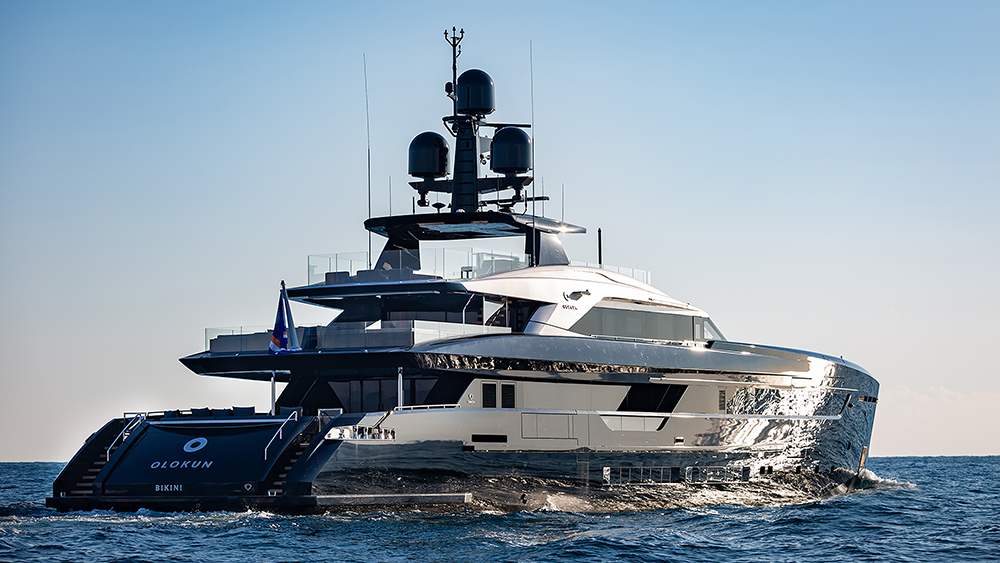 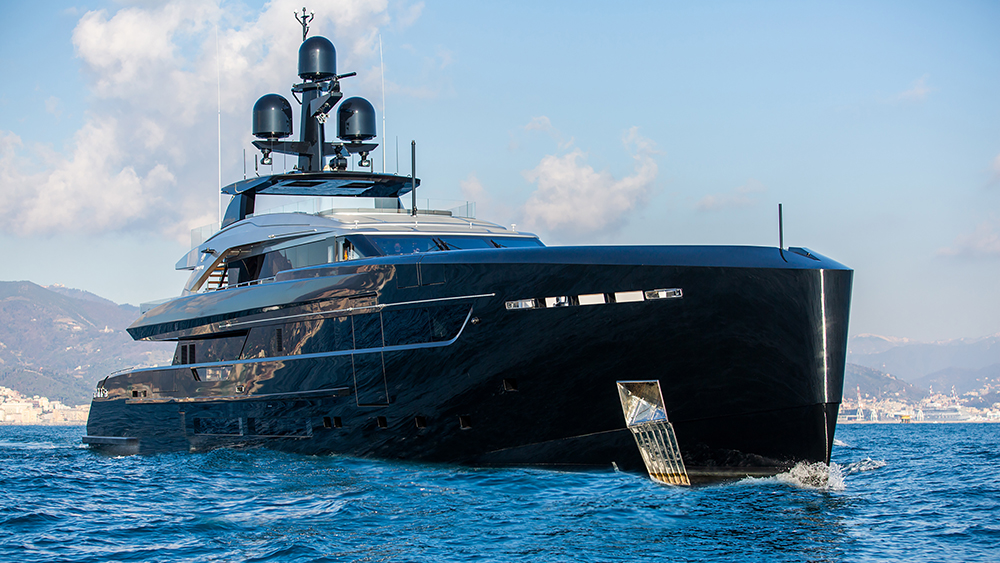 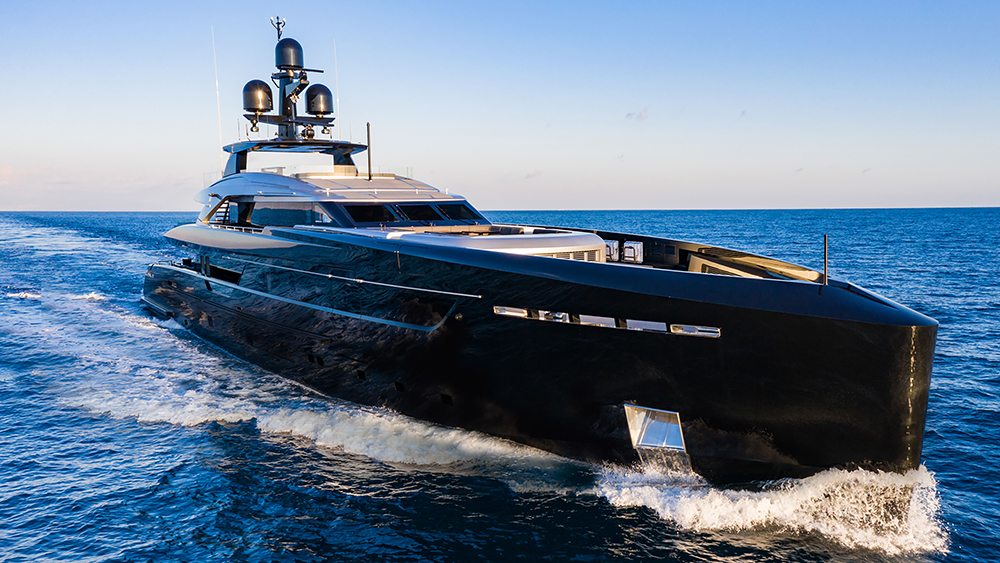 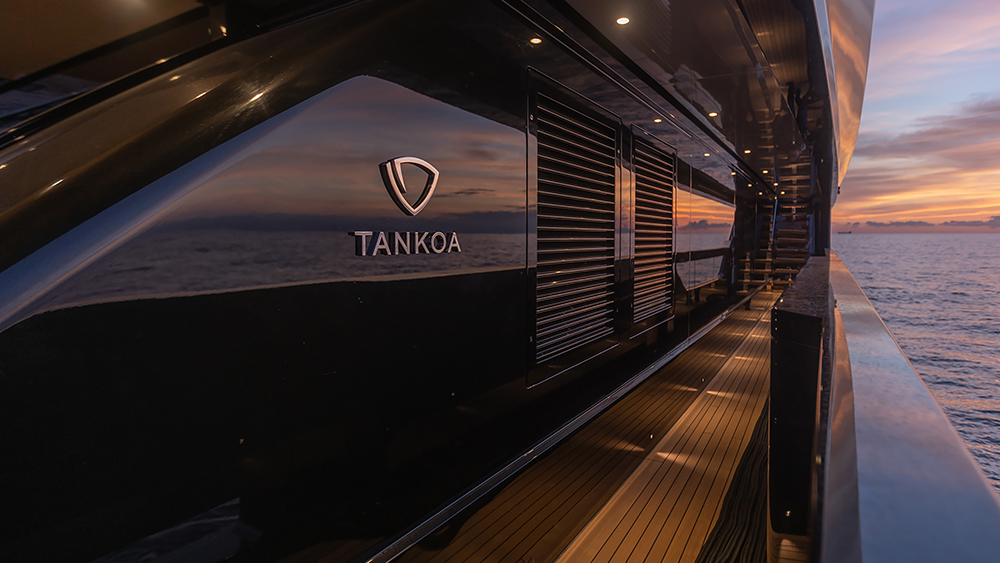 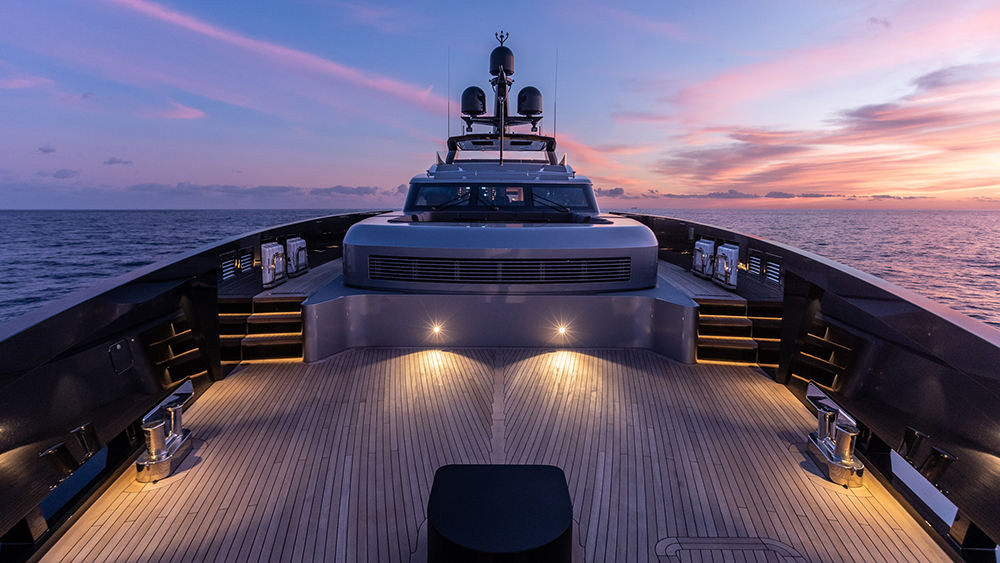 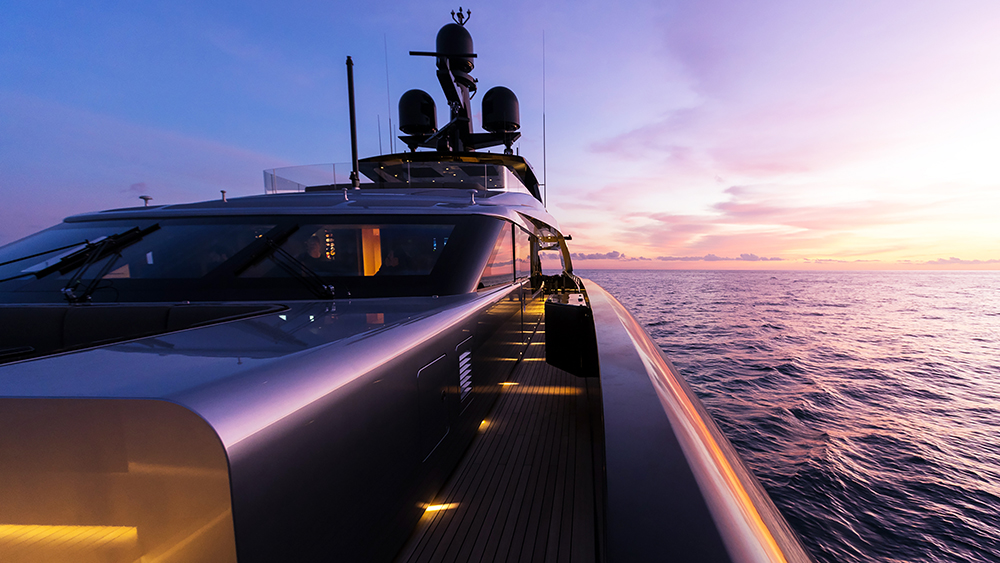 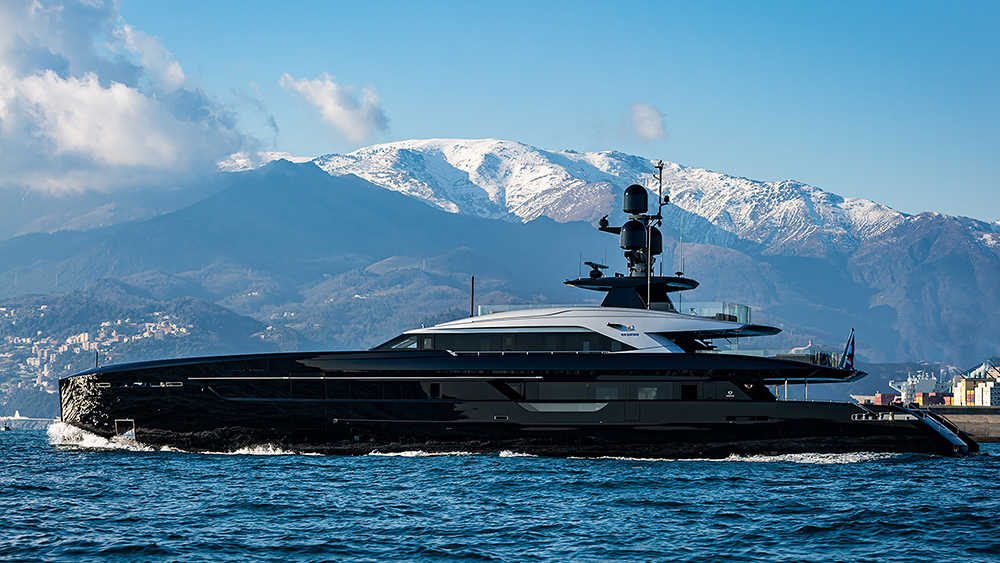 The delivery from Tankoa is en route to the Côte d’Azur where she will spend her first season.

Tankoa has a new shining star in its superyacht fleet. The acclaimed Italian shipbuilder has just flaunted an all-aluminium 50-metre that’s eye-catching, to say the least.

The vessel, known as Olokun, is the third hull in Tankoa’s 50-metre series to hit the seas after sister ships Vertige and Bintador. Started on spec, the 500GT tri-decker was sold by Campers & Nicholsons in March 2020 and delivered to her new owner at the end of last year. Now, the prized superyacht has been photographed en route to the Côte d’Azur and she looks nothing if not striking.

Designed by the acclaimed Francesco Paszkowski, Olokun features sleek, sporty lines and an eye-catching paint scheme with a jet black hull and metallic superstructure. The distinctive exterior is also finished in a high-performance coating that reduces the temperature of the aluminium in sunlight by roughly 10 degrees Celcius. This prevents the dark hull from absorbing the sun’s rays and overheating. 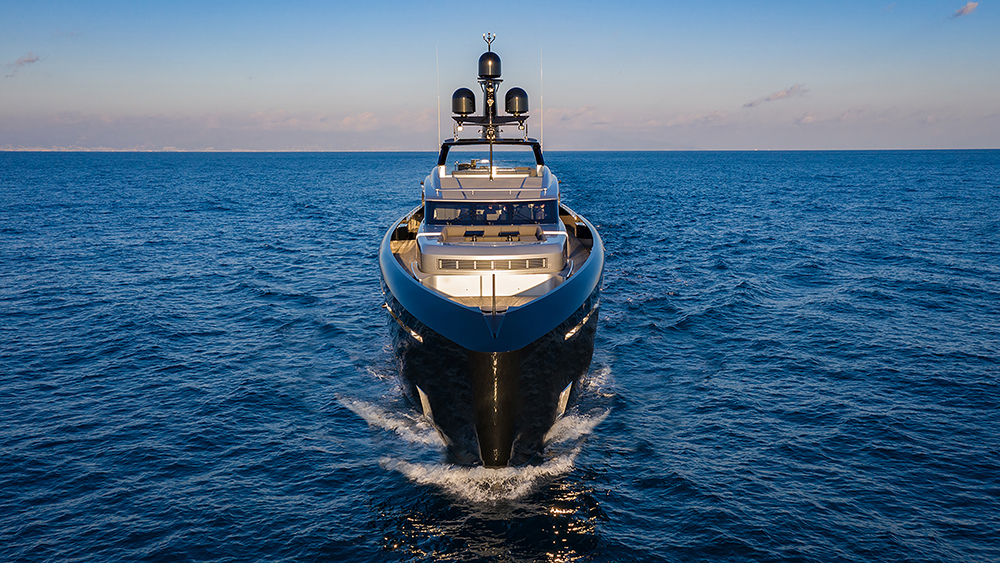 Onboard, Olokun has been designed to meet the owner’s exacting standards. The interior design firm Casa Dio worked with the owner’s personal team to make the yacht’s rooms suitably luxurious and comfortable. In terms of layout, Olokun mirrors her predecessors save for two main differences. First, the main deck aft is dedicated exclusively to an enormous lounge for relaxation with the dining room on the upper deck, while the forward master cabin is fitted with a private lounge that can also be converted into an extra ensuite cabin if so desired. Elsewhere, the vessel features a side-loading tender garage in the stern and a generous beach club in the transom.

“S501 hull number three was started on spec and the owner came into the project quite late during construction, but as a boutique shipyard we wanted to offer him maximum flexibility to tailor the yacht to his personal needs,” Tankoa’s chief executive Vincenzo Poerio said in a statement. 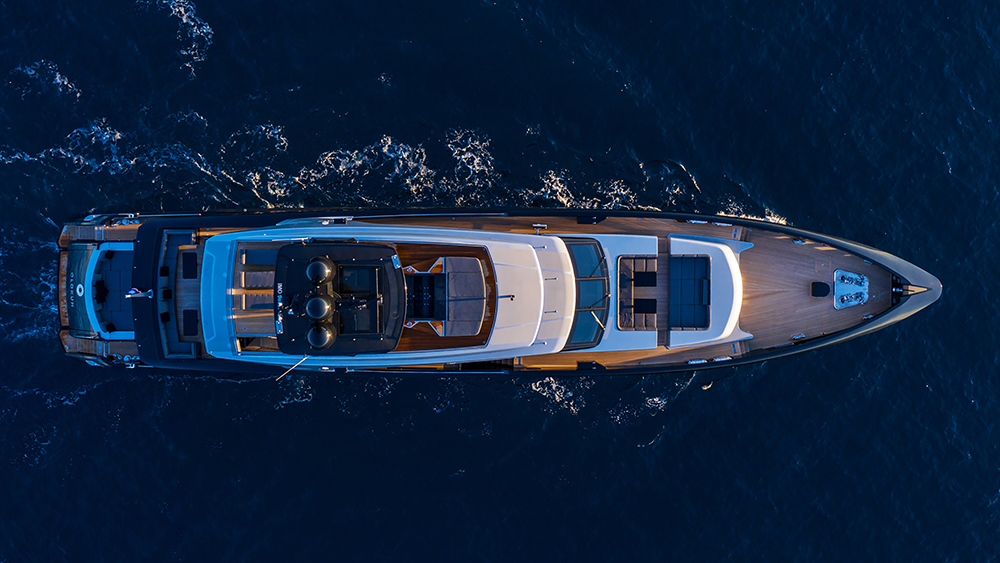 Olokun has been designed to meet the owner’s exacting standards. Tankoa

Naturally, she runs like a dream, too. Olokun sports a semi-displacement hull, along with conventional diesel propulsion which together gives her a top speed of 18 knots and a cruising speed of 14 knots.

“By collaborating with both C&N and the owner’s team, headed up by Casadio Miami, we were able to deliver a beautiful yacht that fully met the client’s expectations,” Tankoa’s sales manager Giuseppe Mazza added.

To top it off, Tankoa has two more matching hulls currently in build at the yard in Genoa. Stay tuned.