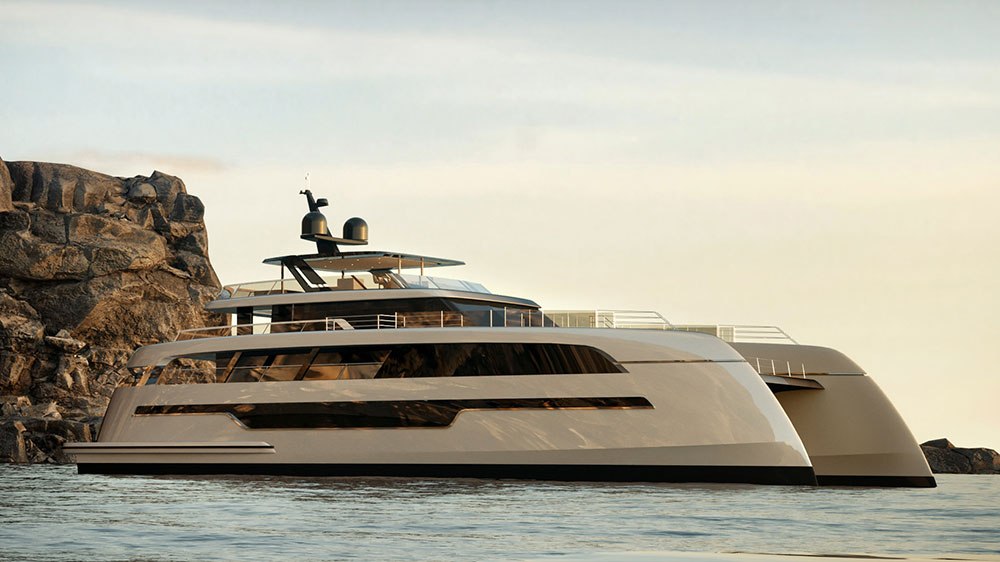 Sunreef’s 33.5-Metre Catamaran Superyacht Is About to Become a Reality

The luxury catamaran will be built at the Polish company’s Gdansk facility and is due to be delivered in late 2021.

It’s never a bad a idea to differentiate yourself in a crowded market. Just ask Sunreef Yachts: At last month’s the Monaco Yacht Show, the yacht maker made a splash by announcing it would build the world’s largest luxury catamaran—the tri-deck, 49M Sunreef Power. Now, it’s taking that conceit one boat further, with construction of the 110 Sunreef Power superyacht.

The Polish boat maker has just signed a contract to build the 33.5-metre multihull vessel, it announced in a press release. Dubbed the 499 GT, the stylish luxury catamaran will be built at the company’s Gdansk facility and is due to be delivered during in the latter half of 2021.

According to Sunreef, the sleek boat, which was designed in house, boasts an original four-deck concept inspired by the supercar industry. The boat features a generous space for its eight guests to rest and relax, including three guest cabins and a grand master suite on the bridge deck that has access to its own private sea terrace.

In addition to the cabins, the 110 Sunreef Power will also feature a number of lounge areas both inside and outside the boat. These include a sun deck lounge with a spa pool, fire pit and bar, along with a forward terrace outfitted with oversized sun pads. There is also an aft cockpit that seamlessly transitions into what the company calls an “immense” saloon on the main deck. Finally, the vessel feature’s a sizeable garage with room for a tender, two large personal watercrafts and a variety of other toys.

The superyacht power comes from a pair of MTU 1361hp (1014kW) engines, according to the release. In addition to guest rooms, there’s also crew quarters with enough space for a staff of nine. Pricing info was not made available.

The announcement appears to signal that Sunreef is serious about carving its own niche in a market dominated by more traditional vessels. With any luck, you may see a whole fleet of luxury catamarans before long. We, for one, think it’s a hull of an idea.