Explorer yachts don’t always deliver in terms of elegance, but Inace is hoping to change that.

The Brazilian shipyard has just unveiled a new flagship, dubbed the Aventura 164, which pairs the go-anywhere capabilities of an expedition vessel with the sleek design and amenities of a superyacht.

The 50-metre vessel is part of a new line launched in 2020. The builder, best known for its explorer trawlers and commercial vessels, opted to partner with an array of Italian firms for each new member of the fleet.

This particular model, which was penned by Sergio Cutolo and the HydroTec team, now ranks as one of the largest in the range. The 499 GT vessel was designed for a client with a Mediterranean yachting lifestyle, who wanted to take his family around the world in comfort, safety and style.

The living quarters, which span roughly 700sqm, were brought to life by Francesco Guida and exude that effortless Italian elegance. You can expect a subdued palette of black, coffee and ivory, along with contemporary décor and furnishings. The layout includes not one but two owner’s suites located on the main deck and lower deck, respectively. There are also four generous guest cabins. 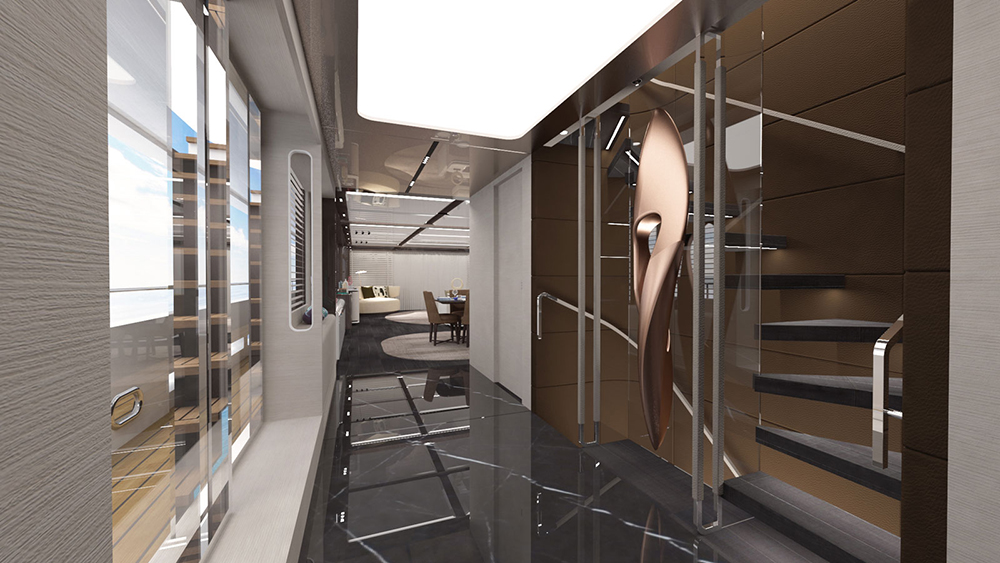 The elegant living quarters were designed by Francesco Guida. Inace

Outside, meanwhile, there’s a sizable beach club and an expandable swim platform with folding bulwarks for a little extra space. Elsewhere, there are two swimming pools and a tender garage that can fit a full arsenal of water toys.

As its moniker implies, the Aventura 164 is outfitted for adventures, too. The yacht sports a high bow to cut through the seas and a steel displacement hull for added strength and endurance. She also has an impressive range of 6,000 nautical miles when travelling at 10 knots.

Construction on the new flagship is set to start shortly and delivery is expected roughly 30 months after building begins. That means you could see the Aventura 164 cruising the Mediterranean in less than three years’ time. 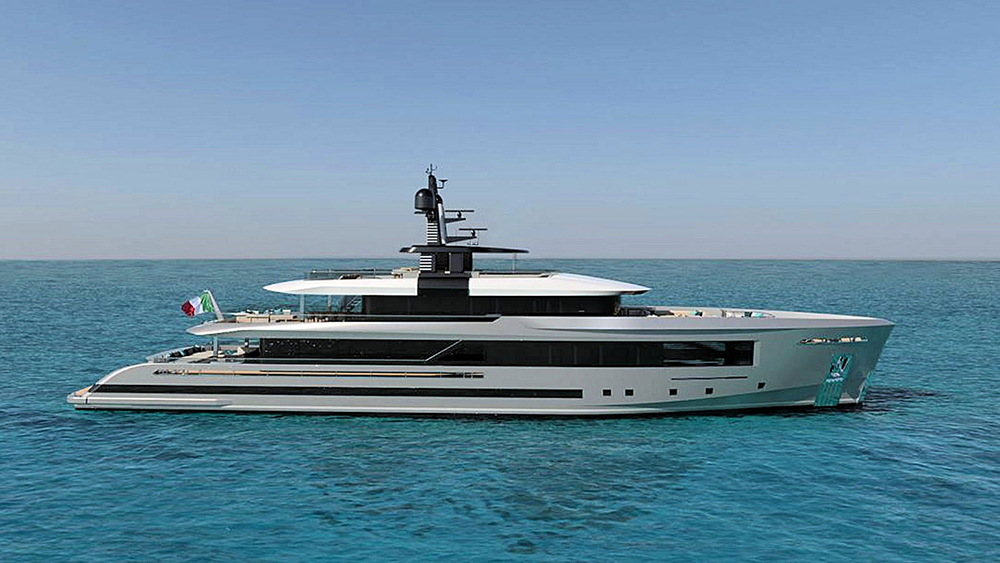 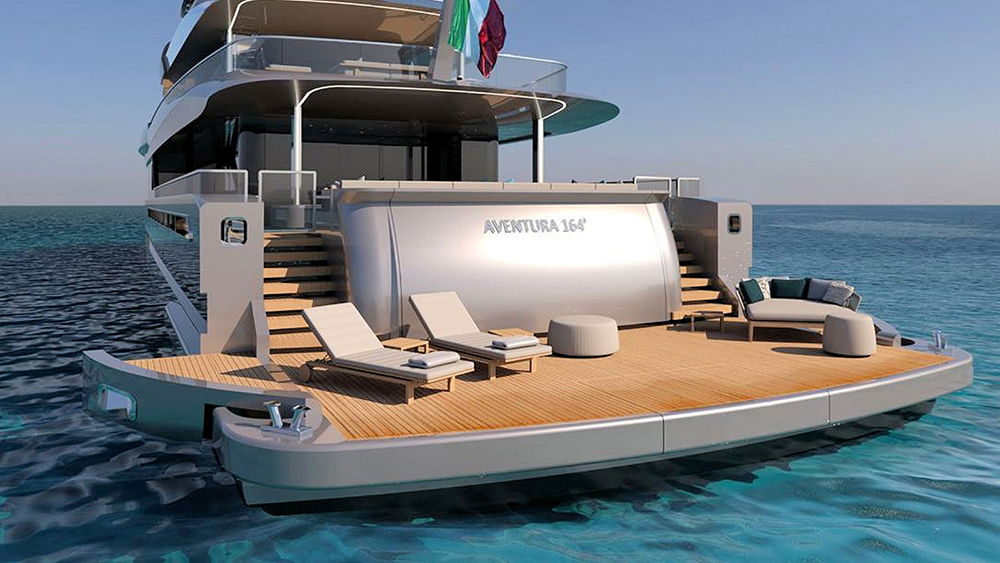 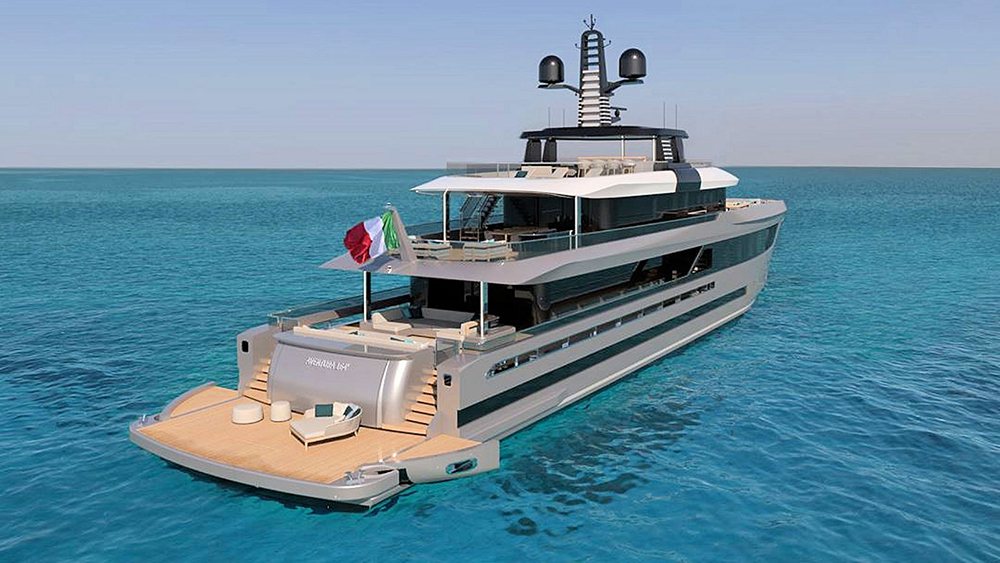 Flavio Constantino
ADVERTISE WITH US