Inspired by seagulls, the vessel has two giant wings spanning 250sqm each.

VPLP’s latest trimaran concept is ruffling feathers for all the right reasons.

The French studio’s disruptive new 148-footer, which goes by the name of Seaffinity, takes cues from “the world of seabirds” in terms of both propulsion and aesthetics.

Penned under the direction of noted yacht designer Patrick le Quément, the vessel’s monolithic shape was inspired by the lightness, fluidity and beauty of the seagull. There is almost a total fusion between the two hulls and the coachroof that results in a streamlined silhouette similar to a gull’s.

Seaffinity can also traverse the globe silently and sans emissions, just like our feathered friends above. It’s even equipped with a pair “Oceanwings,” or two sails spanning 2,690 square feet each, that harness the wind for clean and efficient cruising.

“We wanted to offer customers a new concept of a boat more in harmony with nature,” the studio said in a statement.

The sailing power is supplemented by a hybrid engine that runs on electricity produced by a hydrogen fuel cell. VPLP didn’t give any figures regarding speed or range, but did say the multihull would be partly autonomous.

Onboard, Seaffininty’s living quarters are suitably subdued. (Seagulls aren’t the most attention-grabbing birds, after all.) With a beam of 16-metre, the generous living area is characterized by a limited colour palette and subtle furnishings that keep the focus on the exterior. To the aft, there is a sizable deck complete with sunbeds, a swim platform and diving facilities. 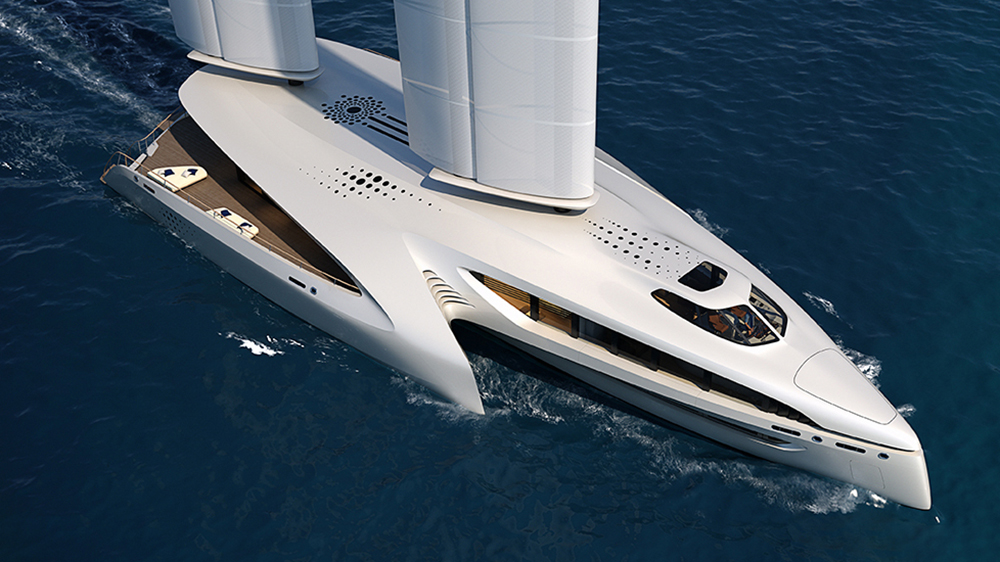 “The ambience is more important than the décor,” the studio adds. “Because what matters while sailing is the outdoors, to be able to marvel at the spectacle that unfolds before our eyes.”

Seaffininty joins a flock of new trimarans that have debuted in recent years. For example, McConaghy Boats unveiled the razor-bowed 46-metres Adastra in 2012, before following up with the 46.6-metre silver-bullet MC155 in 2017. And, that’s just one Aussie builder.

Although Seaffininty is just a concept at this stage, here’s hoping it eventually takes flight. 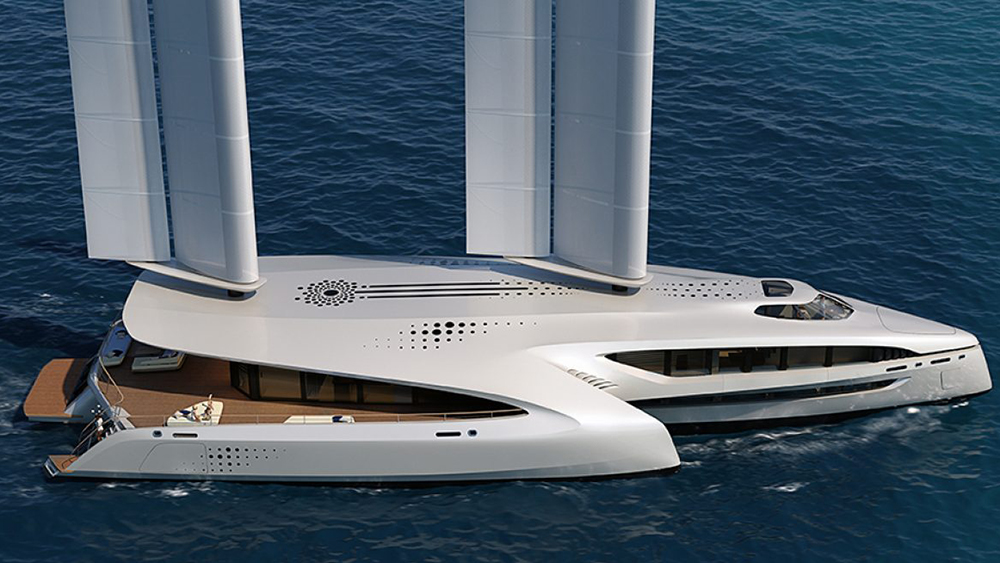 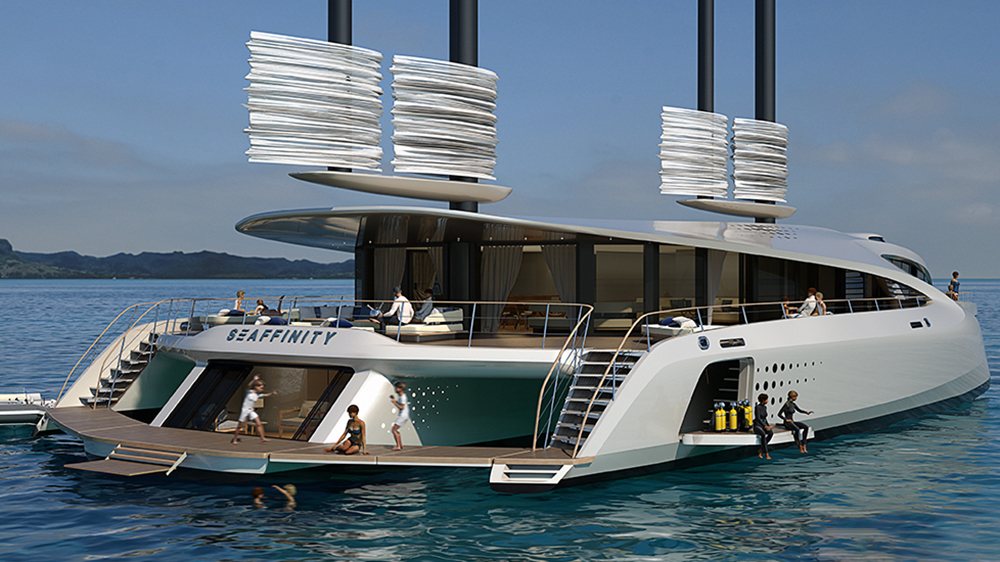 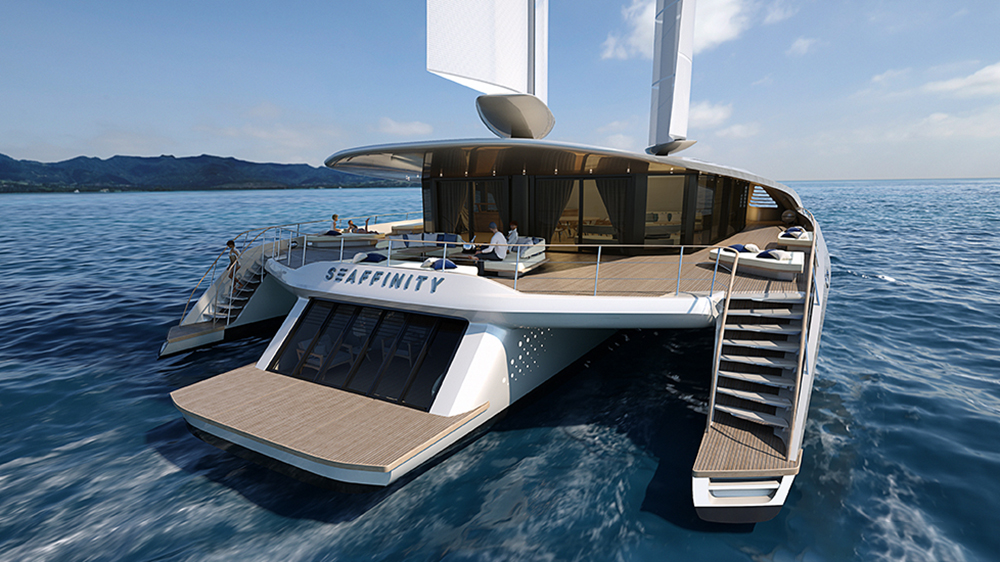