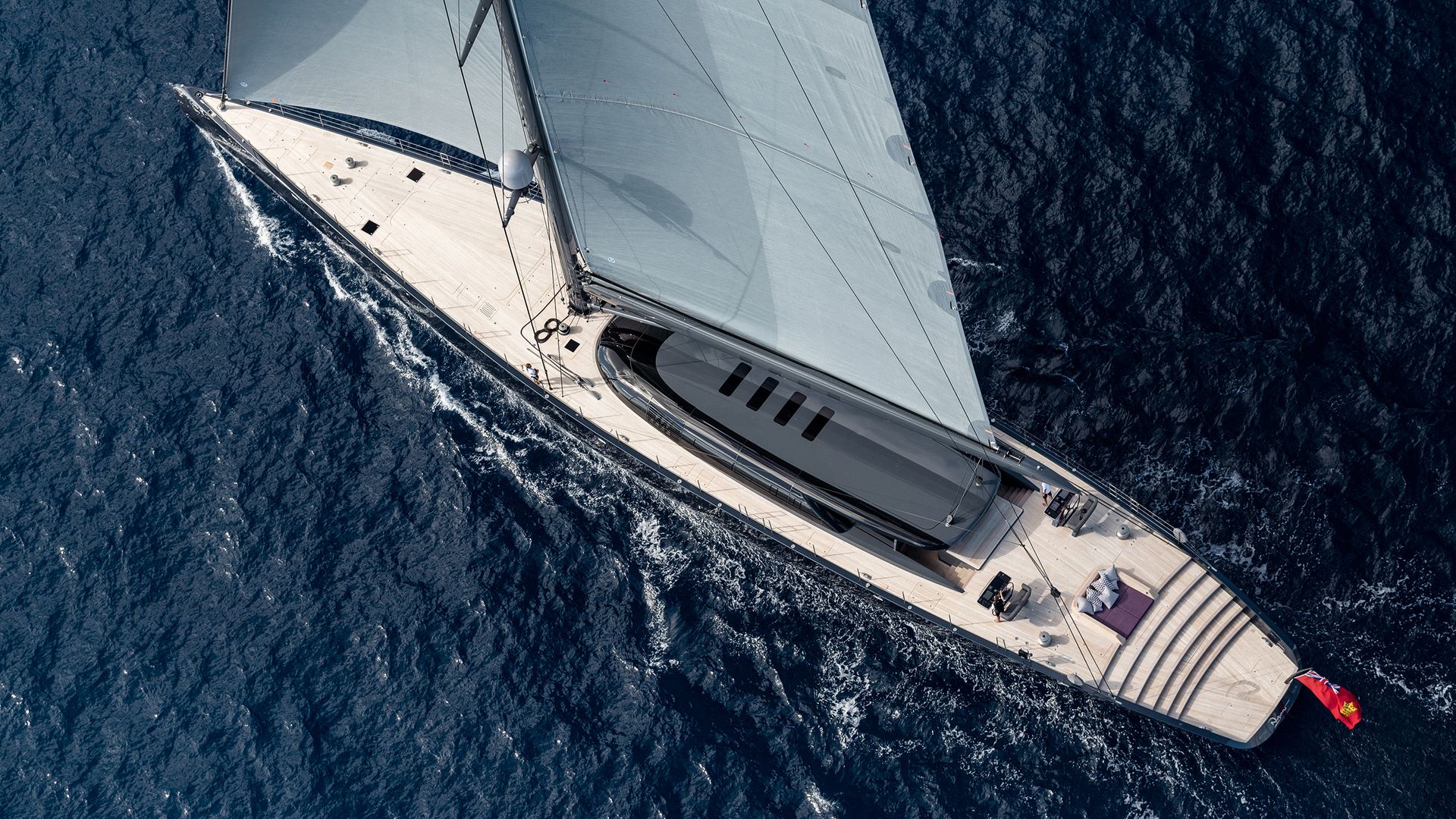 ‘The Beast’ Sailing Superyacht Is For Sale

“Ngoni” has a sleek, low profile, but her massive sails make her a force of nature in the water.

When Dubois Naval Architects began sketching Ngoni eight years ago, nobody realised that it would be the last superyacht project for the late Ed Dubois. At the time, the owner had asked three design firms for concepts, with definite feelings about what he wanted in this bespoke yacht: “Build me a beast,” he told the shipyard, Royal Huisman. “I don’t want a wolf in sheep’s clothing.”

The 58-metre “beast,” for sale for the first time since its 2017 delivery, looks as edgy as ever. Ngoni is actually a subtle design that has been supersized in epic 400 GT proportions.

“The owner wanted something that was going to turn heads and he was prepared to spend the money on high-tech equipment to achieve it,” says Peter Bolke, the naval architect who worked on Ngoni’s design alongside Dubois. 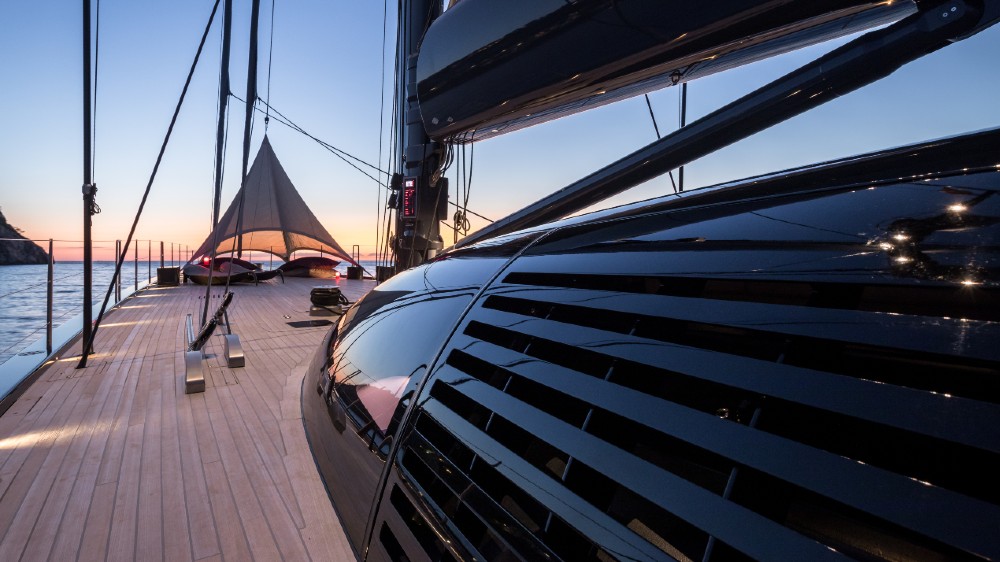 The design called for subtle curves along the superstructure and throughout the interior, with typical superyacht amenities like a foredeck Jacuzzi. Courtesy Fraser Yachts

The yacht’s reverse sheer began as creative expression but soon became key to the yacht’s structural stiffness. Featuring an advanced carbon composite rig, Ngoni’s mast reaches a towering 75-metre with a 853sqm mainsail. Despite her size, the design means that Ngoni doesn’t need a huge amount of sail power to move quickly.

“She’s got a spectacular 100-ton lifting keel with a bulb weight of around 72 tons, ” Bolke told Robb Report. This gargantuan bulb, located at the bottom of the keel, serves as a huge counterbalance that keeps the yacht stable as its massive sails propel it forward. “People don’t tend to appreciate the engineering involved in something like that,” says Bolke. “But it’s a hugely specialized piece of equipment with extravagantly built internals.” 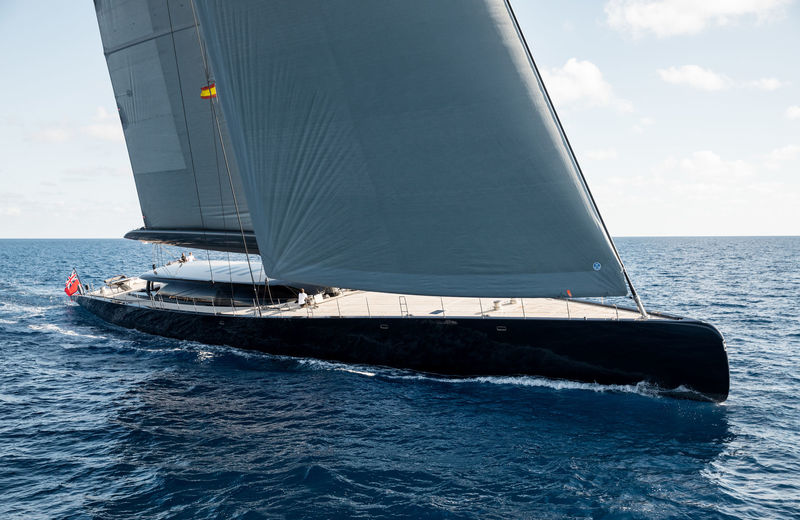 The lifting keel adjusts from 26 to 17 feet, which means the yacht can cruise shallow waters and enter smaller Mediterranean ports without compromising on blue-water sailing performance with the deeper draft.  The boat’s manual steering system puts further emphasis on performance, rather than world cruising. 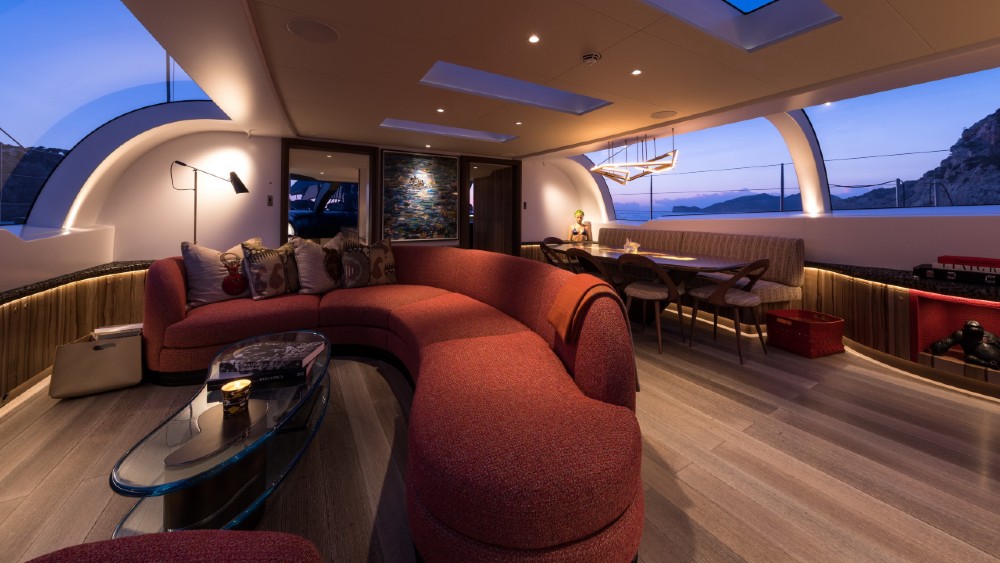 The marriage of form and function extends across Ngoni, including this lounge and outdoor dining area. Note the curves in both the structure and decor. Courtesy Fraser Yachts

“All sailors like to feel the helm, and the owner requested direct steering,” says Bolke. “So, it was a fine balance to make her light enough to turn manually but not so light that she grabs the leading edge and fights back.”

The striking rounded plumb bow also creates less wind disturbance. A clean, clutter-free deck is complemented by a low-profile superstructure constructed from double-curved, moulded glass. Aside from looking beautiful, this unique design fills the interior, with a 34-ft. beam, with natural light. 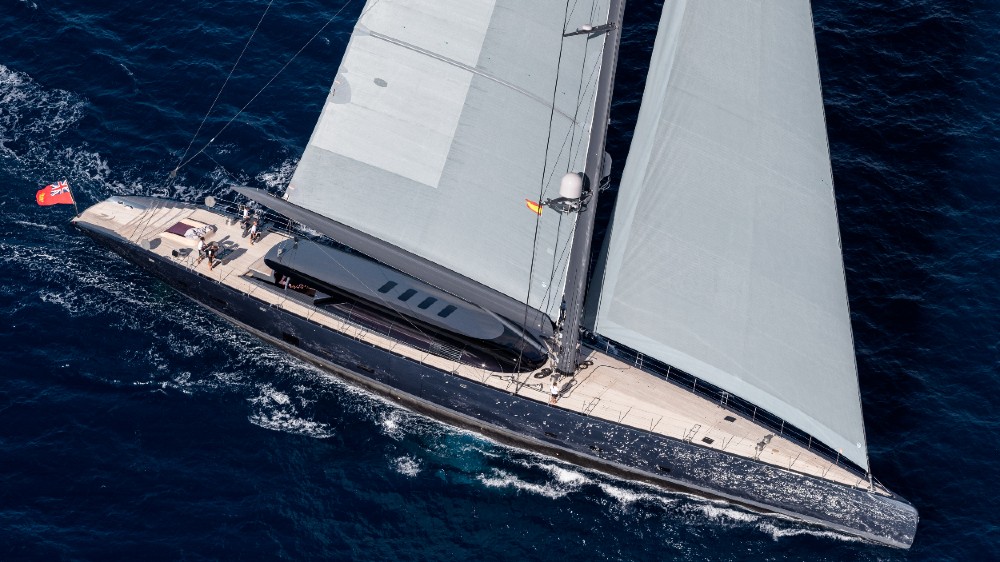 Under sail, the boat is a true beast, with a massive  mainsail and keel that weighs 90,700 kg

“Ngoni is sloop rigged, so from a performance aspect, longitudinal stiffness was really important,” explains Bolke. “The yacht has one mast, a forestay and a backstay. That puts a lot of compression into the bottom of the boat, so we included a wide, thick bulwark cap to counter the stresses of the mast compression and used recessed furlers in the foredeck to give it that super slick look.”