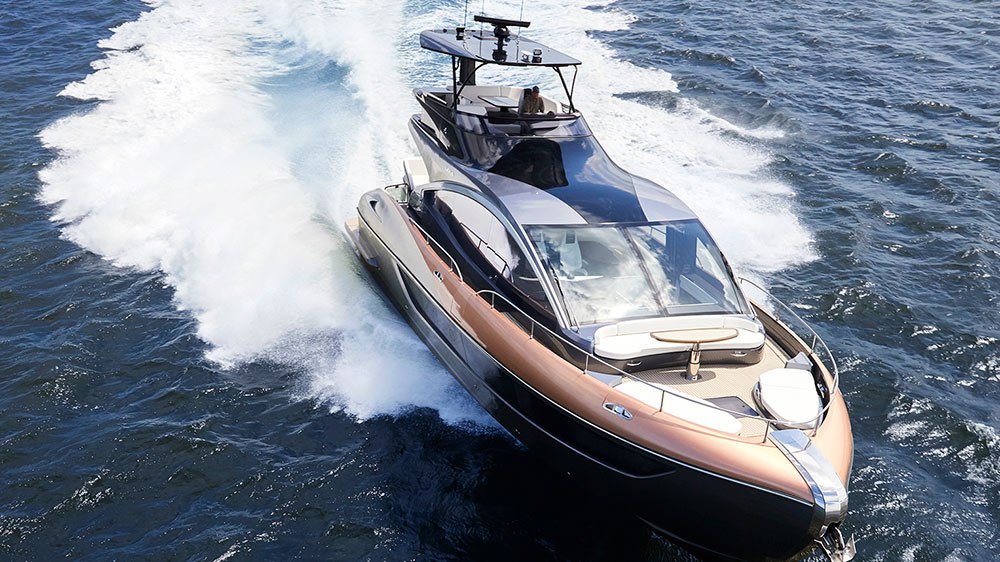 Lexus’s First Yacht Will Finally Go On Sale for $5.4 Million Next Month

You might think the world’s most expensive Lexus is an ultra-luxurious new car, but it’s not. Instead, it’s a performance yacht that’s finally set to go on sale next month.

Two years after Lexus first dipped its toes into the yacht-making pool, the company is finally ready to fully take the plunge, reports Forbes. Starting in late October, the Japanese luxury automaker’s first production boat, the 20-metre-long LY 650, will go on sale in the US with a starting price of around $5.4 million.

Lexus first tried its hand at yacht making in 2017 with the one-off 12.8-metre  Sport Yacht Concept, which was made in collaboration with Wisconsin boatmaker Marquis-Larson. The two companies have again teamed up for the LY 650, which officially launched last week in Boca Raton, Florida.

So what exactly are you getting from the world’s most expensive Lexus? A whole lot. The company’s new boat has a gorgeously flowing carbon fibre exterior that takes its cues from two of its most stylish cars, the LC coupe and LS saloon. As previously reported by Robb Report, its coupe-like profile is an attempt by the company to bring its “L-finesse” automotive design language to the water. It also features a salon and three berths, for passengers to lounge in while out on the sea.

Things aren’t any less stylish inside the yacht. Venice-based firm Nuvolari Lenard is responsible for the interior’s sporty-yet-elegant feel—curving lines awash in white and wood. There are three bedrooms, each of which feature their own ensuite facilities, and the boat can comfortably sleep six and accommodate up to 15. The previously mentioned salon is also outfitted with two comfortable captain’s chairs and two integrated sofas.

Because this is a Lexus, the powertrain is no slouch, either. the The LY 650 is powered by twin Volvo Penta IPS engines, which are each capable of outputting up to 1,350 hp. This impressive powertrain allows the boat to reach speeds of up to 31.4 knots. It’s also equipped with cutting-edge tech, like “LY-Link,” which delivers a real-time update of the voltage, fuel and water levels. It also detects abnormalities and send alerts when maintenance is needed.

While it may seem strange to see Lexus’s latest offering zipping through the ocean, the LY 650 is a huge step forward in the brand’s strategy. The company has ambitious plans to expand into the culinary, design and film worlds. If the LY 650 is any indication, they’re off to a promising start.

Check out more photos of the boat below: