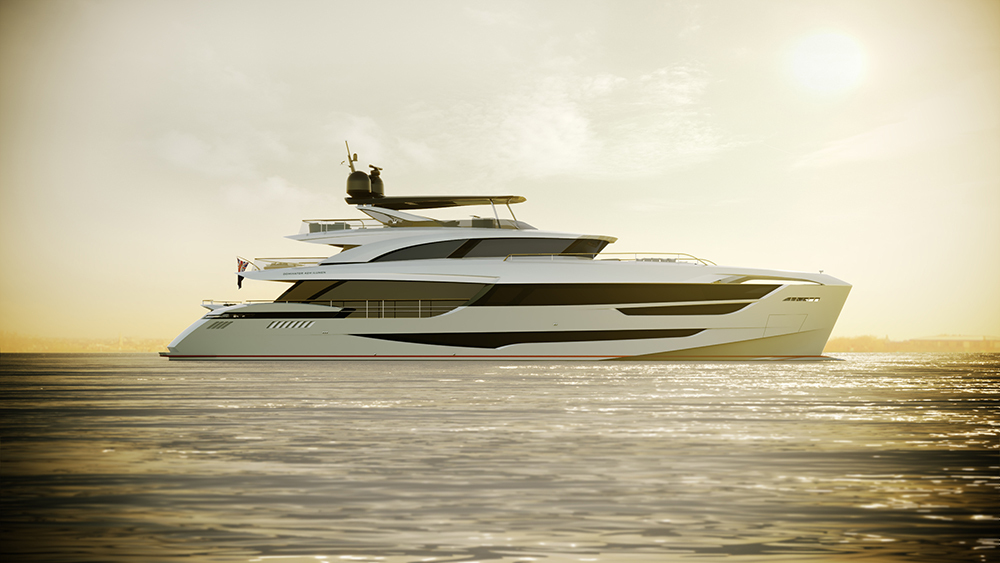 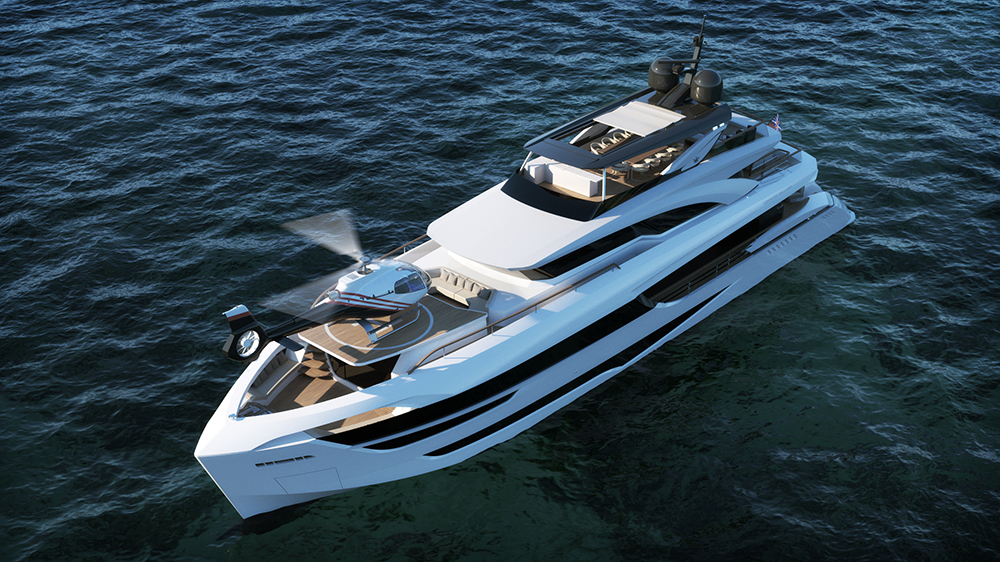 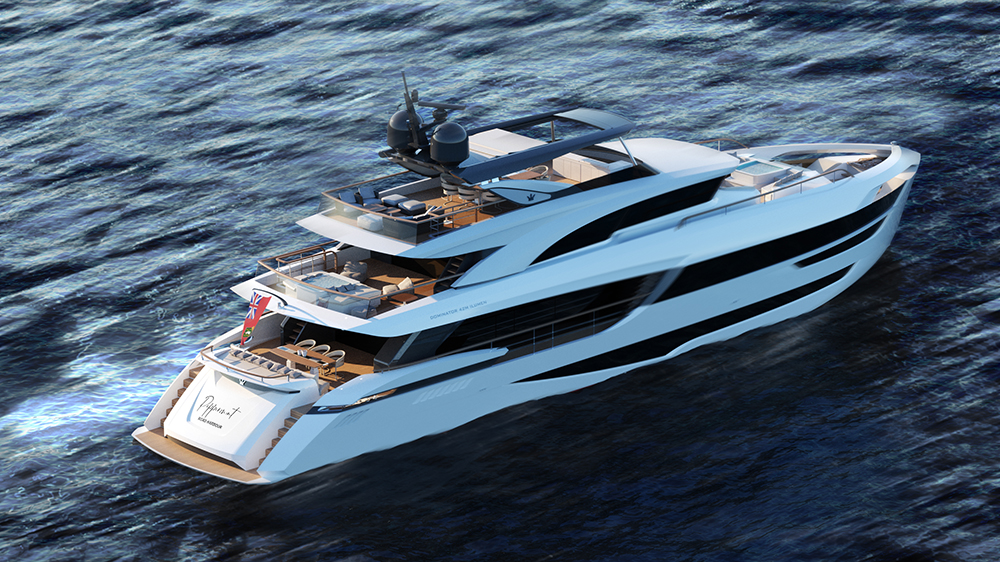 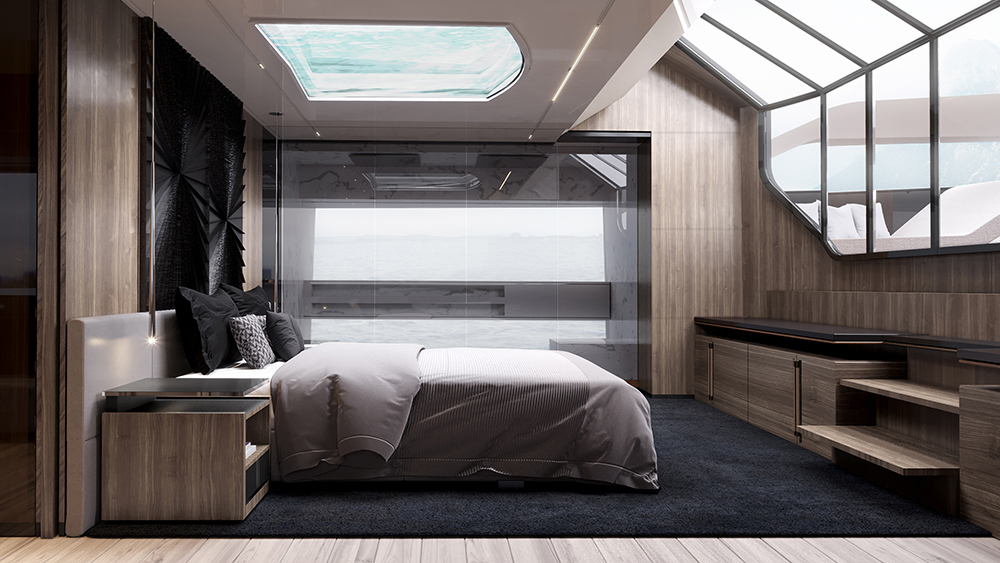 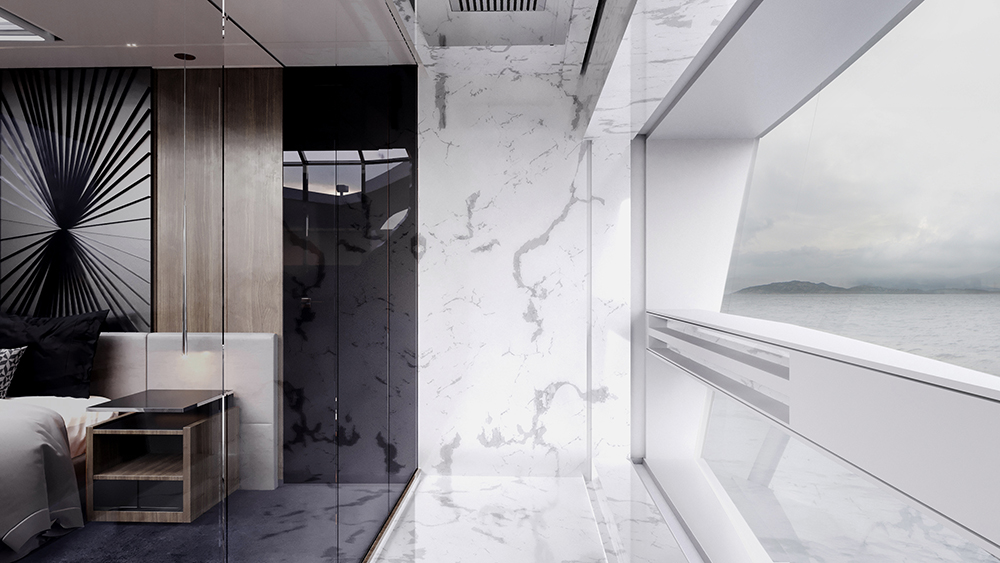 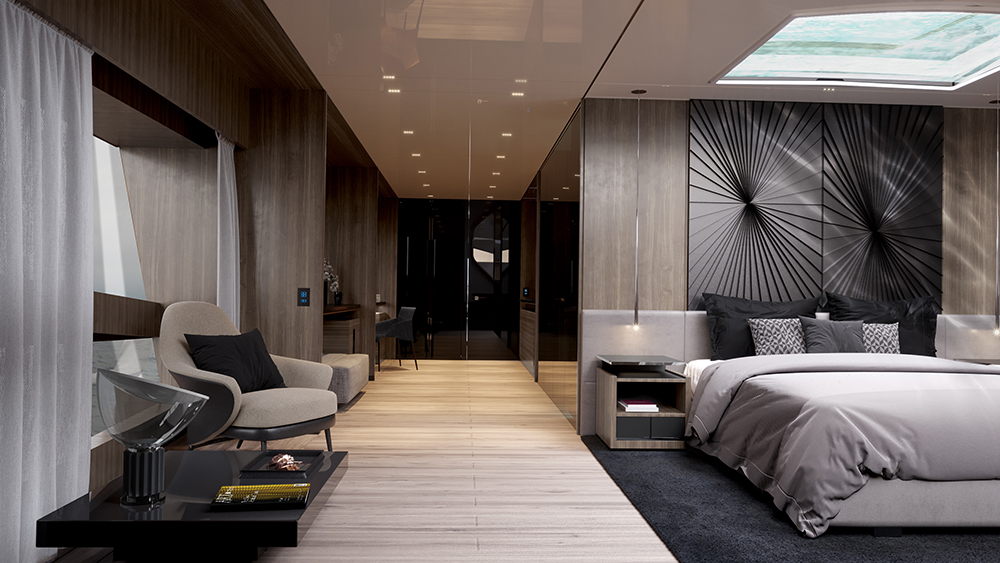 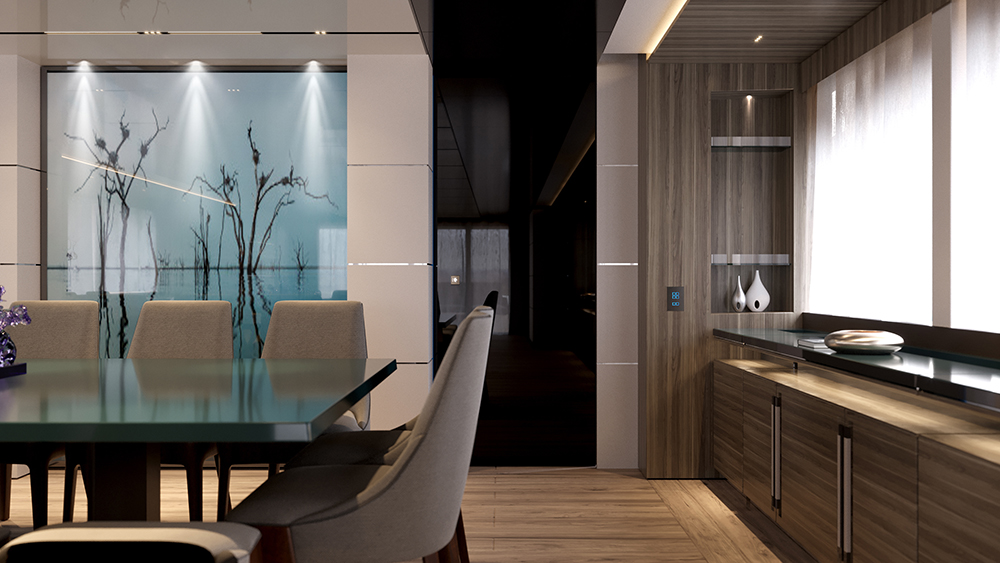 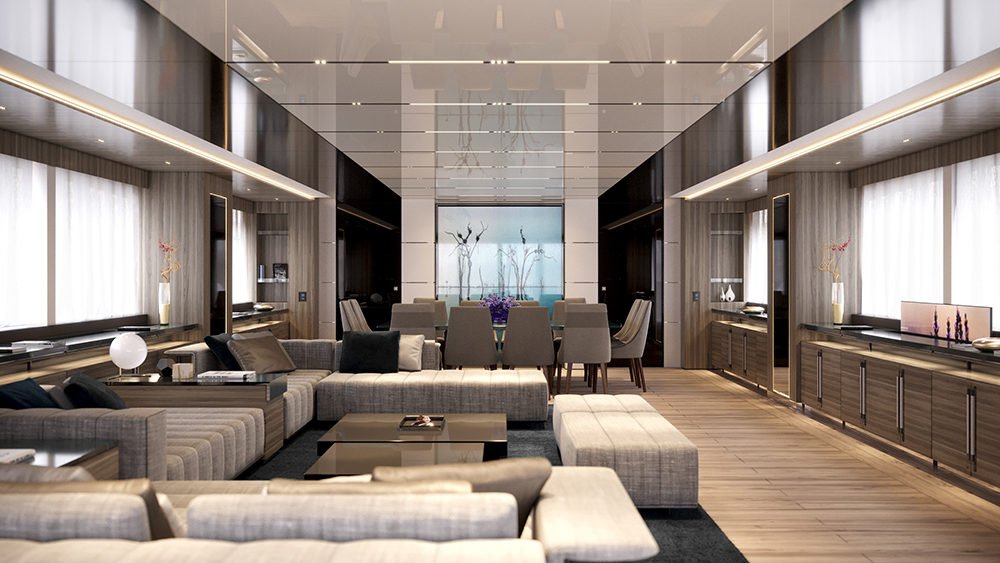 The 42M Ilumen will be the first motor yacht of its size and class with transatlantic capability.

When does three days to get from London to New York sound like a good idea? When it’s aboard a luxury yacht, of course. And when you’re eager to be among the first to cross the Atlantic in a 42-metres on just one tank of fuel.

“I asked myself, ‘What would really push the boundaries and mark our 20th anniversary?’” says Angela Pernsteiner, managing partner/CEO of Dominator Yachts. “I called our chief engineer to say that we need a 42M Ilumen that can reach 19.5 knots and go from London to New York, my two favourite cities, with one tank—and the 42M Tri Deck transoceanic was born.”

The engineers for the Liechtenstein-based company have been hard at work since. Expect the new 42M Ilumen flagship yacht, now under construction at its Italian yard for a German client, to debut at the Cannes boat show in three years. It will be the first motor yacht of its size and class with transatlantic capability and will be offered in semi-displacement and displacement hulls.

Some people celebrate a 20th anniversary with a new set of china; others go for a little something in platinum. Dominator went carbon. “By combining the high-tech, lightweight carbon-epoxy construction with extended structural fuel tanks and the scientific-vessel approach that we used in developing the 28M series—extensive fluid analysis, tank testing, etc.—we will be able to achieve this,” says Pernsteiner of the 42M’s impressive range.

Appropriately, the owner of the first hull (a semi-displacement one) loves to travel, as can be seen throughout the yacht. “He wanted each area to represent different countries and continents,” says Pernsteiner. “For instance, the flybridge has a Middle Eastern theme, with a relaxing ambience and even a hookah lounge.” And the main deck resembles a modern, loft-style penthouse in the heart of New York City.

Like the 28M yachts in the Dominator line, the 42M Ilumen Tri Deck has a moonroof above the bed and a private deck off the master. This is also where the optional touch-and-go helipad would live. The upper deck hosts the lifestyle and detox area, with yoga studio, Technogym machines, smoothie bar, hot tub and plunge pool.

The beach club and four guest staterooms are found on the lower deck. The engine room is down below, too, but you would never know it: Dominator installs thermal- and sound-damping insulation to keep the heat and noise behind closed engine-room doors. The new 42M Ilumen’s maiden voyage will be from—you guessed it—London to New York.