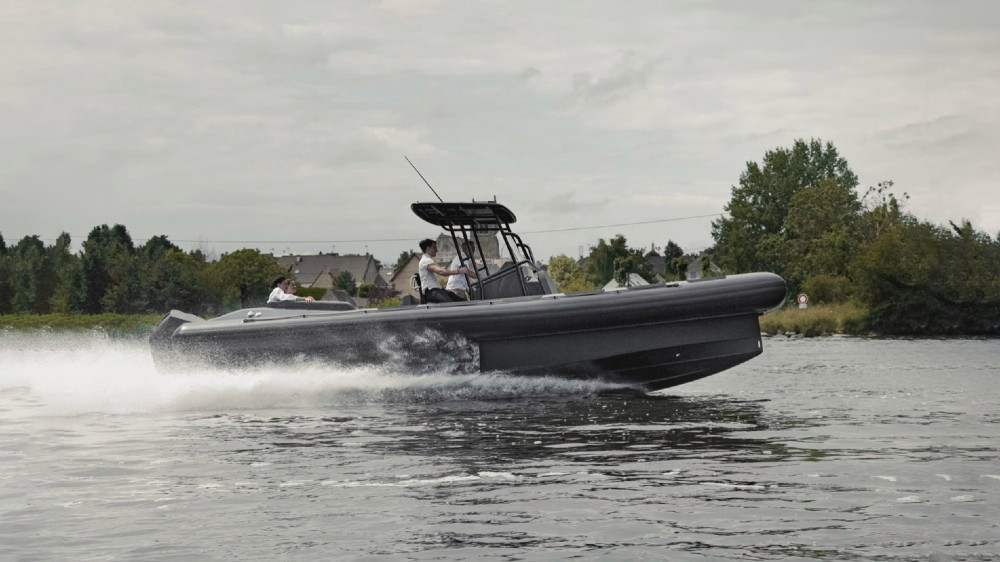 Based on Iguana’s special forces model, the civilian Pro Rider is sleek and fast.

Iguana Yachts has released initial images of its Pro Rider, a sleek, black, amphibious vehicle with twin outboards that should deliver a top end of 45 knots. The limited-edition watercraft is a civilian version of the French boatbuilder’s Iguana Pro, designed to spirit special forces onto beaches or up launch ramps. Iguana hasn’t released more than the images, but says it will provide more information on Pro Rider in September.

Amphibious boats have been around since World War II, but Iguana has brought the design to a fine art with its retractable track system—as opposed to the wheels on some other amphibious boats.

Out of the water, the tracks work like a tank, giving the boat a strong grip on different types of terrain; it can climb hills with up to 40-percent inclines. The engineers worked hard to retain the boat’s centre of balance, so it feels stable on both land and water. The Iguana can making landings even in four-foot waves. 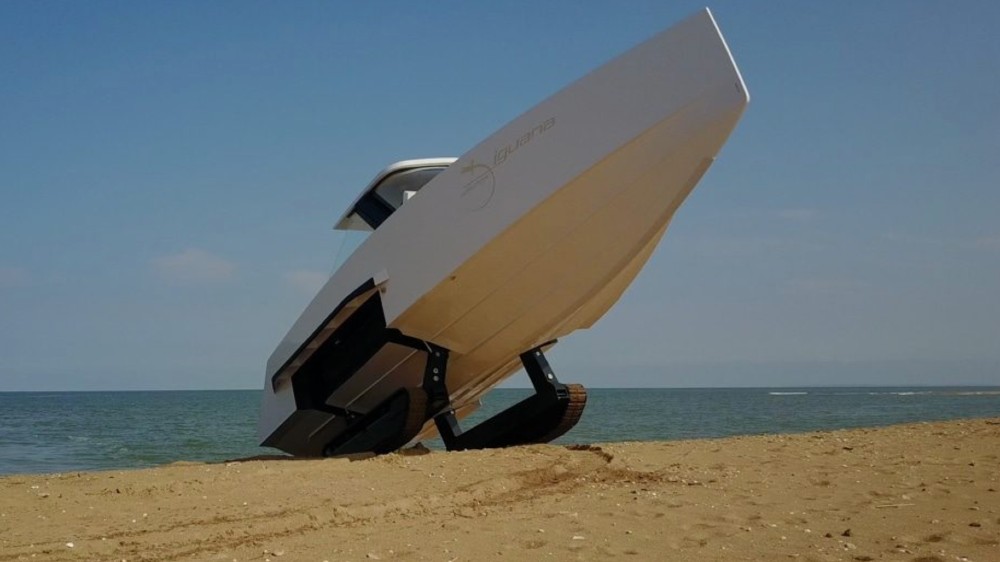 In boat mode, the Iguana resembles several modern European boat brands, with similar vertical bows and high gunwales. The landing gear folds into the shape of the hull, like the wheels of an aeroplane, so it runs smoothly, even in choppy seas. The boat is made of aluminium and carbon to keep weight low. Thanks to the twin outboards and modern running surface, the Iguana has the same kind of speed and seakeeping abilities as a traditional motorboat its size.

Like other boats, it comes with modern electronics, including GPS, chartplotter, depth finder and Bluetooth wireless streaming to the Bose speakers. Iguana is also the only amphibious boat builder to offer an electric track option that works on batteries rather than a gas generator. 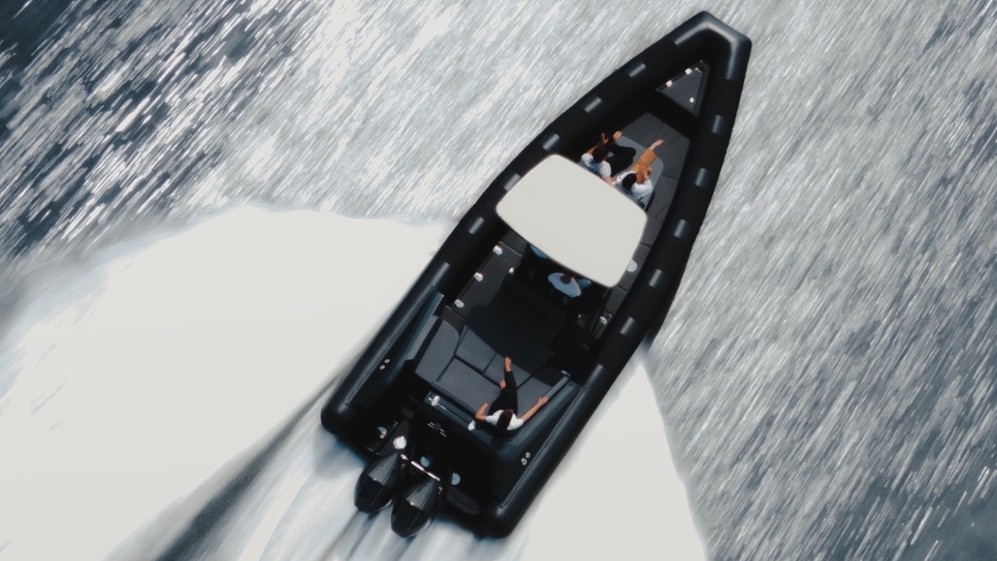 The limited-edition Pro Rider is one of nine other styles in the Iguana line, from the SUV styling of the X100 to the Commuter, which has a high-tech convertible hardtop that lowers to keep the helm area dry. Last year, the company also launched a new design that serves as a superyacht tender. The Pro Rider has a T-top, according to the images, along with a very cool-looking black helm station.

The company will be giving demo rides at the Cannes boat show in September, straight from the beach into the sea.