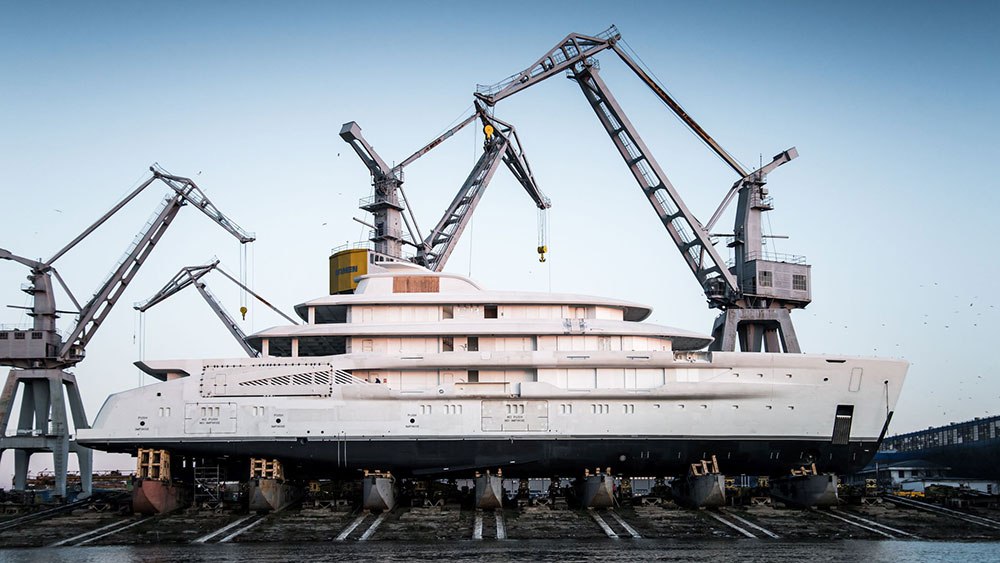 The boat’s 2850 gross tonnage makes it the ship builder’s biggest vessel by volume.

Amels is ready to prove that sometimes bigger really is better. The Dutch shipbuilder is getting closer to delivering its largest ever yacht after the boat hit the water for the first time earlier this week.

The 78-foot full-custom superyacht was successfully launched at the Amels’s Damen Shipyards hull-building facility on the Danube on Wednesday, the company announced in a press release. While not quite as long as the 83-metre Here Comes the Sun that the shipbuilder showed off at the Fort Lauderdale International Boat Show in October, its 2850 gross tonnage makes it the ship builder’s largest vessel by volume.

First announced at the Monaco Yacht Show in 2017, the superyacht will feature an exterior and general arrangement from superstar naval designer Espen Øino. Calling the project an “intense collaboration” with the shipbuilder, Øino hinted at some of his favourite exterior features, including a giant pool on the top deck and hidden balconies which have direct access to the yacht’s cabins. “A lot of people don’t notice this because when you look at the profile view they’re not very visible,” he said. “But when you draw the boat in 3-D you can see these balconies coming out.” Other details remain under wraps, but Amel said the boat’s interior is being designed by François Zuretti.

In attendance for the vessel’s launch midweek in Romania were Øino, Amels Managing Director Rose Damen and Andrew Tree of Superyacht Technical Services, who was acting as a representative for the unidentified owner.

“This truly custom yacht, with stunning design both inside and out, could only be achieved with the greatest collaboration, having the very best of European design and the highest quality of construction and management,” Tree said. “It has been a pleasure to represent the owner throughout this prestigious build process and we look forward to her completion and delivery in 2021.”

Now that it’s in the water, the boat will be transported to Amels’s outfitting yard in the Netherlands. Though there is plenty of work still to be done, the yacht is expected to be completed in 2021.