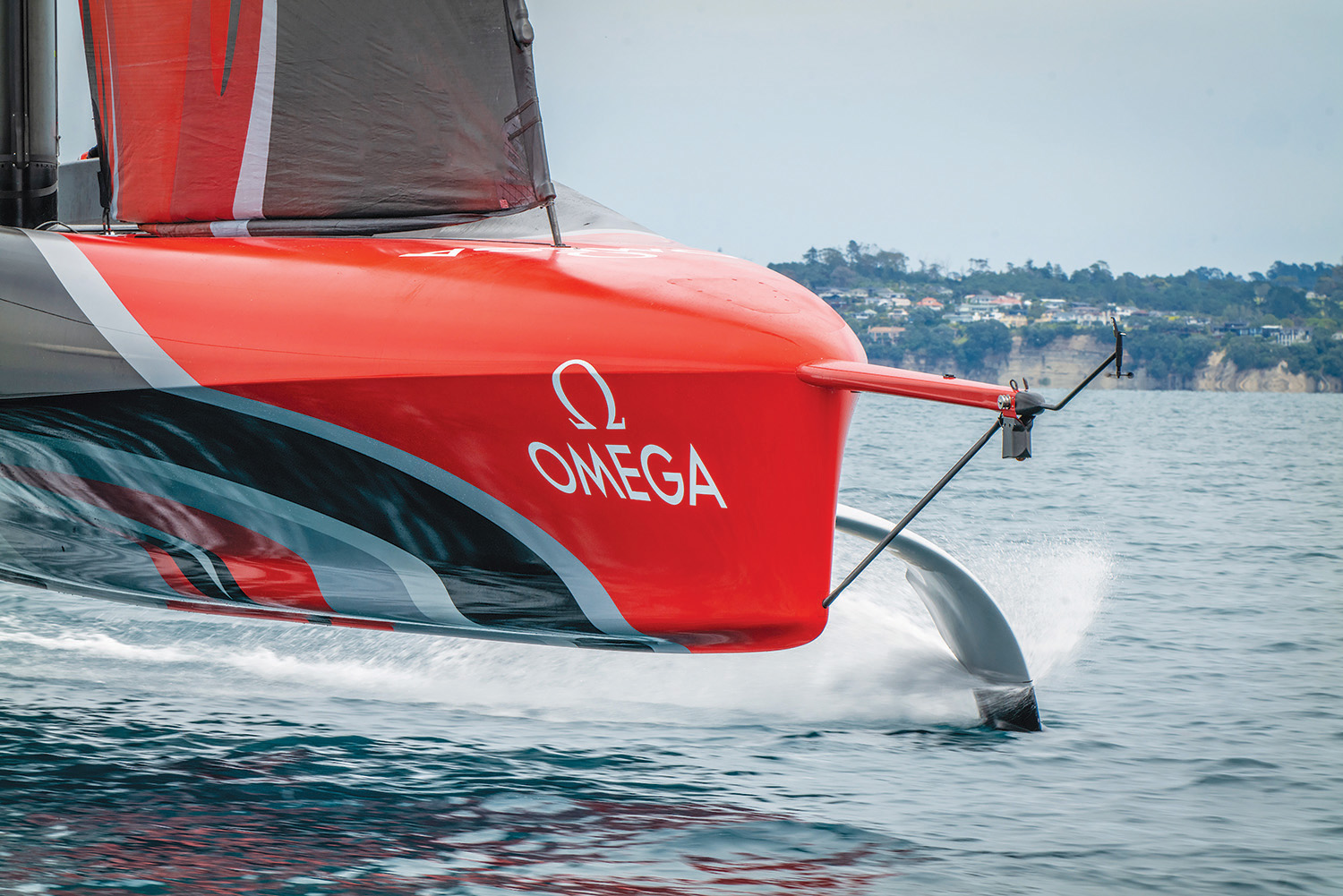 Inside The America’s Cup

It’s a sight that at first just doesn’t stack up.

Elevated on ‘foils’ and riding above the water’s surface, the 75ft long, monohulled yacht whips along, claiming 50 knots of pure, astonishing speed.

In layman’s terms that’s fast. Bloody fast in fact or 90-kilometres of quick if such shoreline comparisons can truly be forged. But there’s more here than simple, straight line speed — size, power, maneuverability and a cyclonic ‘whoosh’ of sound.

To be fair, no one expected a foiling monohull. In fact, when first announced by Team New Zealand (TNZ) — because in America’s Cup the spoils of victory also include the design of the incoming vessel — many traditionalists, the salty old guard, shook a collective first skywards and scoffed openly about the fact it wouldn’t work. And even if it did, it wouldn’t be as fast as what’d gone before. How could it?

And yet here we find ourselves — eyeing the stunning Hauraki Gulf off Auckland and a fleet of elongated yachts proving the naysayers wrong as they fly across the bay, every bit an F1 race on water.

“I won’t lie, it feels nice to put the critics fairly and squarely back in their box,” chimes Team New Zealand’s wing controller and former skipper, Glenn Ashby.

An Australian Olympian who’s long sailed under the Silver Fern — experiencing the successful highs of the 2017 TNZ campaign in Bermuda and the searing lows of the 2013 loss in San Francisco — Ashby’s excited about what’s ahead for his crew and the wider shore team come their defence of the Auld Mug in early March.

“There’s a definite sense of excitement here on the ground, you can feel it and that’s a great thing. It’s been a strange old year [2020] and we know we’re very fortunate that we’re here and that we’re able to have spectators and do some racing and have people get out and be able to watch — it’s very different to the rest of the world.”

“We had one thousand boats out on the weekend [spectating a pre-Cup race] — the massive local support is incredible,” offers Burling. “To have this many people excited by a yacht race, yeah, that’s pretty special.”

The 2021 Kiwi campaign began in earnest just days after Ashby and his chargers felt the warmth of redemption in Bermuda.

“We started on the concept of the boat maybe a week after we got back,” states TNZ’s technical director, Dan Bernasconi. “It was then a solid six months and then six more months writing the class rules.”

The latter is a 70-odd page document that sets out the new ‘class’ design protocols for the various challengers hoping to make it through to meet TNZ for the right to sail for the 36th America’s Cup.

In writing the rules, it’s about opening the door to innovation, if also playing to certain strengths as the current defender.

Bernasconi says he and his 30 strong design team, as well as key sailing crew, were adamant about the monohull — the major change of the new AC75 class against the AC50 catamarans raced in Bermuda.

“That was the first thing we decided. And everyone was thinking, you know, this old school, slow displacement boat. But we knew it could be fast and we also thought a monohull would be good for the Cup and also good for the sport.”

And so far, so good?

“Yes. There’s always concern with a new class that one team will run away with it,  but from what we’ve seen [through various ‘practice’ events and Challenger series] there’s a lot of interaction between the boats and some really interesting racing — I think in most of those races the winner wasn’t clear until the end.”

Beyond the change from multi- to monohulls and size, the AC75 weighs more than double its predecessor at 6.5 tonnes, with 11 crew as opposed to six. Then there’s the charge in sails.

“AC72s [2013] and AC50s [2017] went for solid wing sails —  good for performance and control but there’s no chance of that trickling down to benefit the wider sailing world because of the practicalities of needing a crane to put the wing in everyday,” adds Bernasconi.

“Moving back to soft sails is a big change and we’ve had to get some of our old experience back out of the cupboard about how to design them. But it’s exciting they’ll have this trickle down in general.”

It’s often claimed that the modern America’s Cup is a race built and won on design and engineering. It’s a sentiment Ashby doesn’t dismiss — despite the Herculean physical and mental efforts he and his crew must possess in piloting and positioning these powerful machines —nor does he shirk dissection of the billions of dollars that blanket the contemporary Cup.

The alleged numbers are quite staggering — $10-plus million boats, $200-plus million teams. Little wonder it attracts the likes of the world’s wealthiest —think Larry Ellison and Sir Jim Ratcliffe, among others. The lure of this type of alignment also spills to the necessary sponsors — again some of the world’s best known luxury outfits and ateliers, ones usually far removed from sporting pursuits.

Still, many sponsors operate and engage well beyond simple signage. It’s very much the case for TNZ and longterm partner Omega — a pairing that goes beyond
25 years and is built on a genuine bond.

“We joined up with the Kiwis mostly because of our relationship with Sir Peter Blake, who was a key member of New Zealand’s America’s Cup team in 1995,” Raynald Aeschlimann, Omega President and CEO, tells Robb Report. “Peter was already a renowned sailor but also a very passionate supporter of the oceans and their protection. Omega really found common values with Peter and it naturally led to a partnership with Team New Zealand.”

Innovation and precision plays into the partnership — Omega doubling down as official timekeeper of this year’s Cup —as well as that gritty and determined Kiwi spirit.

“New Zealand is similar to Switzerland in many ways, because we’re both small in size yet big on spirit,” adds Aeschlimann. “The athletes from both our countries continually rise to the greatest challenges prepared to take on teams who often have a longer heritage or greater resources. What I’ve noticed in sailing, and also through our experience at the Olympic Games, is that Kiwis thrive on a big challenge — they’ve a very resilient spirit and don’t give up easily; toughness is really part of their DNA. It’s the same, I would say, as Omega’s approach to watchmaking.”

“One of the great things about these sporting partnerships is that they offer a certain amount of creativity when it comes to our watch designs — we can play with certain colours and themes to heighten the moment and create a piece that truly celebrates the moment. This Limited Edition is a really good example of that
and we all feel very proud of it.”

What happened in San Francisco Bay in 2013 will forever be etched in the annals of not only the America’s Cup but sport in general.

Team New Zealand had blown the Ellison-funded Team USA out of the water, claiming an insurmountable 8-1 lead. One more race victory and the Cup was theirs — a certainty of a scenario that longtime Cup journalists began to write, because no team could come back from there.

Until, that is, they did — Team USA finishing an eventual and final race 44 seconds ahead of the Kiwis to claim the 34th America’s Cup 9-8; a sporting comeback both importable and unforgettable.

“San Fran was, well, it was absolutely brutal,” recalls Ashby. It’s why Bermuda, against Team USA, was a redemption story, and perhaps, more than that, a victory over some of the money and the billionaires.

“Through 2014 – 2015 we were faced with having to close the doors — there wasn’t any money and just six to 10 people left in the team at one point and a decision had to be made as to whether we actually carried on or not.”

To go from such a low point to TNZ’s current standing as Cup defender, and firm favourite to sail out of this campaign again the victor (at the time of writing the challenger remained undecided), pushes a broad smile across Ashby’s face.

“To go from that and to rebuild the team and to get the wheels back on and move forward — that feeling of coming from nowhere to now, that’s special. 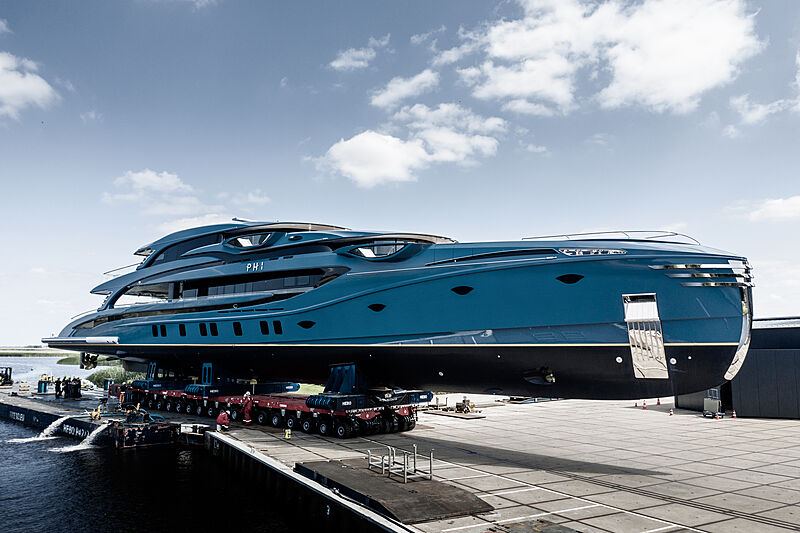 The vessel was named after the golden ratio which, according to lore, reflects natural order and beauty. 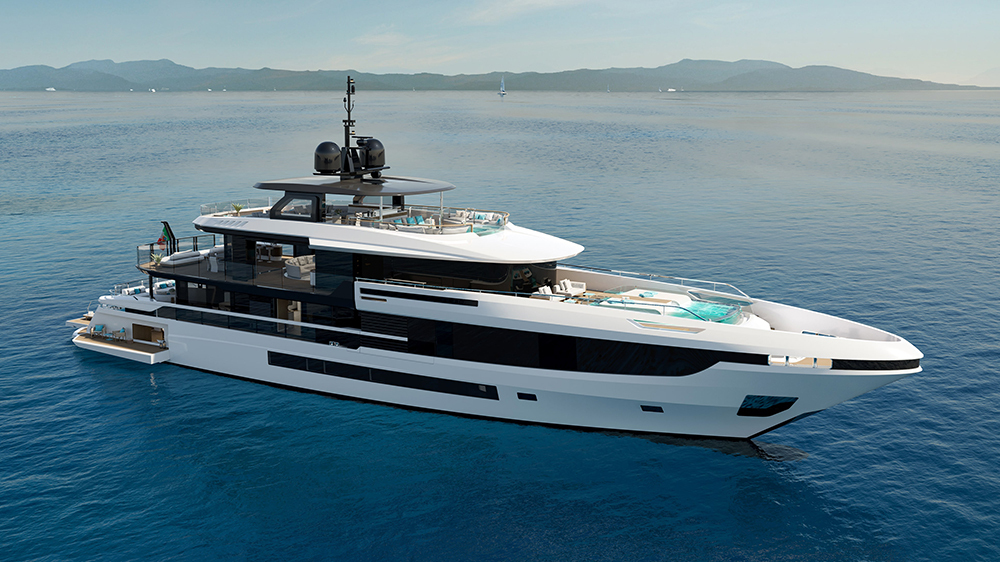 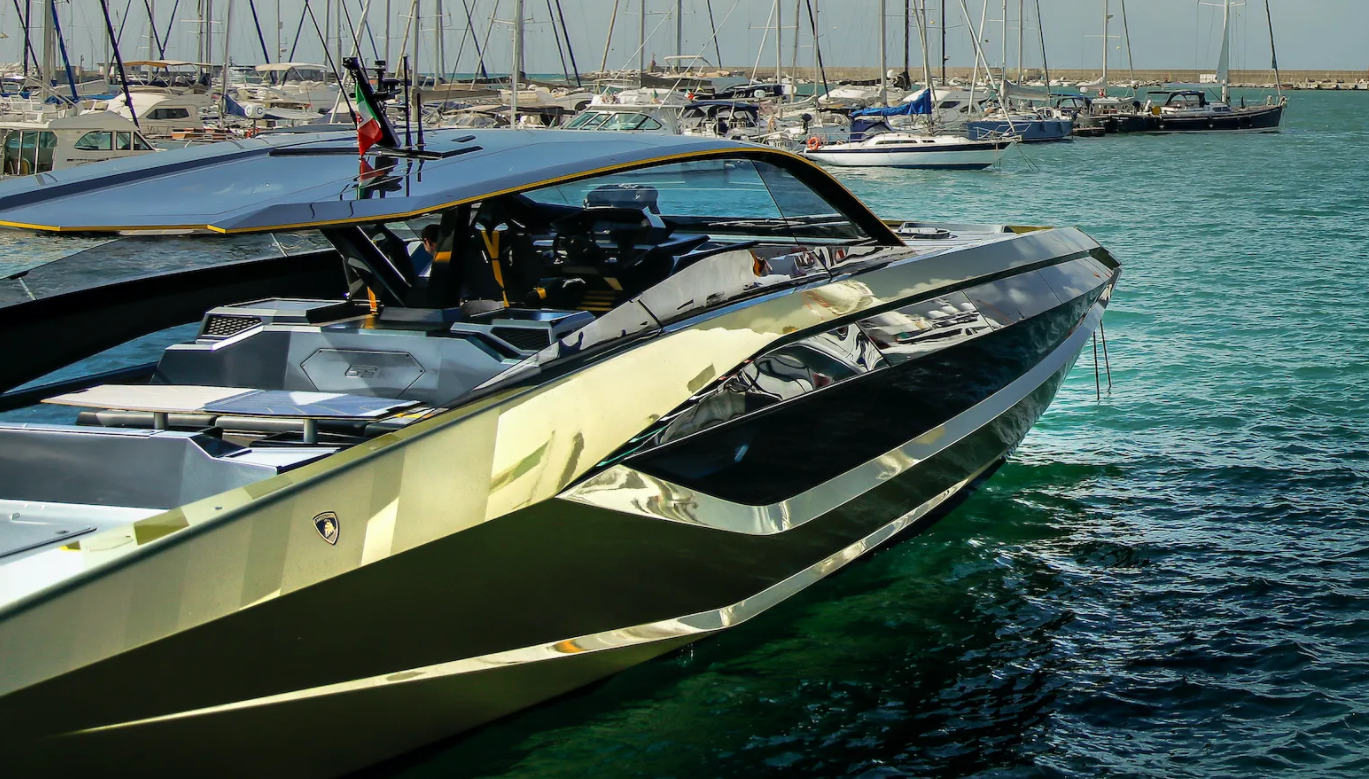 With 4000 horsepower, it’s enough to make your supercar jealous.

The custom vessel is decorated with an exclusive selection of photographs taken by artist David Yarrow.

Designer Yeojin Jung says the boat’s layout will give passengers better views of their surroundings.

This Superyacht Will House 39 Luxury Residences

The 222-metre “yacht liner” comes with a laundry list of pinch-yourself amenities. 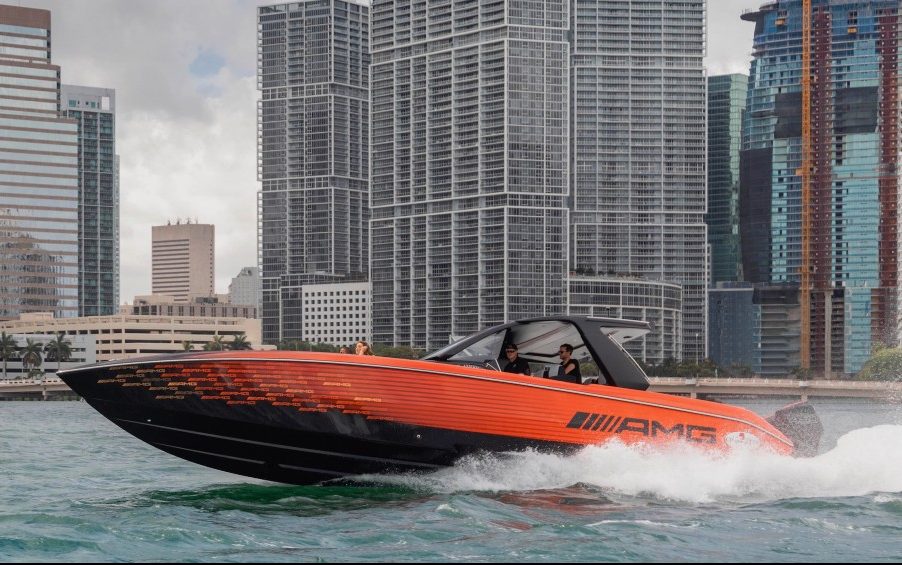