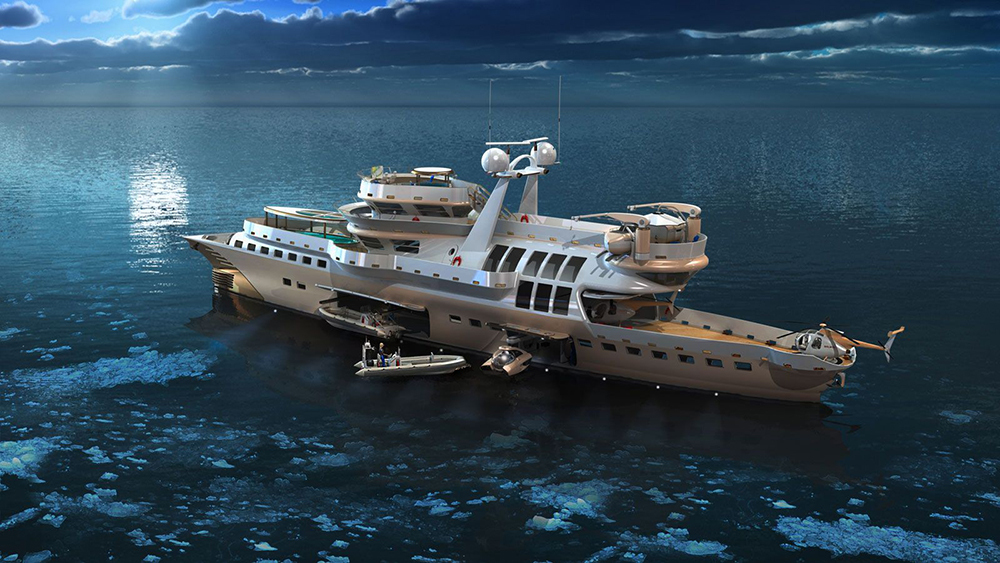 Renowned yacht designer Steve Kozloff has added yet another feather to his cap, and it comes in the form of a striking new expedition vessel.

The California-based engineer, who founded the Goliath polar-explorer series, designed the aptly named Arctic Owl for scientific research and global exploration. As such, the 61-metre vessel will ferry seafarers to the farthest reaches while keeping them in the lap of luxury.

The vessel’s design has a retrofuturist aesthetic. The singular silhouette pairs sculpted curves with a dramatic sharp bow, giving the yacht the ocean-going equivalent of a ’60s-era spaceship. It sports a steel ice-class full displacement hull that can power through the most challenging waters of the Arctic, along with an aluminium superstructure.

“I was driven by the goal of having panoramic vistas and a fast hull,” Kozloff told Robb Report via email. “I wanted excellent visibility so that the owner can enjoy the spectacular scenery they will be sailing to. I also wanted the ship to be faster and use less fuel hence the narrow beam.” 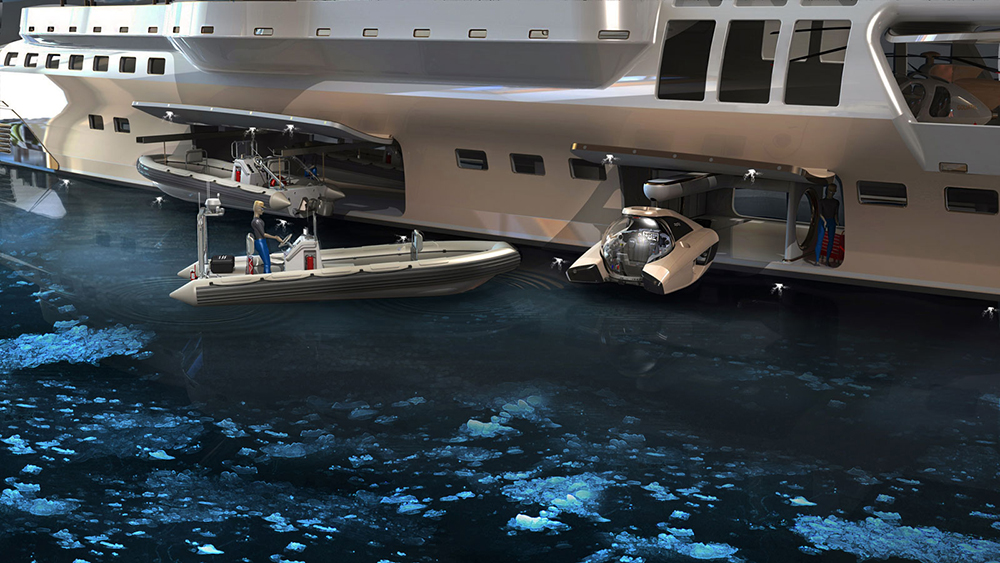 Onboard, Arctic Owl is equipped with all the requisite gear for oceanic expeditions. She features a helideck and a 79-square-metre hangar to accommodate your choppers. She also sports garages port and starboard that can hold a U-Boat Worx NEMO submarine, plus other toys, tenders and equipment. These smaller vessels can be deployed via her two cranes at the aft.

The spacious vessel can sleep up to 10 guests across six staterooms, including two master cabins with panoramic views. There is also space for six crew. Elsewhere, Arctic Owl features a large swimming pool and lounge at the bow, along with a spa on the flybridge.

Needless to say, Arctic Owl can certainly soar. She’s powered by twin Cummins hybrid diesel-electric engines that propel her to a top speed of 18 knots and a cruising speed of 16 knots. She also offers an impressive transatlantic range of 11,000km. 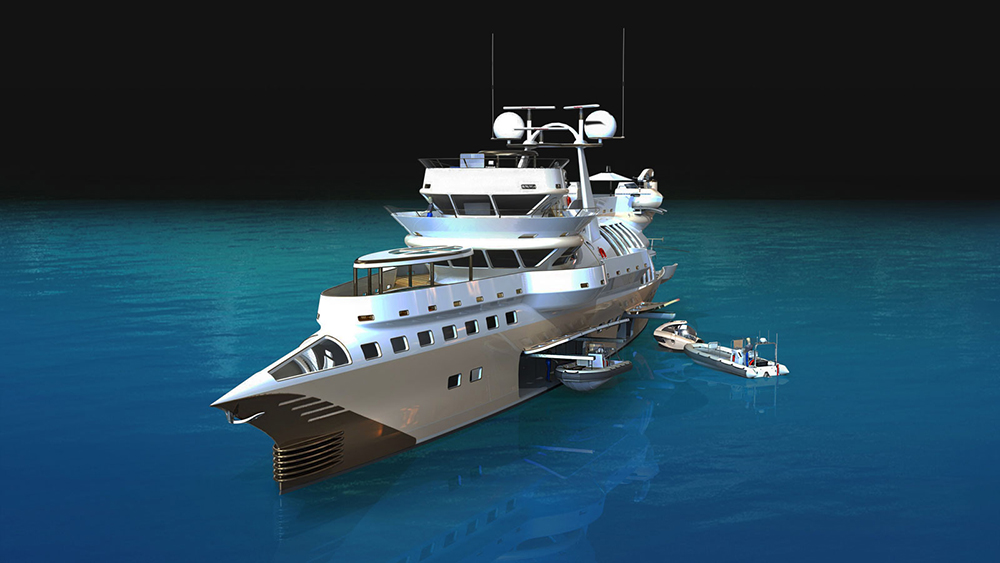 The vessel features a steel ice-class full displacement hull that can power through the most challenging waters. Steve Kozloff

Kozloff is adept at creating vessels that ruffle feathers and challenge the status quo. He previously delivered a polar-class sailing yacht, known as Caribù, which was equipped with an aircraft hangar for three helicopters, as well as a 117-metre behemoth named Alexis that was designed to explore the ends of the earth. Kozloff says these kinds of pioneering concepts oft help prospective buyers determine exactly what they’re looking for.

“Concepts educate owners and help to steer them toward a certain design or designer,” the designer told Robb Report last year.

As for who he envisions buying the yacht, Kozloff believes “A serious yachtsman who enjoys the journey with an interest in research. It’s not a party boat.”

Fingers crossed one such owner is inspired by this design and Arctic Owl takes flight in real life.