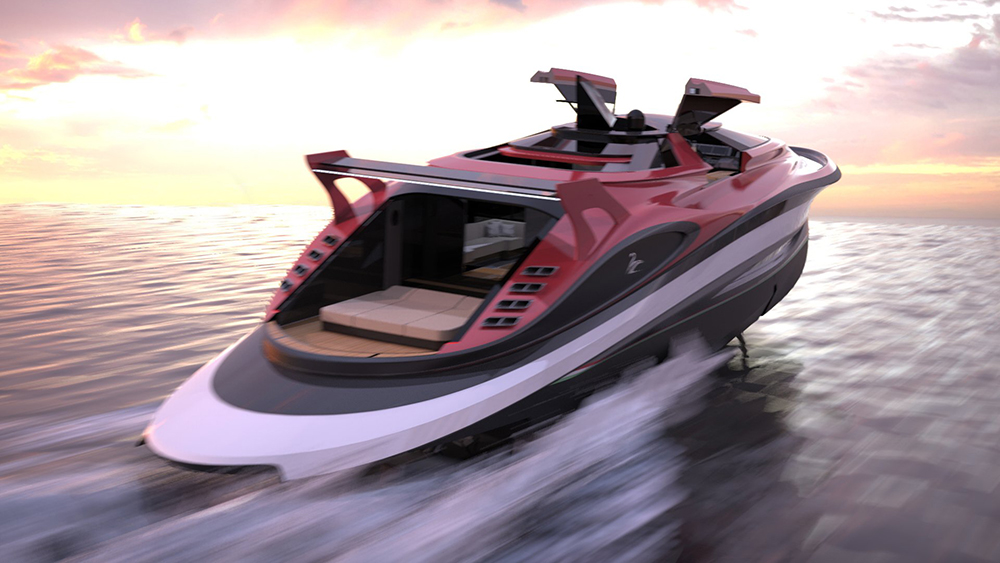 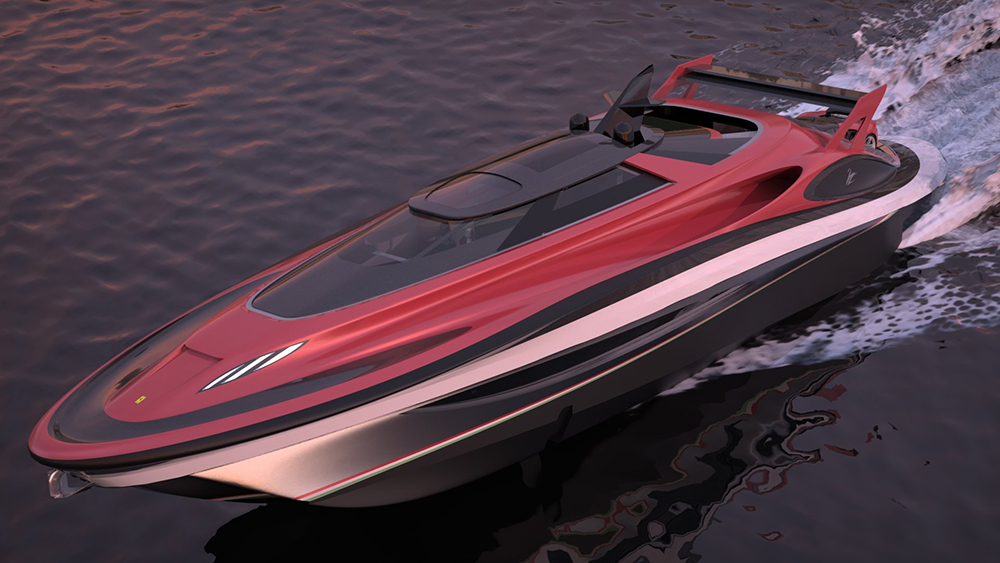 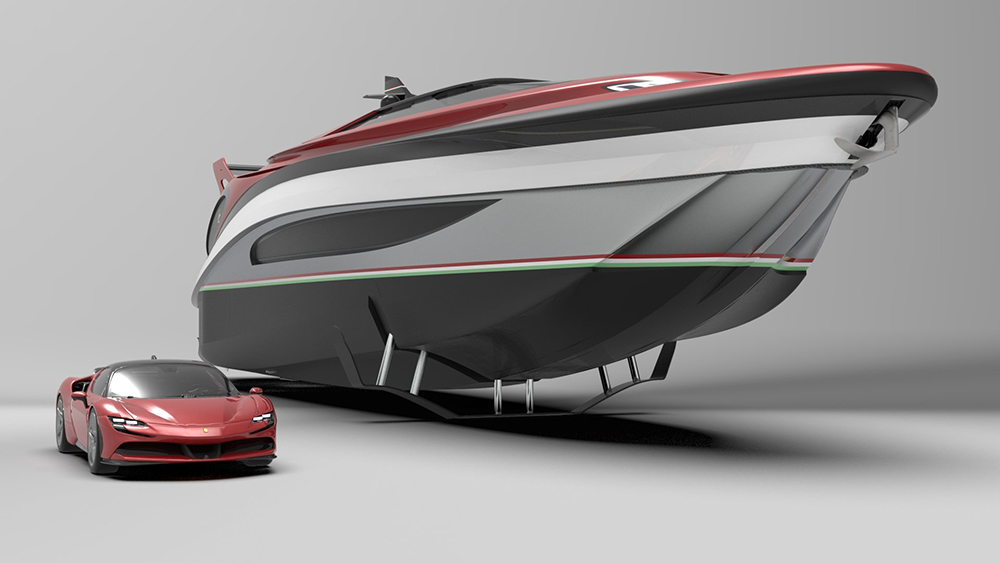 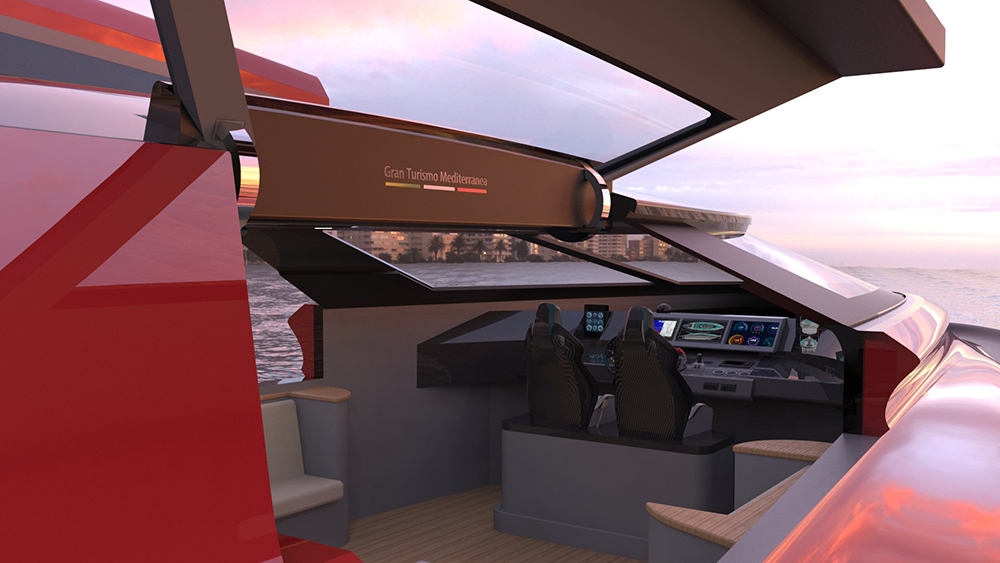 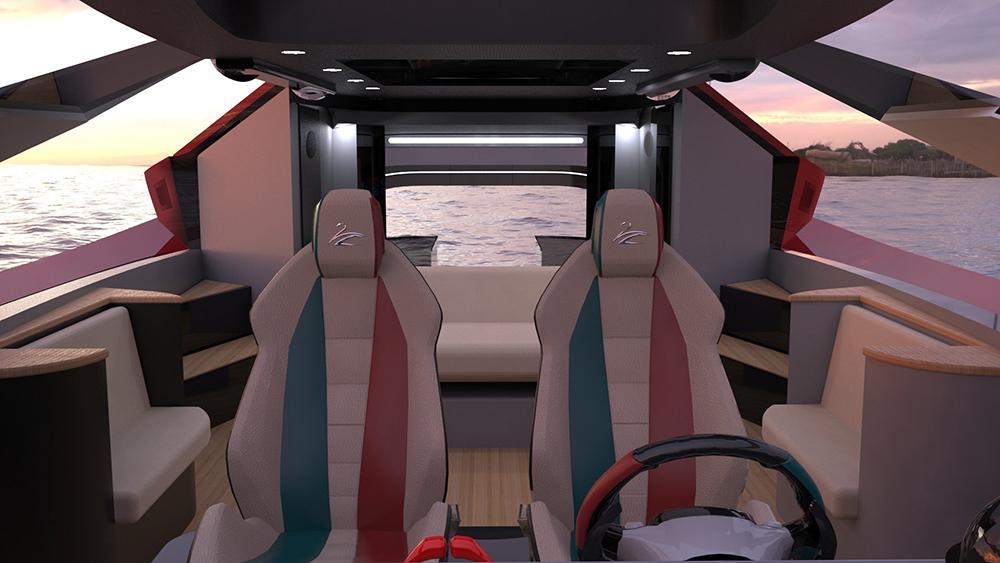 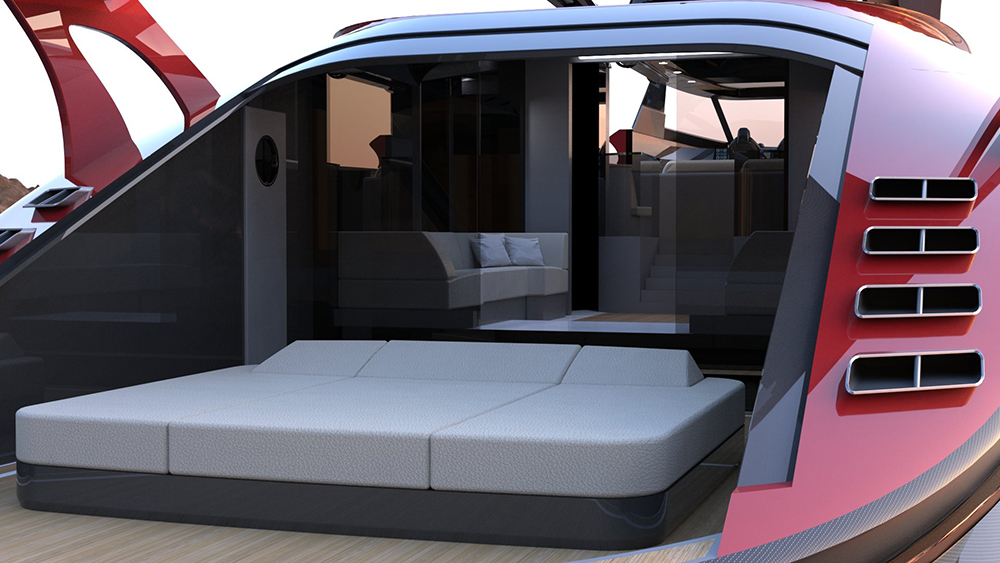 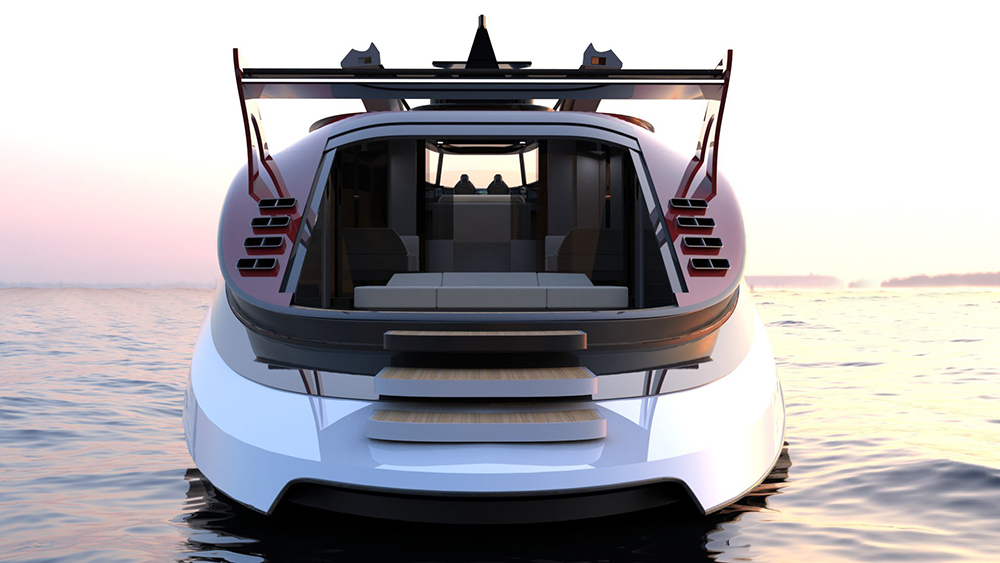 A superyacht inspired by a supercar is nothing new. In fact, earlier this year, Tecnomar and Lamborghini released a 19-metre replete with the Raging Bull’s DNA. But Lazzarini has just rolled out a concept that takes cues from Ferrari’s four-wheelers that’s worth taking notice of.

Meet the GranTurismo Mediterranea, or GTM for short, a sporty new 27-metre vessel that pays homage to the Prancing Horse’s fast touring cars. The hull is finished in what looks like a riff on Ferrari’s recognizable Rosso Corsa red, while the superstructure is crafted from light carbon fibre that is also favoured by the automaker. It’s even got a cheeky Ferrari badge on the front, though it’s not an official design.

Lazzarini didn’t disclose which exact model the GTM was based on, though the car accompanying the yacht in the renders looks quite similar to the hybrid SF90 Stradale.

“We tried to imagine how a Ferrari of the seas would look,” the Italian design studio said in a statement. 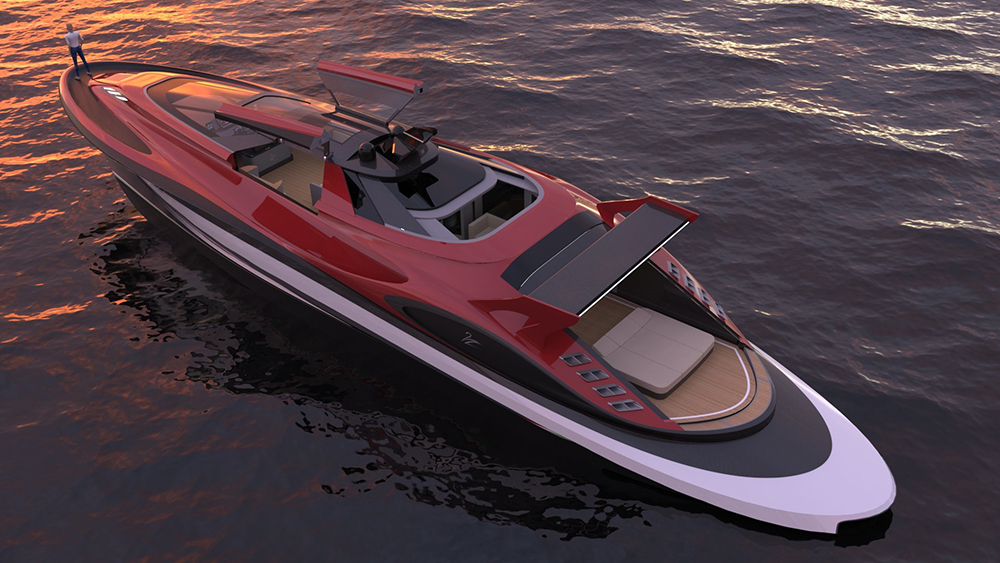 The automotive cues continue onboard. Accessible via gullwing doors, the cabin features a racing-inspired cockpit that comes complete with pilot seats and gauges, as well as a main saloon, two double guest cabins and accommodation for three crew. There is also a sizable spoiler to the stern for a little extra attitude.

The real highlight, though, is the folding transom on the aft deck. It can be used as either a sundeck or supercar garage for your Ferrari. Opt for the latter—good choice—and the platform can extend upwards and outwards while the boat is docked, allowing you to drive your prized ride onto dry land at the push of a button.

Aside from aesthetics, the Italian stallion is designed to run like a Ferrari, too. Described as a “hyperyacht,” the design prescribes a hybrid propulsion system featuring three MAN v-12 engines, an Arneson transmission and a central Hamilton Jet drive. 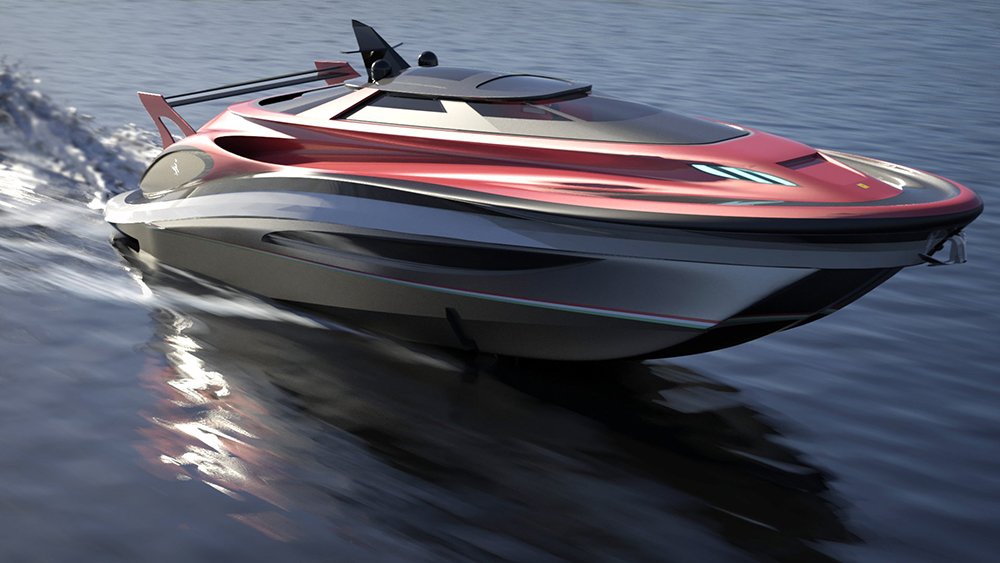 The yacht has an estimated top speed of 70 knots. Lazzarini Design

“While the propellers are limited in steering, the jet will provide thrust in acceleration and turning degrees at high speeds,” the studio adds.

Like a Ferrari, the GTM is also fitted with its own version of aerodynamic wings, known as foils, that lift the hull up and out of the water when travelling at speed. As such, the yacht will fly over the waves with less drag and more speed than a traditional planing yacht. The studio has given the GTM an estimated top speed of 70 knots, which equates to 128km/h. That means the vessel is still a fraction slower than an old 1948 Ferrari 166 Spyder Corsa, which could hit around 200km/h at full tilt.

At this stage, the dream machine will remain a dream—unless, of course, you want to turn the GTM into a reality and helm the Ferrari of the sea.