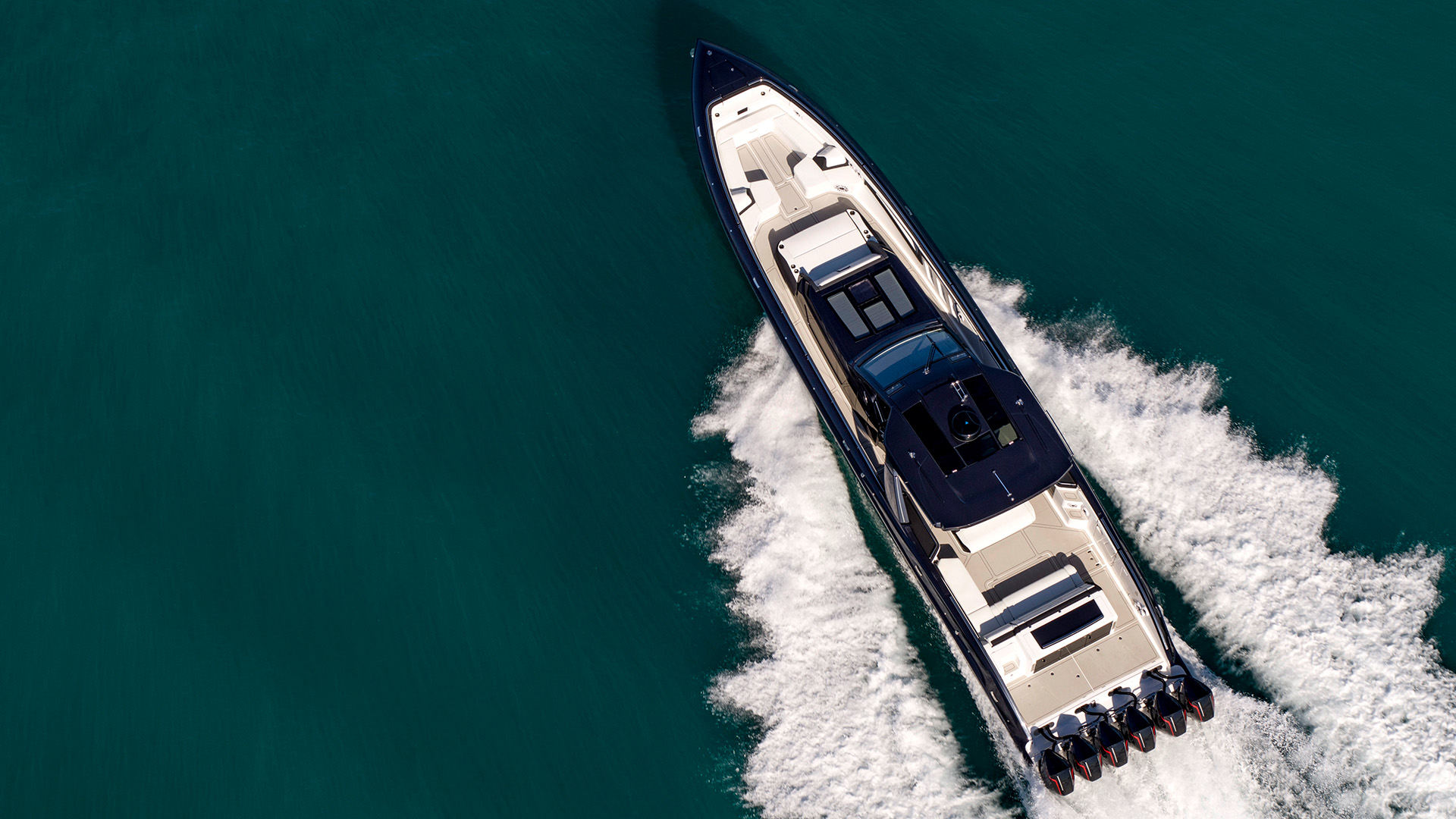 A 40-Metre Cigarette Superyacht Is Coming

Cigarette has raised the bar for luxurious, high-performance boats for over 50 years.

Cigarette Racing became a household name during the 1980s Miami Vice era, but the brand had been a favourite in go-fast racing circles since Don Aronow founded the company in 1970.

Owners have included many millionaires, but also luminaries such as former President George HW Bush, King Juan Carlos of Spain, King Hussein of Jordan, and Princess Caroline of Monaco, as well as other royalty in Europe and the Middle East.

The brand’s reputation was so strong that Cigarette became synonymous with high-performance boats—like Coke with soft drinks—regardless of the builder. Go-fast boats were used for offshore racing, but later became a favourite of smugglers in South Florida during the heyday of ’80s drug running. Aronow himself was gunned down on Miami’s NE 188th Street, a.k.a. “Thunderboat Row,” in 1987, and while the motive is still unclear, several high-level drug smugglers have been implicated in his death. 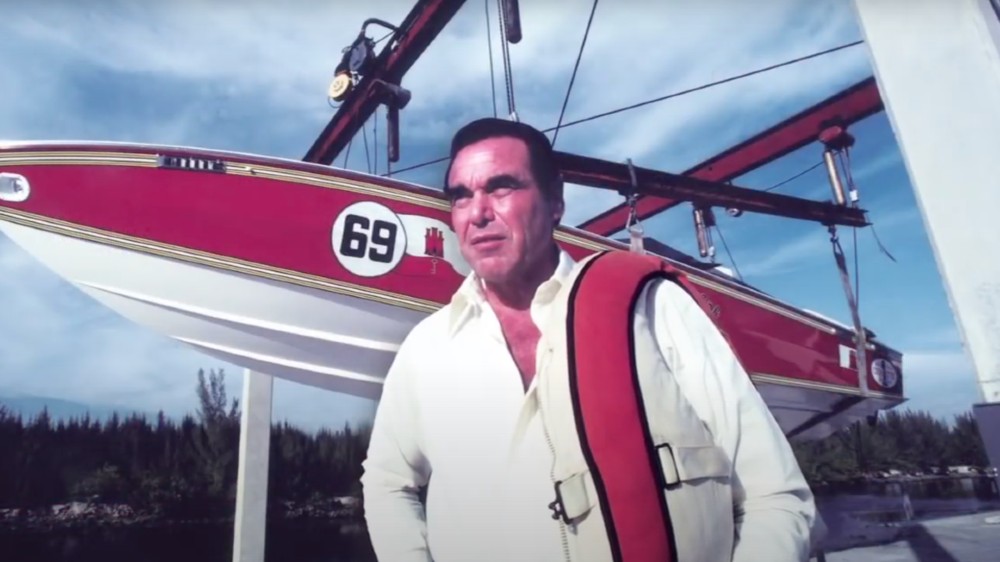 Since its launch 51 years ago, Cigarette has had its ups and downs under different owners. The company found secure footing in 2002, when Skip Braver bought the brand, built a new production facility in Opa-locka, Fla., and supplemented the go-fast boats with a new line of fishing centre consoles designed around its performance hull.

In 2007, Cigarette also started an annual partnership with Mercedes-AMG: The car and boat manufacturer would build customized AMG models that made a very loud public debut every year at the Miami International Boat Show. The twinned vehicles received strong global press, but it was clear that for Braver and Daimler AMG Chief Design Officer Gorden Wagener, it was a passion project. Both teams started designing the boat and car a year ahead of the big reveal. This year’s pairing included a 720 hp Mercedes-AMG GT Black Series with a Cigarette 41 Blackhawk, powered by five 450 hp Mercury outboards.

Cigarette is now moving into a new chapter with its recent purchase by John H. Ruiz, a Miami attorney and Ophir Sternberg, owner of private investment fund Lionheart Capital. 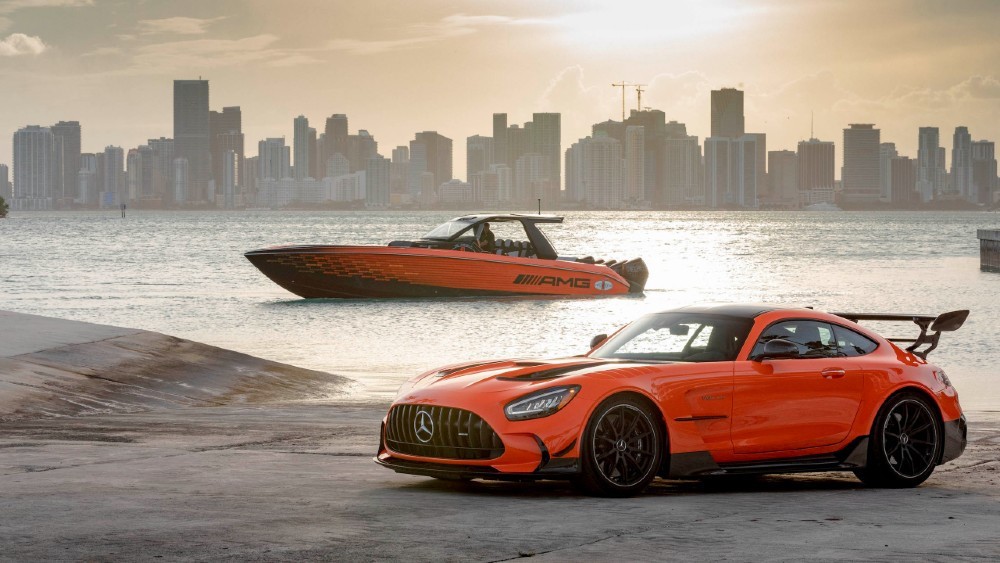 “Since the early 2000s, I have owned five different Cigarettes,” Ruiz told Robb Report. “That was one reason I was interested. But from an economic point of view, we felt like this opportunity was the right time.”

There hasn’t been a better time to buy a boat builder. New-boat sales haven’t been this strong since 2007, partially thanks to the coronavirus and an influx of new boaters who see boating as a haven on the water. The new owners are also acquiring a brand that is arguably in the best shape of its history.

Ruiz wants to grow Cigarette far beyond what it is today, moving across multiple product categories. “We plan to build a 130-footer and also a line of personal watercraft,” he says. “You’re going to see a lot more products in the brand, with an even more sophisticated build process. We have many new concepts that are patent pending.” 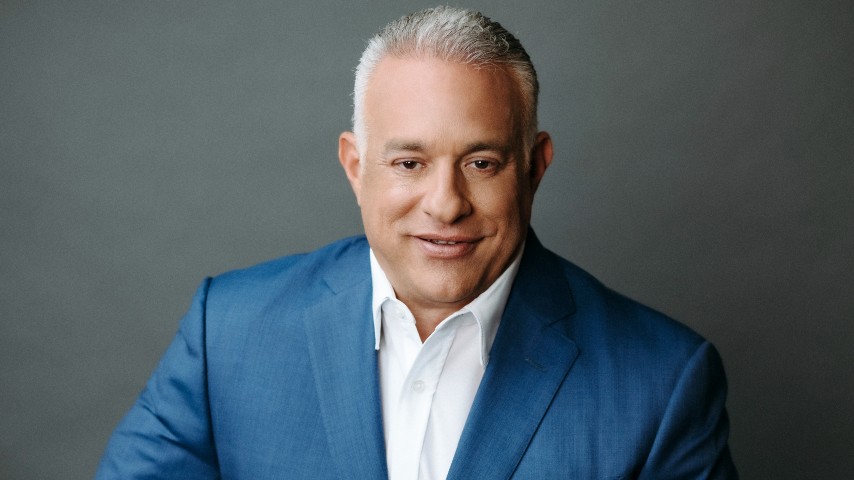 Pairing a billionaire attorney who is one of the brand’s biggest admirers with an owner of a private investment firm may seem a bit strange, especially since Sternberg doesn’t come from a boating background. “I’m a big fan of acquiring and owning great companies,” Sternberg told Robb Report. “We concluded that Cigarette is best in class, with a lot of legacy around it. It also has a great international following, and we tend to keep it that way.”

Lionheart, with holdings ranging from the Ritz Carlton in Miami Beach to the Burger-fi restaurant chain, plans to invest in Cigarette by adding technology and capacity to its manufacturing facility while enhancing the product line. Ruiz and Sternberg both envision building highly sophisticated boats, and many more of them. “We’ll use our own capital to take it to the next level,” Sternberg says. “We see this as a long-term investment, and are looking to acquire other brands.”

Ruiz is a serial boat owner, with multiple sizes and brands. But for years, the Cigarettes seemed to be his personal favorites. He often brings them from Miami to the Florida Keys and over to the Bahamas. To investigate one personal injury case, he crossed the Gulf Stream on his 38 Top Gun 19 times. He currently owns four Cigarettes, including the company’s flagship 59 Tirranna and a 41 GTR center console for fishing. 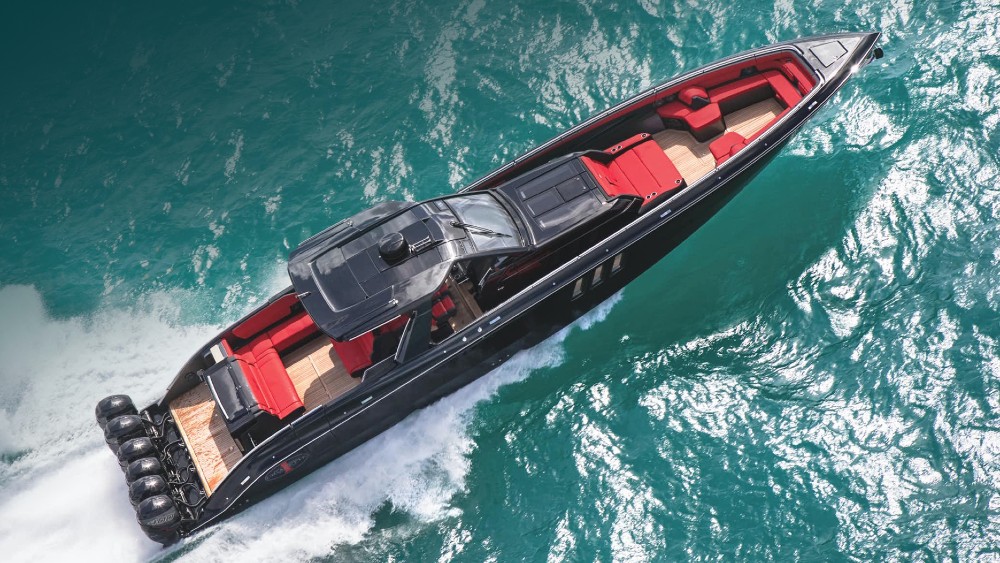 Cigarette is still an offshore performance boat at heart, but it has become a much more sophisticated animal on the ocean. Courtesy Cigarette Racing

As the new owner, Ruiz veers from discussing the business case to sounding like a kid in a candy store. “I’ve been boating since I was 15 and captain my own boats,” he says. “I’ve driven go-fast Cigarettes to 130 mph (209km/h).”

The attorney maintains there is a Cigarette difference. “When you’re out in the open ocean, a Cigarette performs like no other boat,” he says. “They’re very rugged—it has an incredible ride that ploughs through the ocean. I believe it offers the safest method of transportation. I feel confident in bringing my family on board.”

Future plans include bringing back an offshore racing circuit as well as the 130-foot superyacht. “It will have a European look, with fine, elegant lines,” says Ruiz, who has hired several Italian yacht designers for the concept. “I think people will be ready for a Cigarette superyacht. They want style and performance in one yacht, and we can do that.”