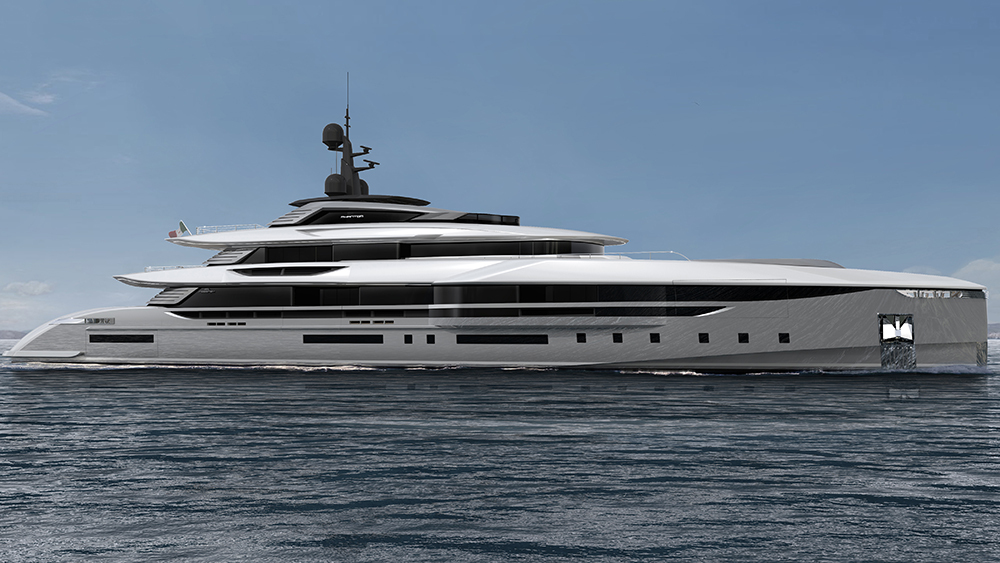 With social spaces galore, Rossinavi’s latest phantom yacht is like a beach club on water

The 62-metre superyacht from the Italian yard Rossinavi has an unusual beach-club design along with large social spaces on the upper decks.

Rossinavi has built some of the world’s most complicated and beautiful custom yachts, and its Phantom 62 could well be on that list, once it finds an owner. Enrico Gobbi’s Team for Design was the firm behind this new 62-metre boat, with Arrabito Naval Architects creating the yacht’s running surface.

The Phantom is noteworthy for its long, sleek forefoot, with an even sleeker superstructure.

“The vision of the Phantom 62 was to design a yacht with a good balance between a boat with classic proportions and a sporty line,” said Federico Rossi, Rossinavi’s COO. “We also created a low profile to keep exposure to the wind to a minimum. We wanted to offer something similar to offshore sailing.” 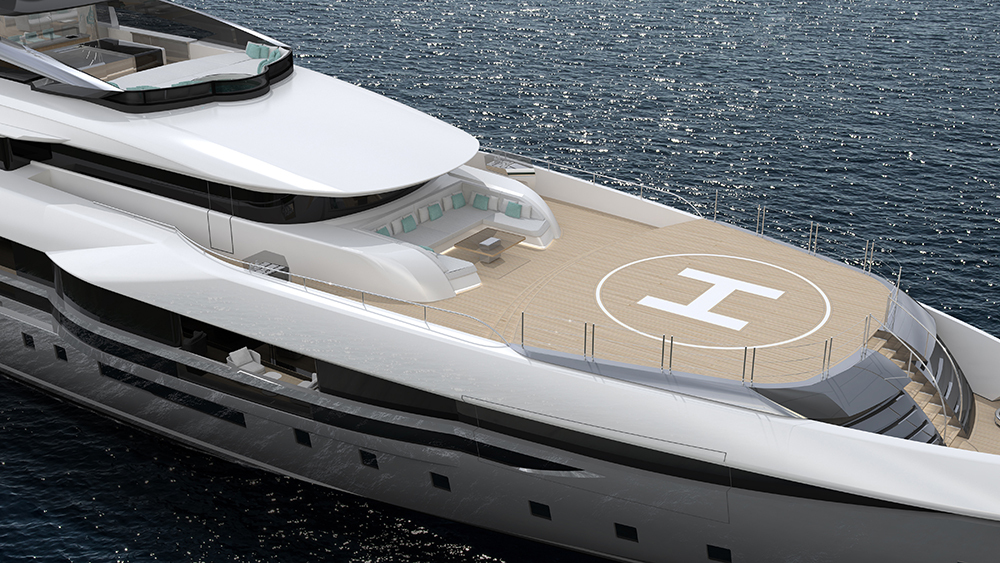 Team for Design’s aft section includes a beautiful and user-friendly beach club, with a swimming pool, twin doors leading into the yacht, and steps that lead down to the swim platform on the water. The cockpit above features an open social area, with twin sunbeds, lounges, and an outdoor bar. “This terrace facing the sea and beach club are positioned so close to each other that they offer the owners and guests dynamic daily use,” says Rossi.

The same applies to the unusually large flybridge, which maximises space for social events as well as exceptional views of the water. The upper-deck lounge also has two opening side balconies that turn the area into a large veranda.

The interior is defined by windows across all decks, including the spacious master suite with floor-to-ceilling windows along with a balcony on each side of the owner’s lounge.

The Phantom also has a large helipad on the foredeck. “It’s integrated into the design, which is unusual for a boat this size,” says Rossi. 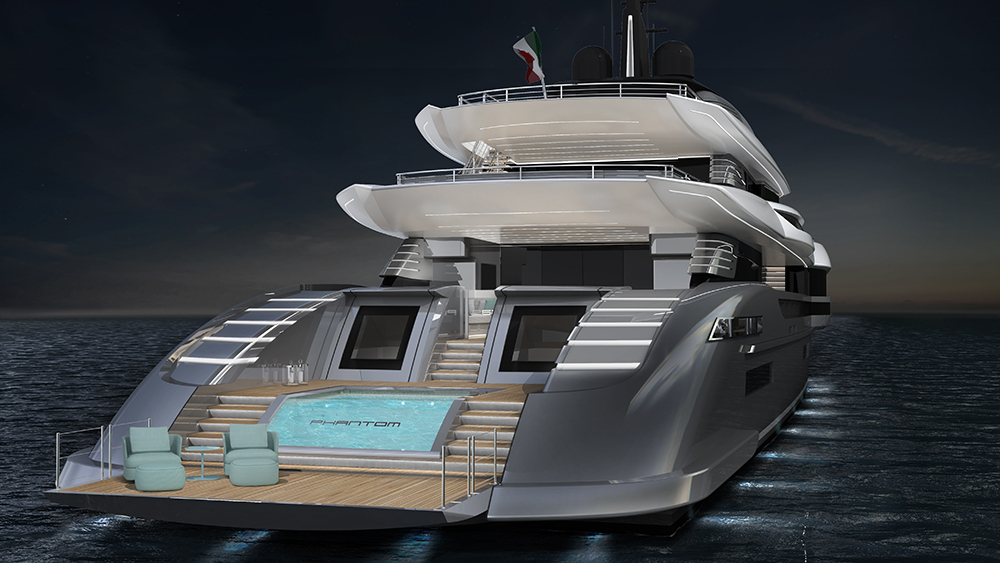 Rossi compares the Phantom 62 to its Utopia IV, the company’s Vector 63. “The Phantom is a neat version of that design,” says Rossi. “The Vector expresses aggressiveness and sportiness, but this one is more orderly and traditional, with a more central balance of the superstructure bridges.”

The Phantom will be built of aluminium. Powered by twin MTU 12V 4000 engines, the yacht will have an impressive top end of 20 knots, with a cruise speed of 18 knots. It has an extended range of 3300 nautical miles.