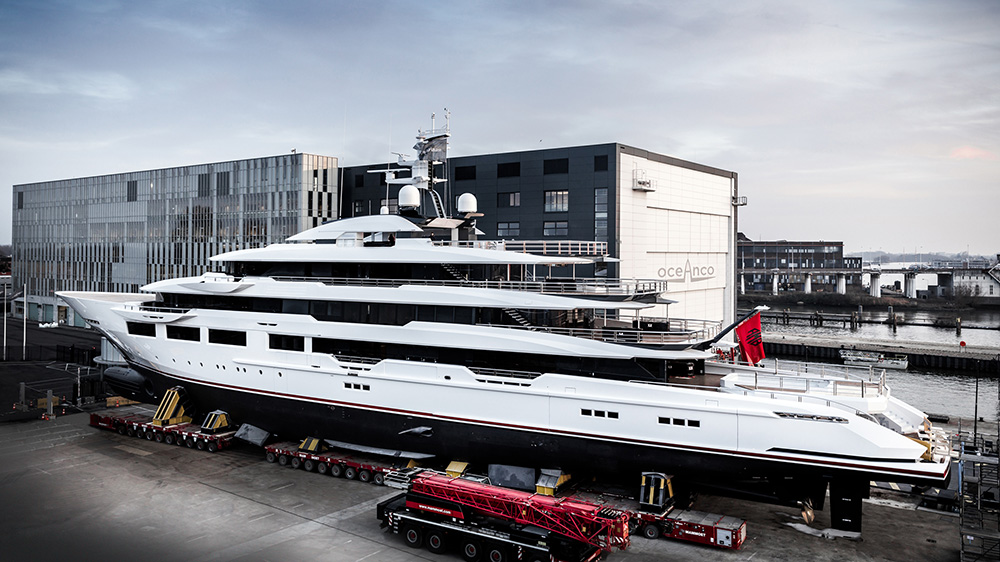 With room for 23 guests, Oceanco’s new dreamboat yacht is a Summer party waiting to happen

The 90-metre yacht is the handiwork of design dream team Espen Øino and Terence Disdale.

A couple of weeks ago, while people around the world were busy plotting Valentine’s Day celebrations, Oceanco quietly introduced its own 90-metre Dreamboat from its Alblasserdam, Netherlands, yard on February 13. Gathering two long-time designers, both with famous yachts to their credit, the owner hired Monaco-based naval architect and designer Espen Øino (156-metre Dilbar) to pen the exterior and yacht designer Terence Disdale (162.5-metre Eclipse) to create the interior. This project marks the first time these two respected designers have worked together—and so far, it looks amazing.

The two used the 2700 tonnes of volume and 14.3-metre beam to their advantage, crafting enough space and staterooms for 23 guests and 33 crew members.

Huge windows provide natural light and endless views from the calming, contemporary interior dreamed up by the UK-based Disdale. Custom surfaces, natural wood, leather,mother-of-pearl and other materials comprise the peaceful interiors. Almost everything on board Dreamboat was custom-made for the yacht.

Guests will enjoy the large main-deck swimming pool and gigantic part-sun/part-shade sundeck with hot tub. The owners have their own private hot tub on the owners’ deck. Seating, sunning, dining and conversation spaces abound throughout the exterior decks.

Heading out for sea trials, Dreamboat—with a steel hull and aluminium superstructure—is powered by two MTU 3600kW engines. The yacht is scheduled for a summer 2019 delivery to its owner.

Oceanco pointed out that Dreamboat is the builder’s 33rd yacht in its 33 years of existence.