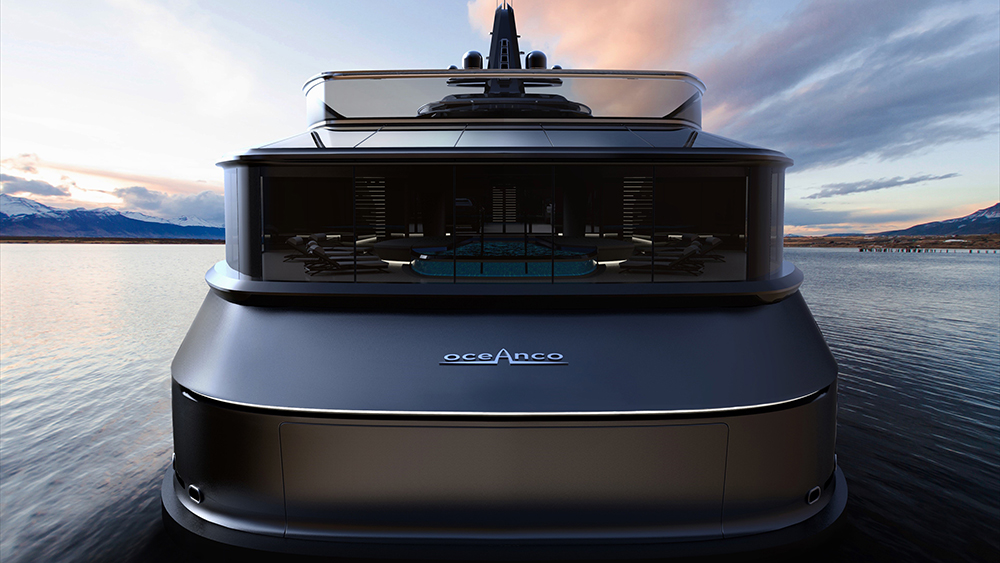 With 2 subs and a lab, this expedition yacht is built to explore the remotest oceans

Oceanco’s 105-metre Esquel concept is designed to travel the farthest reaches of the world’s oceans, with an atrium superstructure and the ability to transport a helicopter and two submarines.

Oceanco’s new 105-metre Esquel is an intrepid yacht designed to explore the world’s most remote oceans. The extreme expedition concept, unveiled at the Dubai International Boat Show this week, has a plumb bow, ice-class displacement hull, and the same caliber of superyacht interior that one would expect from Dutch shipyard Oceanco.

Esquel was a joint effort among Oceanco, Timur Bozca Design, stylist Gina Brennan, Lateral Naval Architects and Engineering, and Pelorus—an experiential and yacht-expedition travel company. “Our vision is to create solutions by considering human factors, technology and aesthetics,” says Bozca, who has been named Young Designer of the Year. “We design everything for a reason—not just for the sake of designing.”

As such, Esquel will be an authentic explorer vessel, with a 232-square-metre garage for fast RIBS, tenders, water-sports toys, and diving gear. The yacht also features an uncluttered 186-square-metre deck, with a glass superstructure aft that includes an enclosed pool and spa. The open deck can carry even more tenders, off-road vehicles, motorcycles, a helicopter, and, of course, two submarines. Oceanco says the space can also be turned into an onboard laboratory, with the possibility of creating a reef farm that can be used to heal the ocean’s corals.

“In order to truly realise her expedition potential,” says James Roy, managing director of Lateral, “Esquel’s naval architecture has been executed to provide maximum redundancy for the lowest possible maintenance.”

Gina Brennan created a stylised interior, with modern decor that also includes a mix of antiques and artefacts. “The ambition for the look and feel of Esquel’s interior is geared toward depicting the life, influences, and home of a young explorer,” says the London-based interior stylist.

The Oceanco concept is powered by a compact diesel-electric powerplant for operation throughout the world. The yacht will have a cruising range of 7000 nautical miles, with a projected top speed of 16.5 knots.