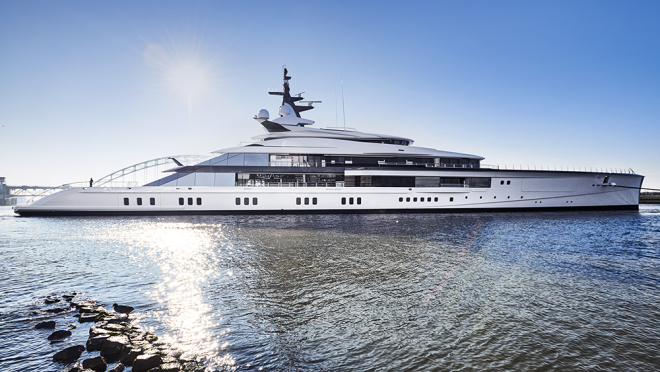 A growing number of superyachts are being built with hybrid propulsion, but Oceanco’s new 109-metre Project Bravo promises to be a record-breaker. Launched last week, the custom yacht is the first Oceanco to have the new LIFE (Lengthened, Innovative, Fuel-Efficient, and Eco-friendly) design, which is designed not only around progressive naval architecture but clever use of the hybrid engine configuration.

“The LIFE design’s use of advanced hybrid propulsion, which incorporates significant battery capability, is combined with a single-tier engine room that allows novel use of space for outstanding luxury accommodation,” says James Roy, director of Lateral Naval Architects.

Oceanco has created some of the world’s most impressive bespoke yachts, including recent launches like 90-metre Dar (ex-Project Shark), 107-metre Black Pearl, and 110-metre Jubilee. Its 2007 launch, Alfa Nero, was one of the most recognised yachts of its time.

Venice-based Nuvolari Lenard, designers of Alfa Nero and many leading superyachts, were challenged with “raising the bar” on Project Bravo to craft another revolutionary design.

“Our approach with Bravo was to maintain a stunningly sleek profile without sacrificing any interior space,” says Dan Lenard, a principle with the firm. 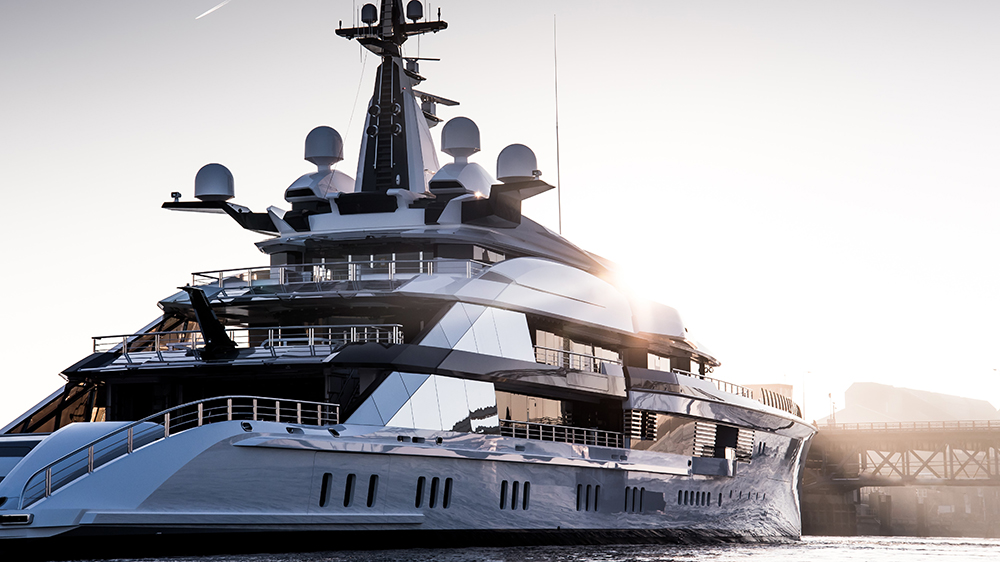 Bravo’s stern is open, with a curved transom that slopes gently to the water. The profile has floor-to-ceiling windows that define the mid-section across all three decks. From above, the yacht’s hull is slender, adding to Bravo’s aesthetics and fuel efficiency.

The third member of the Bravo dream team was UK-based Reymond Langton Design, tasked with an interior that matched the exterior. Pascale Reymond said her studio worked with artists and craftsmen on the yacht’s bespoke art, fabrics, and furniture. “It all creates a warm, inviting environment for the owner’s family and guests,” says Reymond.

Oceanco did not release many details on the interior, like the number of staterooms or the layout configuration, but the superyacht’s 16.15-metre beam left exceptional space for the designers to work around.

Inside and out, Bravo could be a trendsetter. “This new exterior style concept is bound to create a new design stream,” says Lenard. “It is important to us that we started this new stream together with Oceanco.”