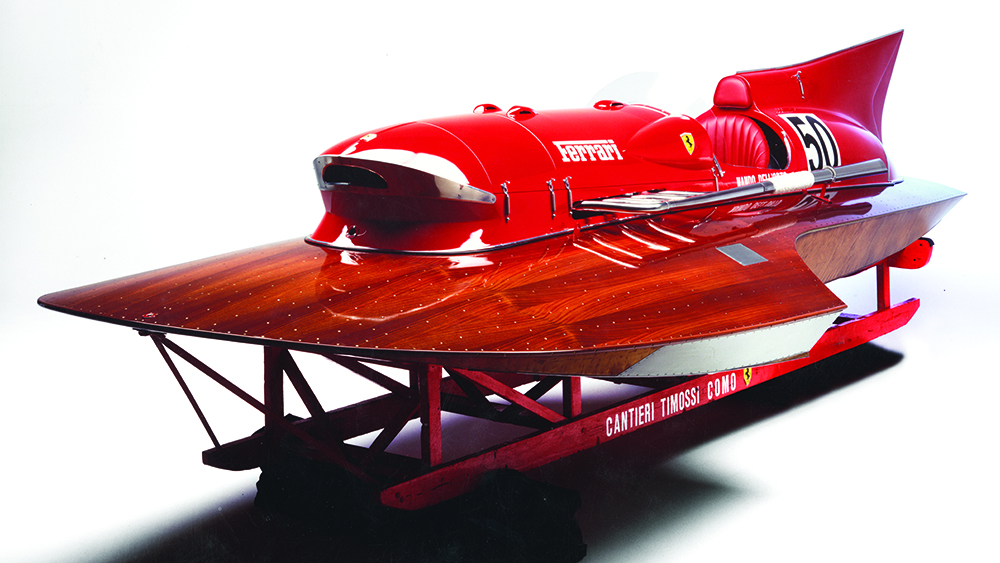 This One-of-a-Kind Ferrari Boat Set the Speed Record. Now, It’s Up for Sale

The shark-like design sails across the water at 242km/h.

Everyone knows about Ferrari’s legendary success on the race track but what about on the water? Back in the 1950s the Italian automaker helped power a hydroplane that was built with one goal in mind: setting the world speed record on water. And now that same boat, the only Ferrari-powered boat in the world, is up for sale.

As legend has it, in 1952, racing champ Achille Castoldi approached Cantieri Timossi about building a three-point hydroplane with the aim of shattering the speed record in the 800-kg class. When Enzo Ferrari got word that the boat’s upper body had been painted in the company’s trademark red, he got in touch hoping to lend some help via his Scuderia F1 team. The resulting boat, the Arno XI, achieved its goal, hitting a top speed of 242.19km/h, a mark that still stands today.

The Arno XI is truly a sight to behold but that doesn’t stop at its mahogany veneer exterior. While Castoldi had originally intended to outfit the boat with a 4.5L V12—basically the same 287kW “Lampredi” engine used in the Ferrari 375—Ferrari’s chief engineer showed up with a decidedly more powerful race-prepped Grand Prix engine. Using lessons learned on the racetrack, they doubled the engine’s compression ratio so it could handle methanol and replaced the distributors and coils with twin magnetos. That still wasn’t enough to meet the team’s exacting standards, so two giant superchargers were driven into the crankshaft so that methanol would be dumped into the engine with an air/fuel ratio of 5:1. Instead of the 287kW Castoldi had been hoping for, the modified engine was capable of somewhere between 410 and 447kW. 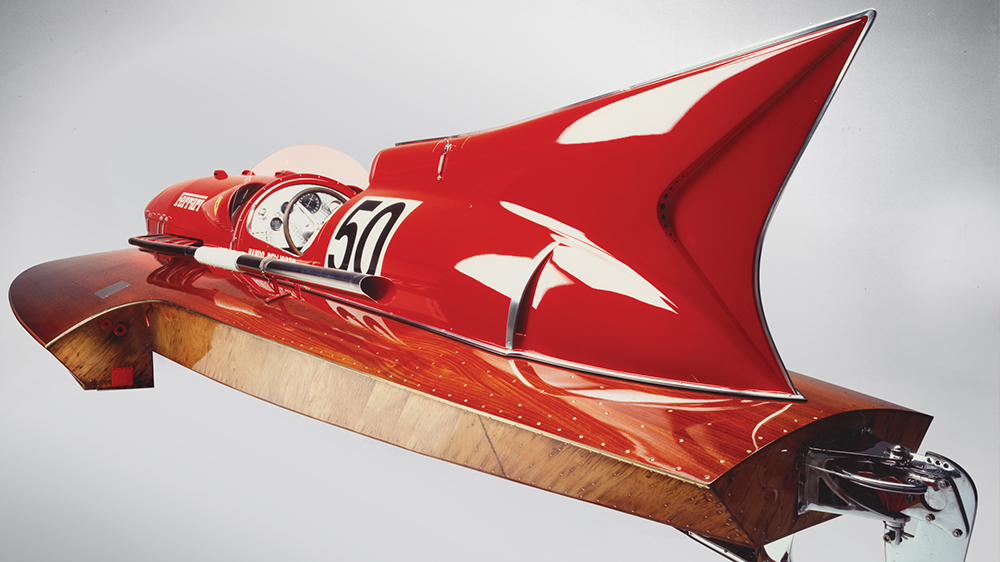 After its record-breaking run, the Arno XI was sold to engineer Nando dell’Orto. He’d go on to tweak the aerodynamics and add some weight in an attempt run it in the 900-kg class, though he wouldn’t break any records doing so. Since then the boat has a “peaceful” retirement, occasionally rearing its head for a parade lap at a boat show.
Because the Arno XI is the only boat to ever be officially powered by the Italian automaker, its restoration was handled by Ferrari Classiche. The one-of-a-kind boat is now available for purchase exclusively through duPont Registry. You’ll have contact the dealer to get a price quote, but you can expect it to be steep given the boat’s pedigree.

Check out more photos of the Arno XI below: 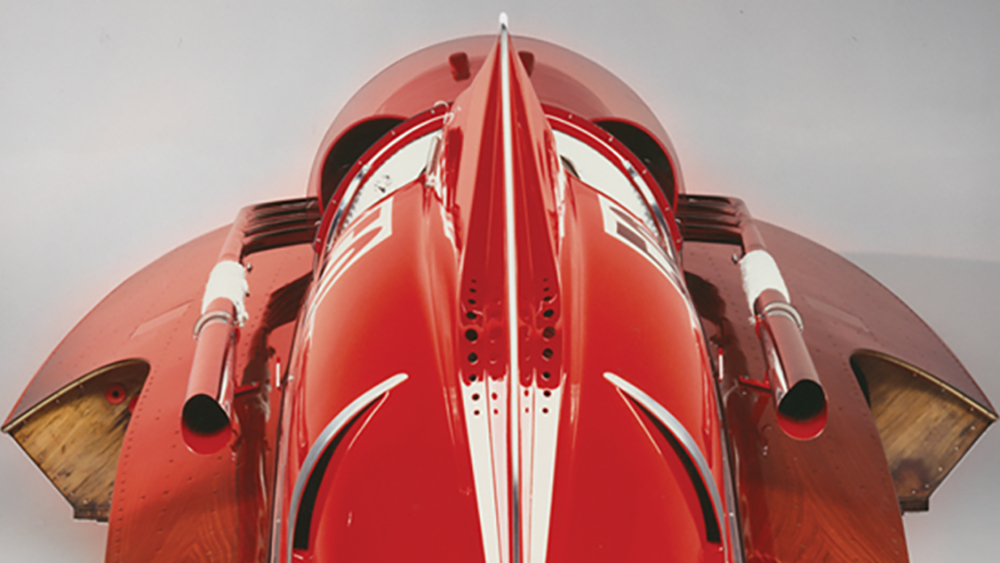 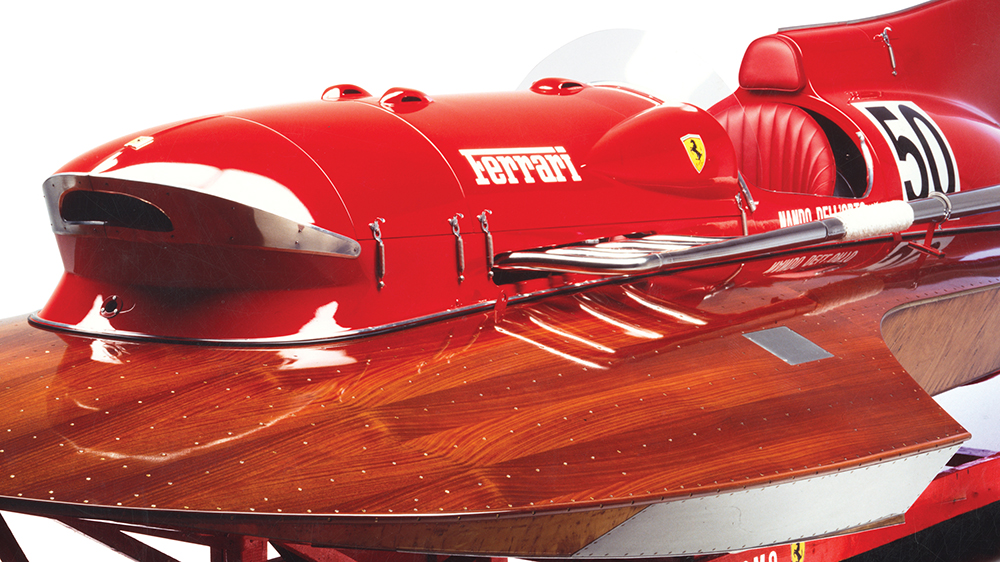 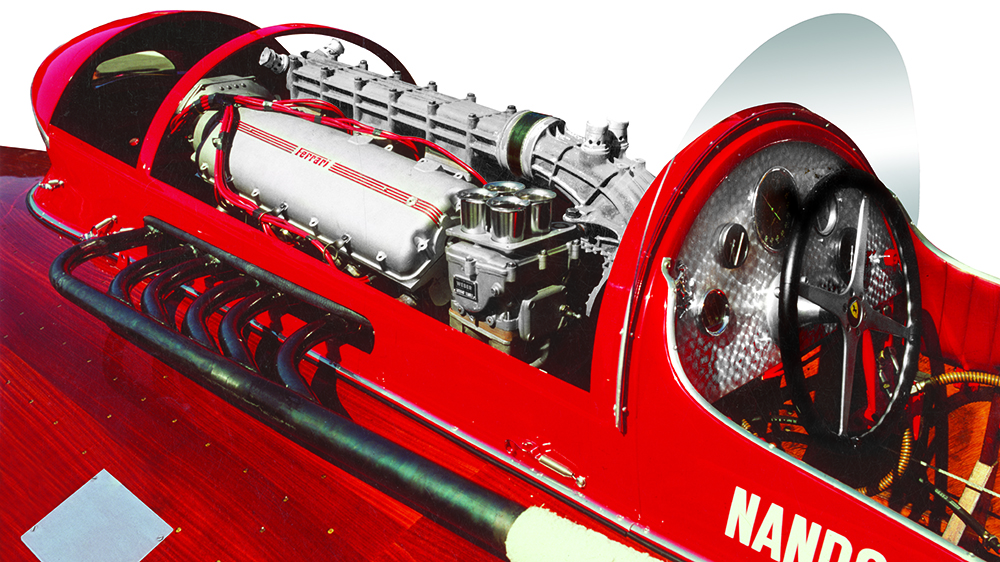