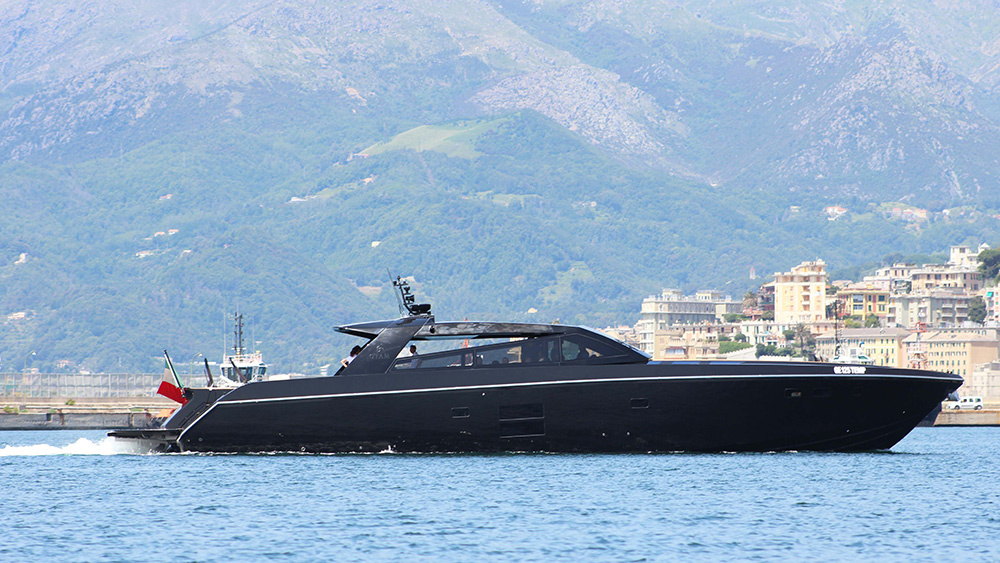 This Italian Yacht Slices Through Waves at 83km/h

The best Bond-villain boat ever? No argument, the sleek, no-longer-in-production Sunseeker Predator 108 captained by the eye-twitching Le Chiffre in the 2006 classic Casino Royale.

But if the producers of the next James “007” Bond romp—codename Bond 25 and due out next April—are looking for a brand-new villain’s boat, they might want to put a call into Italian yard Otam.

The Genoa-based superyacht maker has just rolled out its stealthy, all-black Otam 85 GTS that would make the perfect waterborne transportation for Bond 25 bad-boy, Remi Malek of Bohemian Rhapsody fame.

Launched secretly in May, the 85 GTS yacht has just now completed its first series of shakedown tests. And the results will have the new owner shaken and stirred. 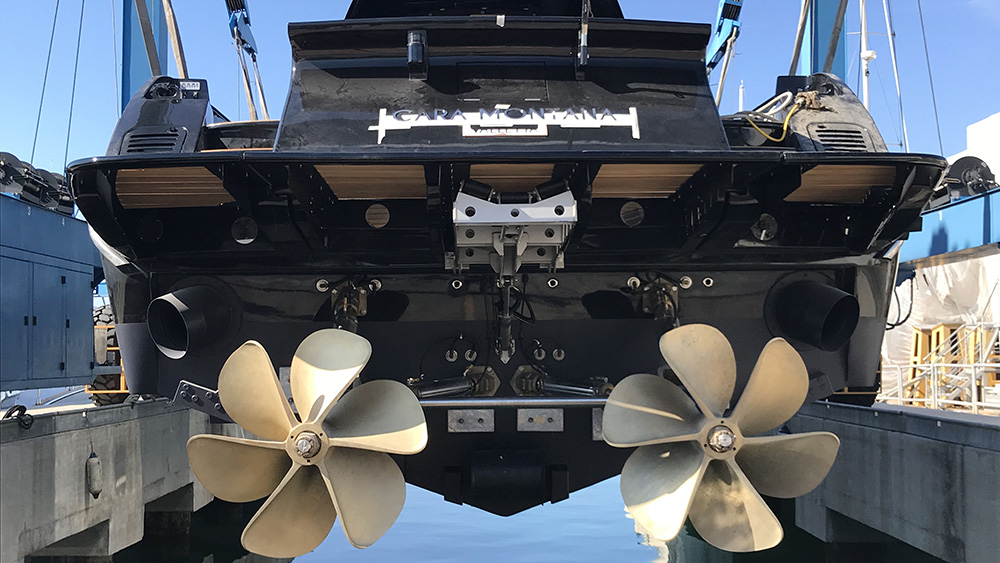 Powered by twin 1940kW MTU 16V diesel engines hooked up to rooster-tail-creating Arneson surface drives, this menacing-looking 26-metre blasted across the Bay of Genoa at a top speed of 45 knots—that’s 84km/h. Just as impressive is the stealth boat’s all-day-long 38-knot cruising speed. 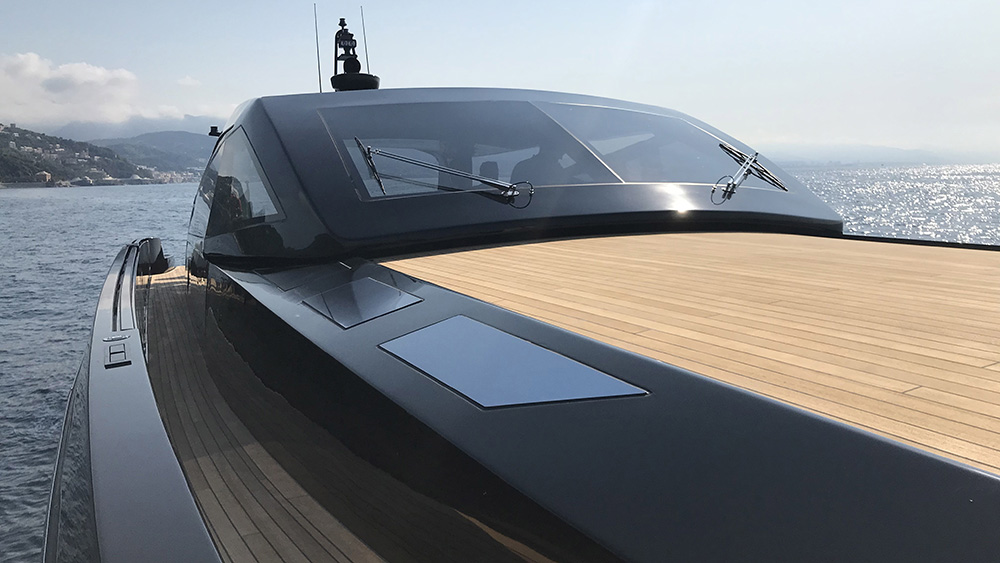 The 85 GTS yacht is from the drawing board of French marine architect Joseph Dirand, who looked at supercar styling for his initial concepts. In fact, for the first sketches of this first 85 GTS—now named Cara Montana—Dirand gave the boat funky gull-wing doors for the hardtop. 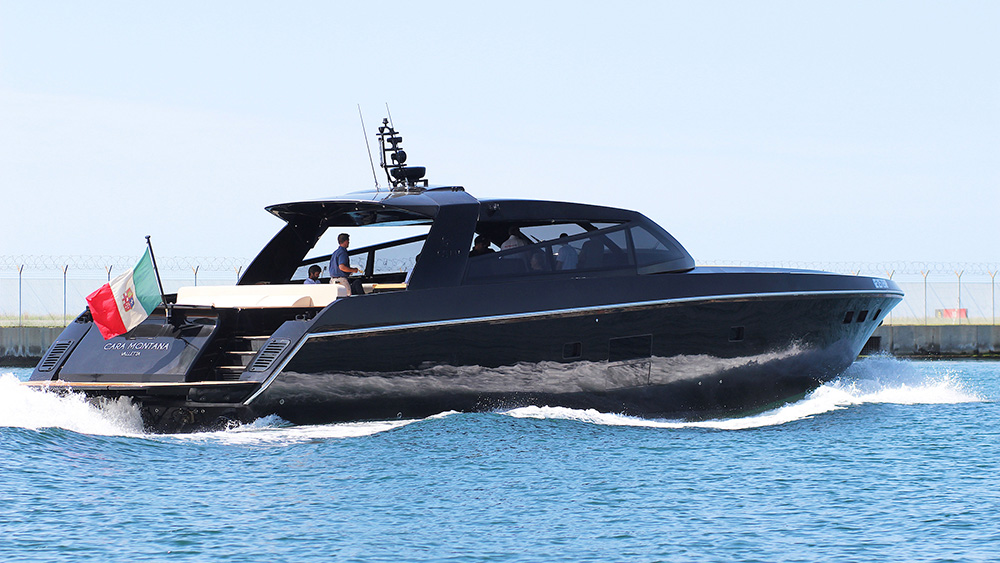 It may have softer lines, but it’s still aggressive looking.
Photo: Yasu Kojima

Seems the new owner requested a less aggressive look and asked the designer to tone down some of the razor-sharp angles—and lose the gull-wing doors. 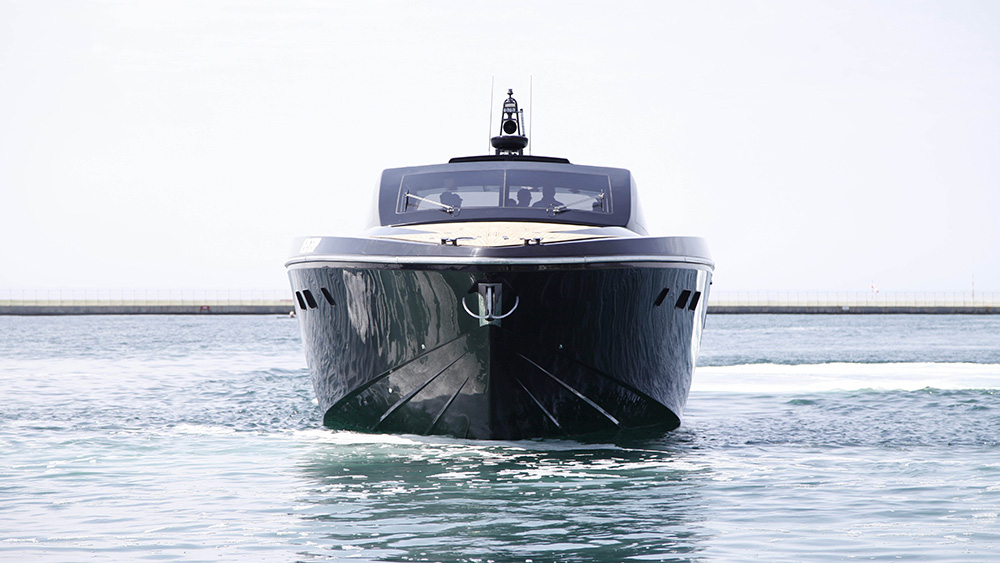 The Otam 85 GTS minus the gull-wing doors.
Photo: Yasu Kojima

Not that the finished 85 GTS is any less jaw-dropping. From its needle-like bow to the broad stern and go-fast-boat profile, this yacht screams speed. The designer even left off any handrails around the forward section so as not to interrupt those sleek lines. 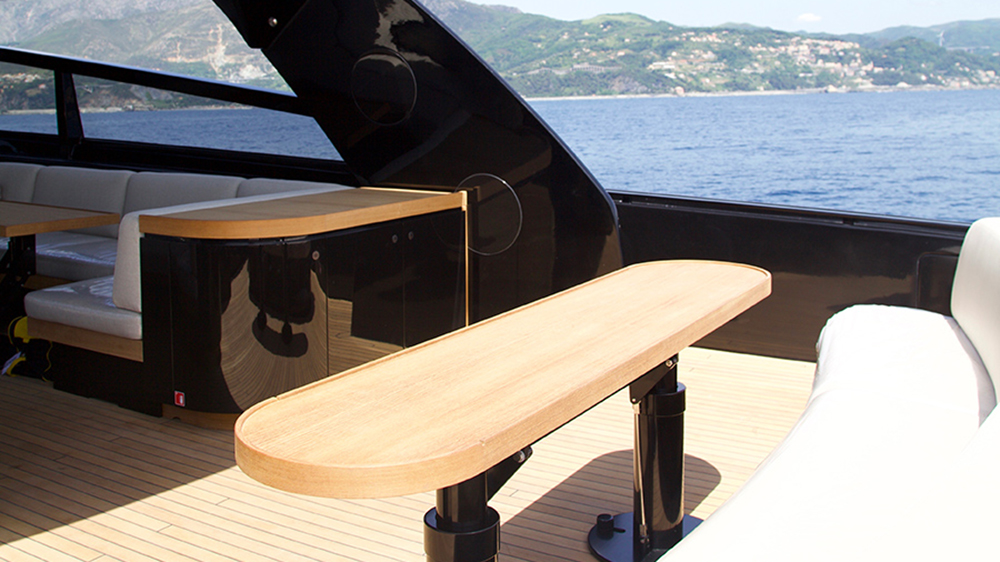 Intended more as a fast day boat than a long-distance cruiser, the 85 GTS comes with acres of space for lounging. For sun worshippers, the yacht’s huge hardtop even sports a full-length sunroof that powers back at the touch of a button. 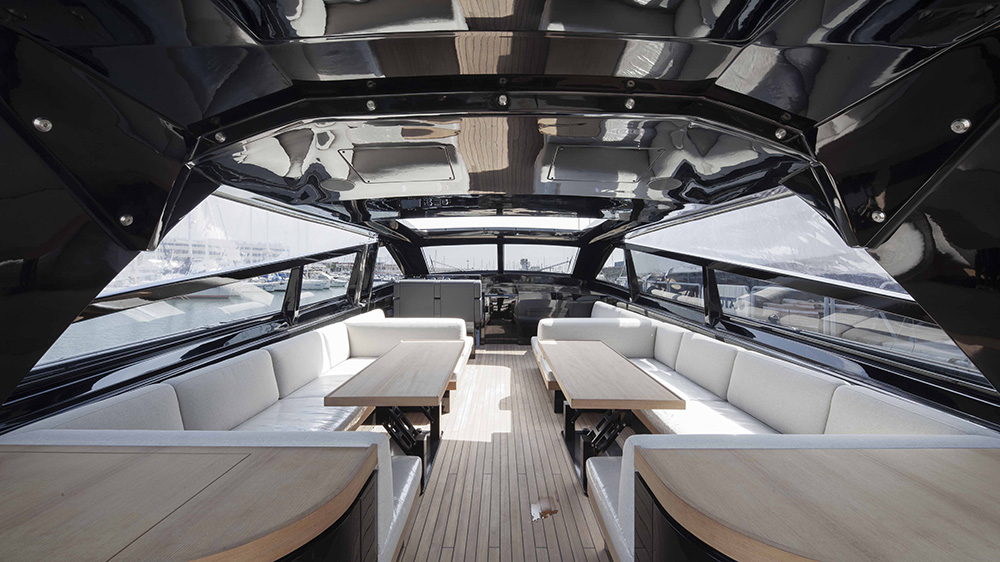 The yacht may offer up tons of sunning space, but there’s plenty of shade, too.
Photo: Yasu Kojima

Not that there’s a shortage of accommodation for those nights at anchor. Belowdecks there are not one, but two full-beam master suites—one forward, the other amidships—to ensure guests enjoy the same comforts as the owner. 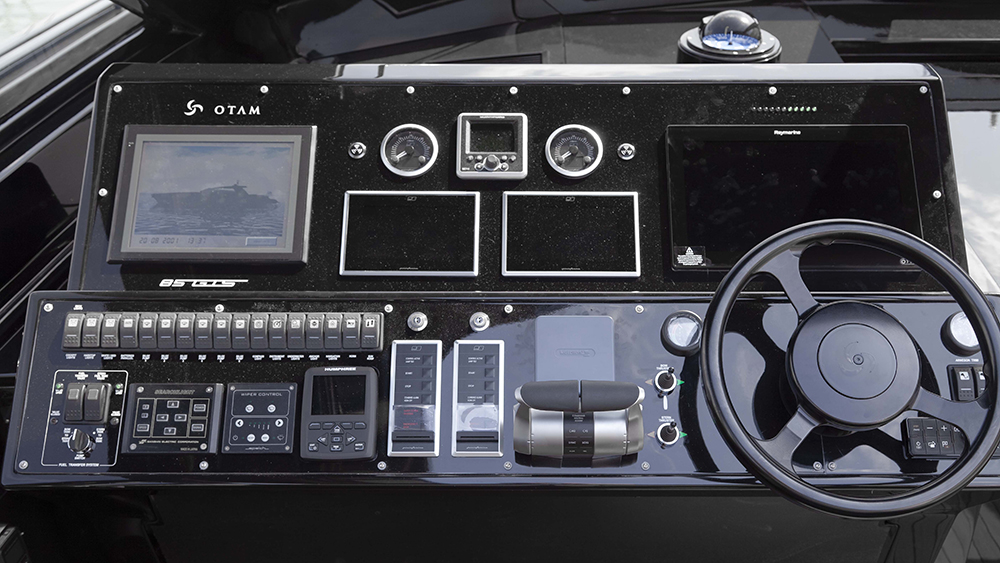 This first Otam 85 GTS will make its public debut at this year’s Cannes Yachting Festival in the South of France (September 10-16), when we’ll get to see more of the interior design. 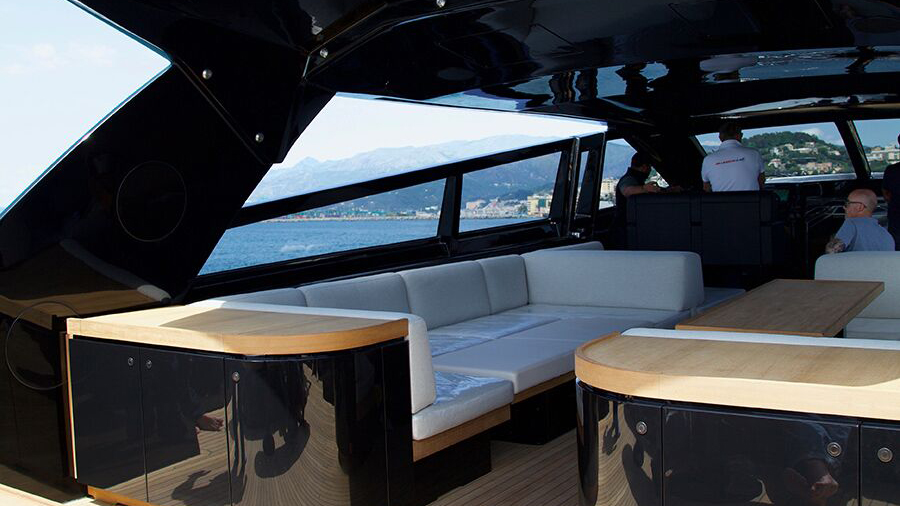 The yacht’s hardtop comes with a full-length sunroof that powers back at the touch of a button.
Photo: Yasu Kojima

Between now and then, Otam’s new 85 GTS will no doubt earn its License to Thrill.