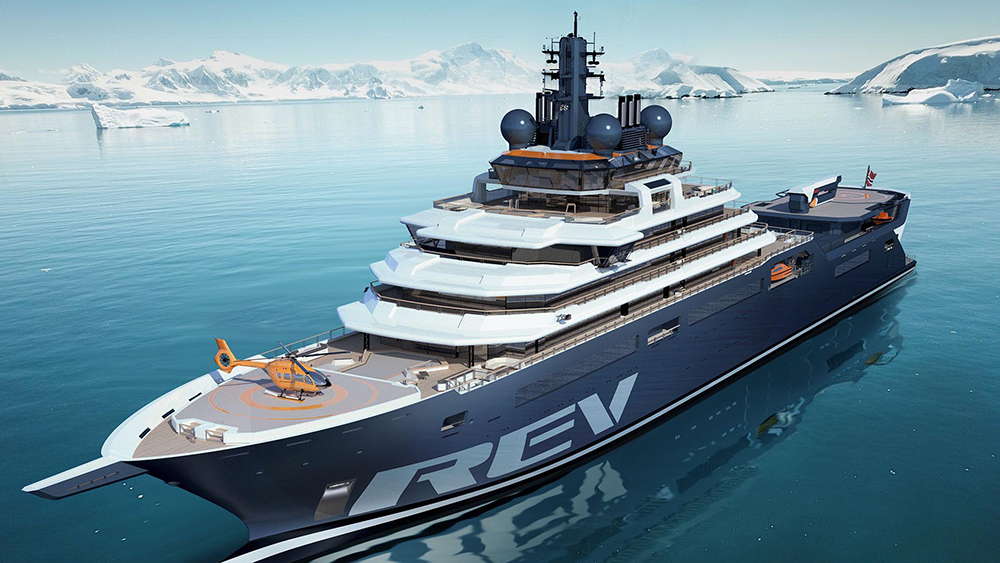 The ship will be used as both a research vessel and charter yacht.

Azzam’s six-year reign as the world’s largest superyacht is coming to an end. Sheikh Khalifa bin Zayed Al Nahyan of the United Arab Emirates 179-metre boat will soon be displaced at the top of that very exclusive list by a just-launched 182-metre expedition yacht from Norway.

The massive REV Ocean superyacht was launched the VARD Tulcea shipyard in Romania on Saturday, the company announced in a press release over the weekend. The yacht’s first taste of ocean water follows an extensive 18-month construction process. There’s still work to be done, though, as the boat won’t be fully complete in 2020.

REV Ocean is the brainchild of billionaire businessman Kjell Inge Røkke. He has called the yacht cornerstone of his goal of improving ocean health worldwide. The Espen Oeino-designed boat, which the Norwegian considers equal parts research vessel and charter yacht, will take scientists around the world, allowing them to gather vital information about the impact of carbon dioxide emissions, plastic pollution and unsustainable fishing, all of which Røkke hopes will aid aid efforts to preserve the sea. 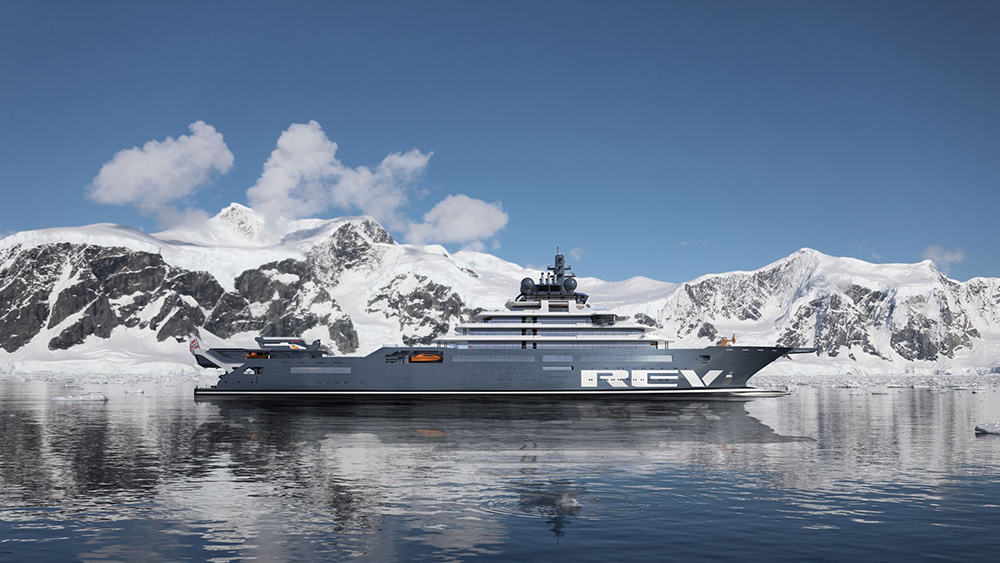 A rendering of the completed “Rev Ocean” superyacht.
Rev Ocean

“Today is an especially exciting day, our state-of-the-art research vessel has achieved a major milestone and we are now one step closer to realizing our vision of safeguarding the ocean,” CEO Nina Jensen said. “We look forward with great anticipation to REV Ocean’s journey to Norway and seeing the next stage of progress towards our ambitions of developing ocean solutions.”

The boat will now travel from Romania to Norway, where the finishing touches will be applied over the coming months, according to Forbes. During this stage, the boat will be outfitted with all manner of scientific gear and equipment, including research labs, sonar systems, a moon pool, classrooms, an auditorium and a remote operated robot capable of diving to depths of up to 20,000 feet (or about 6 kilometres below the surface). Once complete, the boat will be able to carry 55 scientists, along with a crew of 35.

But the superyacht won’t just be for scientists. The boat’s website makes clear that REV Ocean will also be available for charter by groups or individuals “seeking to improve their awareness of the ocean.” During charters, the ship will be able to accommodate up to 28 guests, with room for 54 crew members. Pricing information isn’t yet available, but proceeds from charters will be used to help fund the boat’s research operations. Check out more photos of the ship’s launch below: 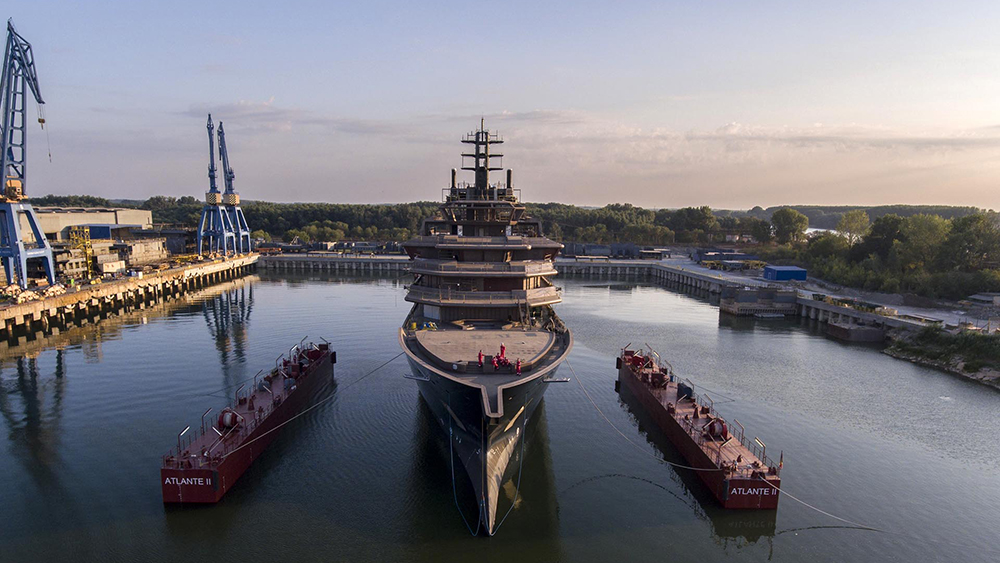 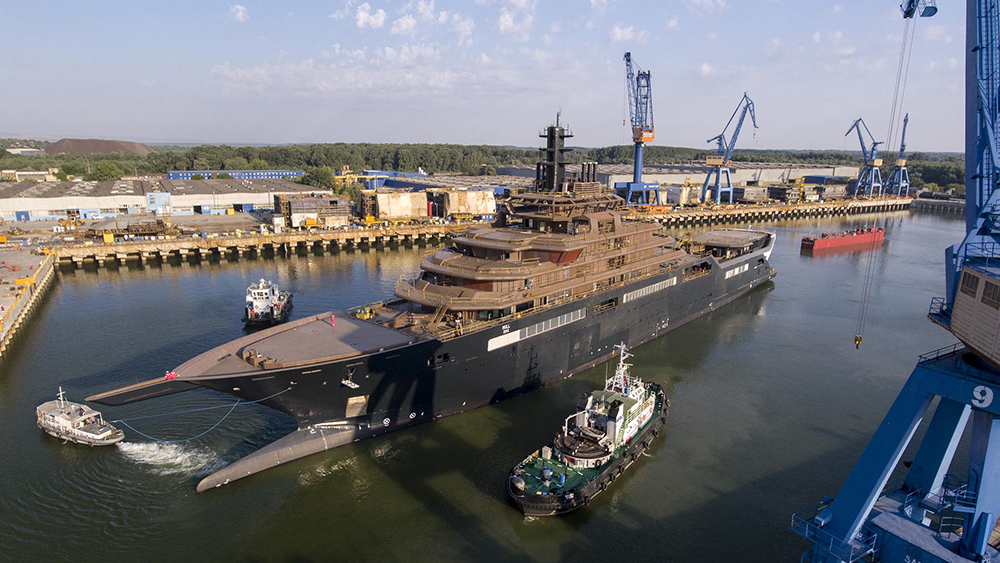 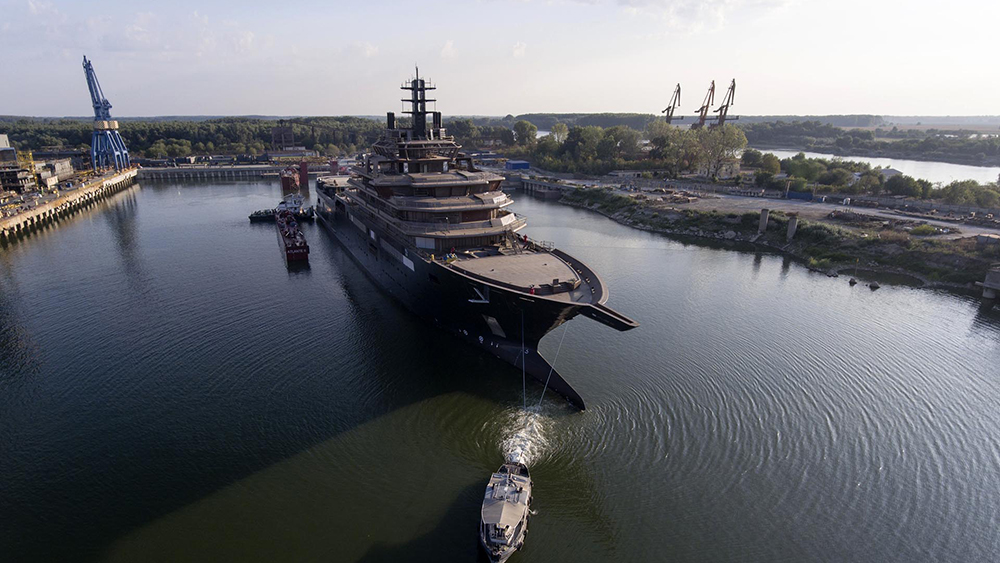