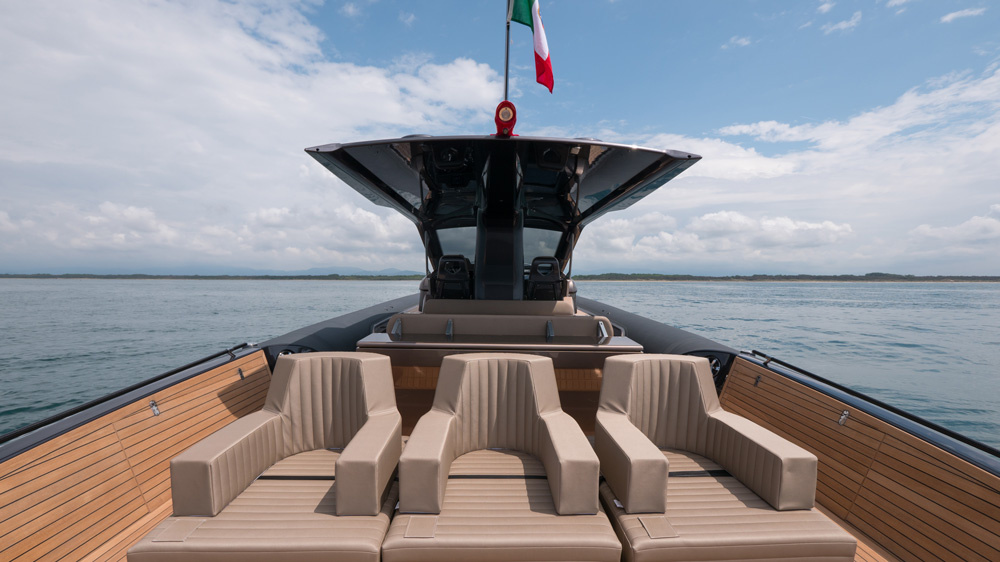 The new Anvera 48 might well be the coolest, most technically accomplished yacht tender ever. Drawn by Aldo Drudi, who first imagined the 48 as an “elegant and very fast dolphin,” the carbon-fibre boat is strong, tough, and fast. “While the hull has been developed with hydrodynamic features in mind, the superstructure has been defined by aerodynamics,” says Drudi. The black profile does indeed have a sleek, aerodynamic look—especially with the nifty hardtop that seems to float its way backward over the helm station, across the amidships dining table, and to the rear seating. Its integrated wind vent provides fresh air to the shaded areas. It’s a special design that delivers wind and sun protection in the centre area while leaving the aft teak deck completely exposed to the elements. 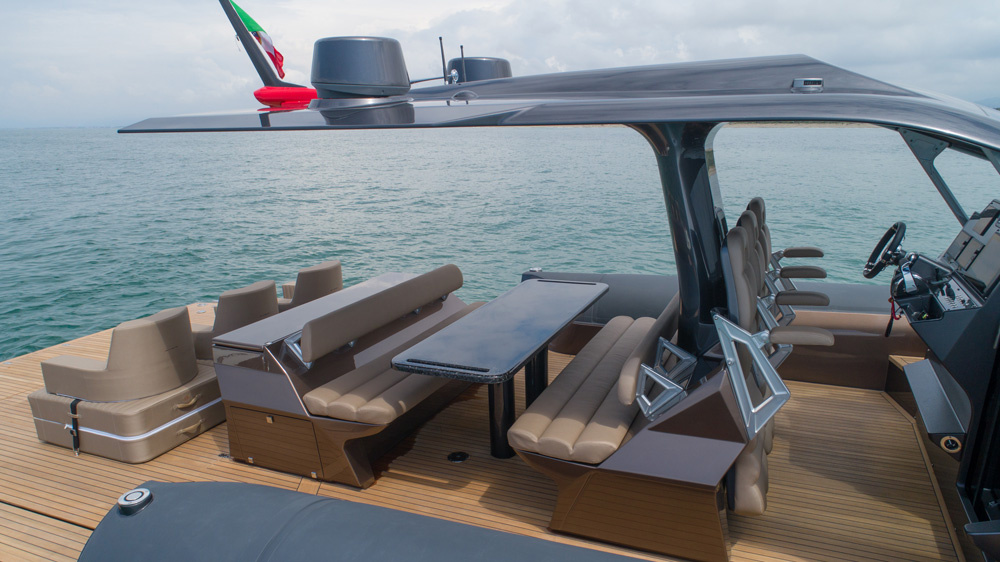 The rear gunwales on both sides fold outward to create an open rear deck measuring 20 square metres. Three seats facing the stern serve as either seating or fold-down beds. At the transom, wooden stairs deploy straight down into the sea. The yacht’s five-metres-plus beam allows for a large main cabin in the foredeck.

The Anvera 48 may be categorized as a tender, but it’s also a fast, cool-looking weekend cruiser, with a top speed of 55 knots. Watch for the Anvera 48 at both the Cannes Yachting Festival and the Monaco Yacht Show this September. 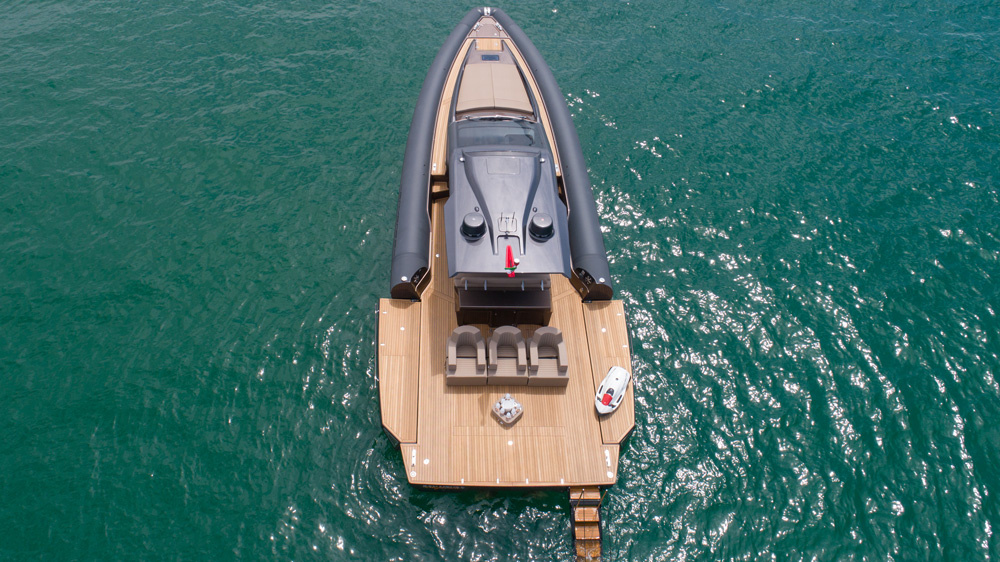 LG Yacht, parent company to the Anvera brand of yachts, was created in 2002 as a research-type company working with composites and other nautical-industry services. LG Yacht benefits from Norberto Ferretti’s (of Ferretti Yachts) company Team Italia Offshore, which researches extreme technologies. Luca Ferrari (nephew of Norberto and former member of Ferretti’s development team) heads up the LG initiative which, in 2014, upped the ante with Giancarlo Galeone (also from Ferretti Group) and Gilbert Grassi (former team manager for Team Italia Offshore and production manager and director at Ferretti Group) coming on board. As can be seen by the Anvera 48, this is a forward-thinking group of yachting veterans to be reckoned with.