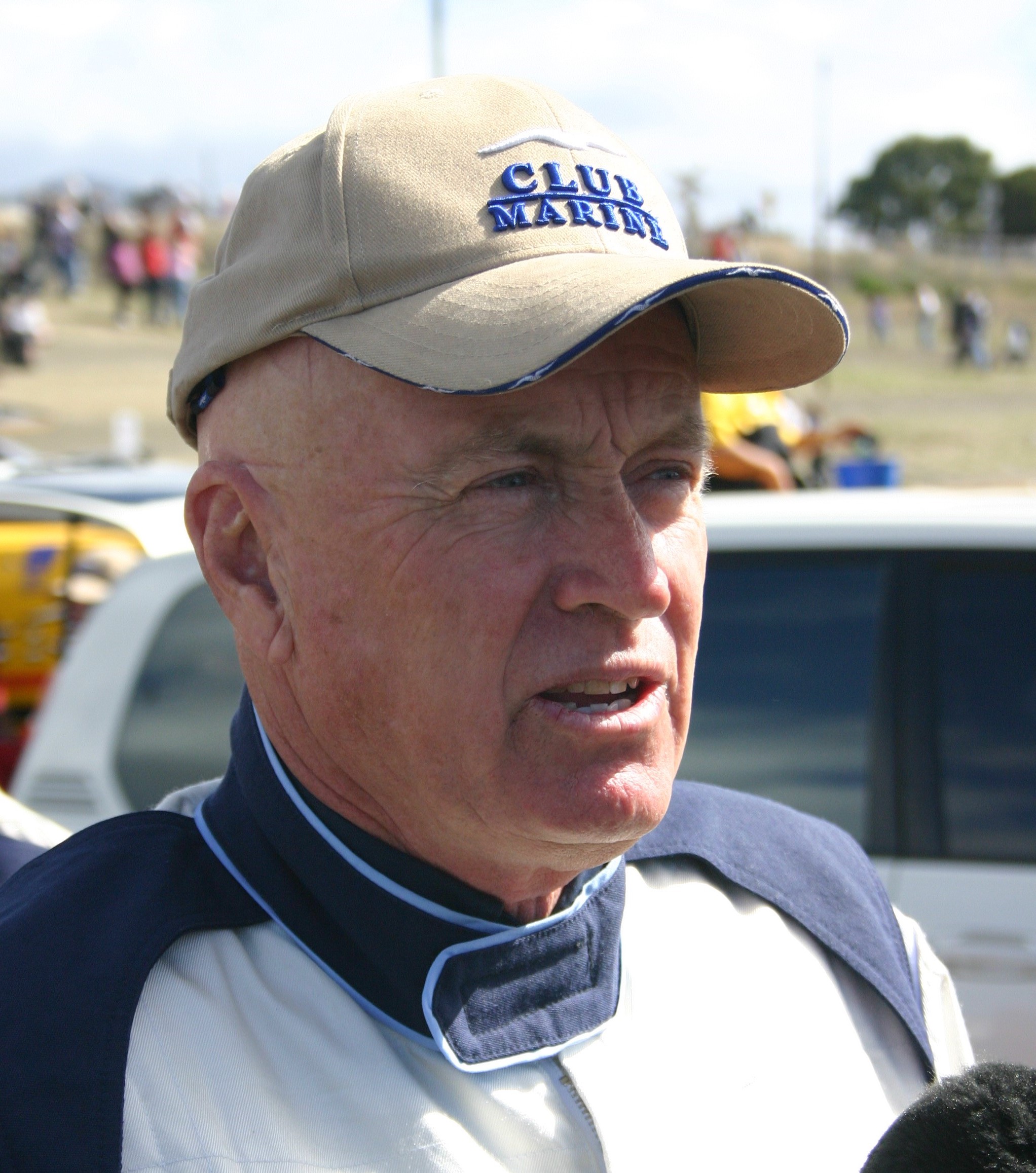 The legend of Australian boatbuilding and offshore powerboat racing casts off on the industry, boat design and being “stone, motherless stubborn” in business.

Bill Barry-Cotter, 72, is the founder of luxury cruising yacht and powerboat builder Maritimo, but it’s more accurate to describe him as an elder statesman of Australian boat-building. Born in the NSW Snowy Mountains town of Adelong in 1944, Barry-Cotter aspired to be a carpenter, but his attention was drawn to boating by an uncle, Keith Barry-Cotter, a well-known hydroplane racer. Moving to Sydney, Bill secured an apprenticeship with Neville Steber’s Clinker Craft, then joined Pittwater shipwright and sailor Cedric Williams. At 22, Barry-Cotter established Mariner Boats, building a large range of motor and sail craft. Selling Mariner in 1978, he established Riviera on Queensland’s Gold Coast in 1980. Riviera was sold in 2002, and Barry-Cotter went on to create Maritimo. Barry-Cotter has also successfully built and raced offshore powerboats, winning seven Australian Class I offshore powerboat championships.

You stood on the shoulders of giants as an apprentice boatbuilder in Sydney. Who were they and what did they teach you?

Yes, Neville Steber, Cedric Williams. Wooden boat builders, both of them. Cedric Williams was … I’m still friendly with his son, Cedric, but the father was a very clever, both designer and boat builder. In those days you did everything as an apprentice. You actually learned to design. You learned the whole lot of it, all the way through – the shape, what the different shapes will do and the performance. A boat builder or a shipwright is a jack of all trades. You’re learning basically every trade involved. I also knew Bob Miller – Benny Lexcen – very well.

You were running Mariner when the industry transitioned from wooden boats to fibreglass. How did that go?

When I started Mariner, it was wooden boats, through to about 1969, when we built the first fibreglass boat. Our last wooden boat was probably the mid-’70s. We were a bit slow, but we’d advertise that we would build the boat in timber or fibreglass and, as soon as we got the customer, we’d talk them into a wooden boat. Then it got to the stage with one customer that we couldn’t talk him out of a ’glass boat, so we had to build it. From the design side, wooden boats were so much better because every boat you built, you’d change. With the fibreglass boat, there’s a mould, nothing ever changes. Wooden boats, every month, you were altering it and learning.

Is it best to build pleasure boats tough and reliable, or innovative and experimental?

We’re very conservative with everything we do. A lot of others aren’t. We deliberately over-engineer everything. They’re all solid fibreglass bottoms, and it’s designed that way to last, whereas cored bottoms [lightweight balsa or synthetic sandwiched between fibreglass layers] are fine on race boats, but the longevity is not there … Over the years, as I worked, I failed. I had a boat bust going to Hobart. You make sure that it will never happen again.

How does offshore powerboat racing relate to your pleasure boats in terms of design and materials?

The materials are basically the same. For the Maritimo race boat I’m building, we use E-glass and epoxy resin. For the pleasure boats, they’re E-glass and Vinylester resins. We went through an era where the race boats were all carbon-fibre, but over the last 10 years that’s effectively disappeared. In an accident, a carbon-fibre boat will literally come apart. Where racing helps the pleasure boats is in the engineering, the structure – like the way we use transverse rather than longitudinal stiffening. That’s come out of powerboat racing.

How is it you’ve been able to establish three industry-dominating boat-building businesses?

Yeah, it’s probably just … I learned a long time ago with some of the people I worked for, that to be successful, a) you had to love what you’re doing and b) you have to be stone motherless stubborn. To make those businesses successful was a bit of the competition thing. It was not dissimilar to having a race.

You famously fell out with the buyer of Mariner and some years later, having established Riviera in the meantime, you bought back the company for $12.

When I sold Mariner, I got really furious with some things that had happened, and I stormed out of a meeting. I said, “Listen, guys, one day I’ll get this business back for 10 bucks.” It went into receivership about 10 years later. I had a few attempts at buying it, but we could never negotiate a deal. So at one point I’m negotiating with one of the old shareholders of the company, a very clever guy. We negotiated through, and then the last thing was the IP and what’s it worth. I said 10 bucks. He said, “No – I’ve heard the story about that. You’ll never get it for that.” I said, “Well, we’ll be here all night.” He said, “No. We’ll do it for $12.”

Think of it as the Tesla of the high seas. 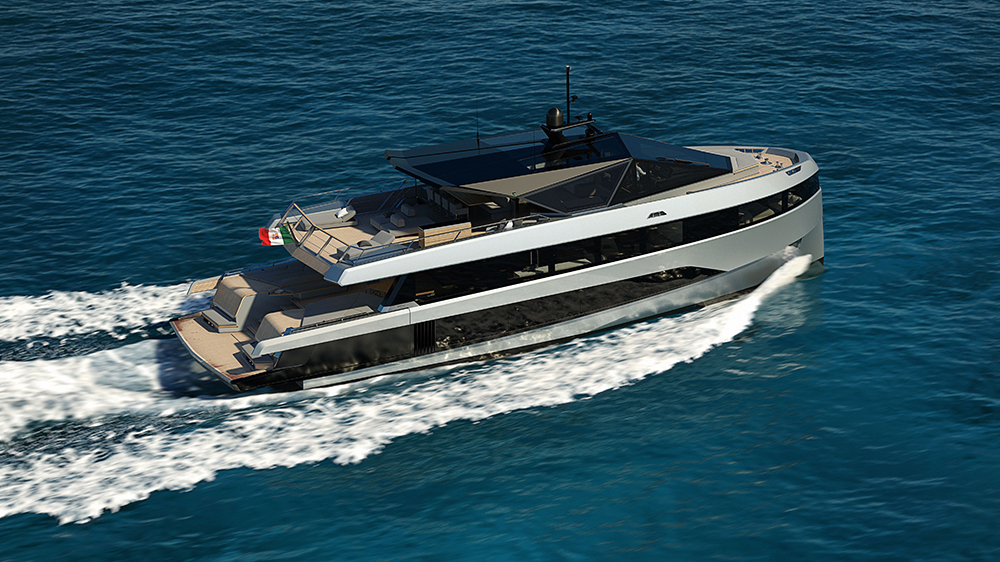 Indeed, the WHY200 features more than 200sqm of indoor living space. 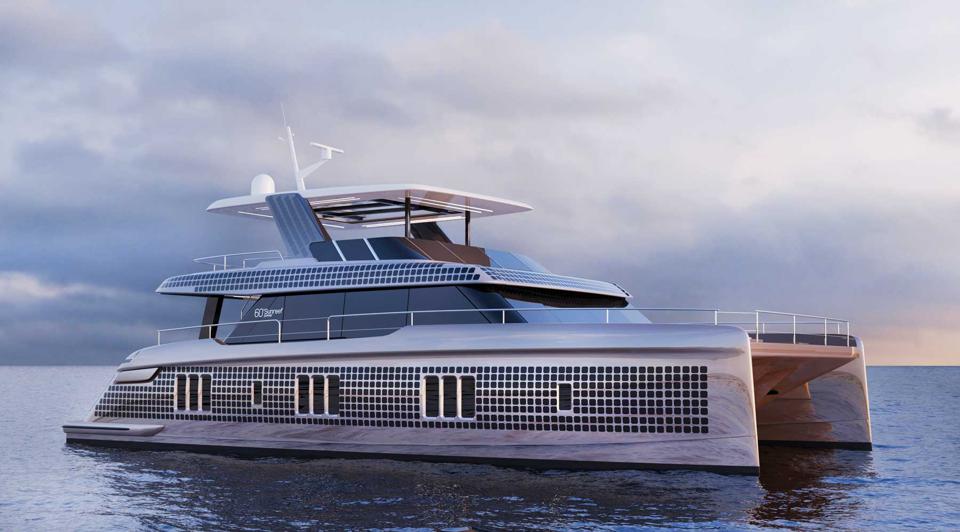