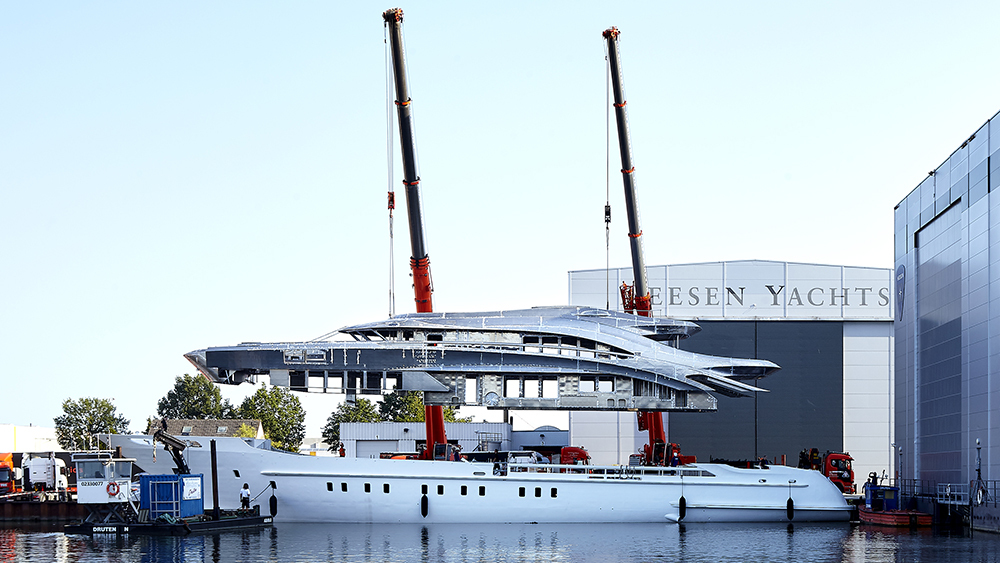 Piecing it together: This is how a superyacht is built

Photos of Heesen’s Project Triton demonstrate how superyachts are constructed.

Most great shots of superyachts show them in their natural habitat of deep-blue waters moored off some tropical atoll, or perhaps in a picturesque European superyacht marina such as those in Saint-Tropez, Cannes, or Monaco. So it was with some surprise that we found ourselves completely captivated by a very different image released by Dutch yacht-builder Heesen—one that depicts the linking of a superstructure and its hull for the forthcoming 50-metre Project Triton. 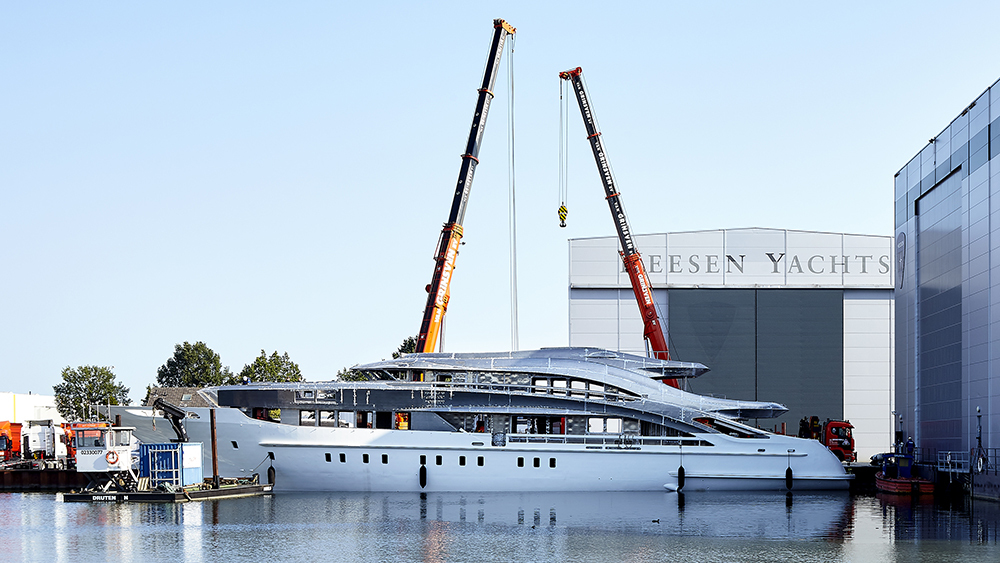 The hull is floating in the water at Heesen’s shipyard in Oss, the Netherlands, while two large cranes lift the bare-aluminium superstructure from a barge and suspend it over the water. Other images in the series show how it is gently dropped inside the edges of the hull. The two sections will eventually be welded together. A Heesen spokesperson said the yard can join the two pieces either in the build shed or on the water. In fact, both options are standard procedure for most superyacht builders. 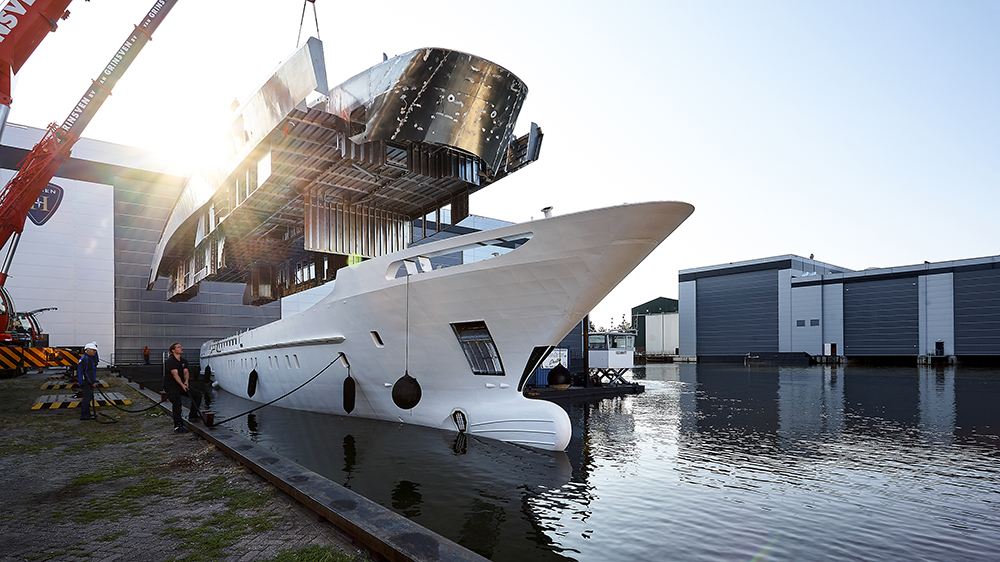 Known for its impeccable build quality, award-winning Heesen has been one of the most successful superyacht builders in the last five years. The second hull in Heesen’s 50-metre Steel Class line, with an exterior by France-based designer Clifford Denn and interior by British design studio Reymond Langton, Triton will have a range of 3800 nautical miles at 12 knots. Denn’s exterior styling uses cues from classic-car design, while the Reymond Langton interior is defined by diagonal and curved lines that create a geometrically clean and cozy environment. Project Triton is scheduled for a February 2020 delivery. 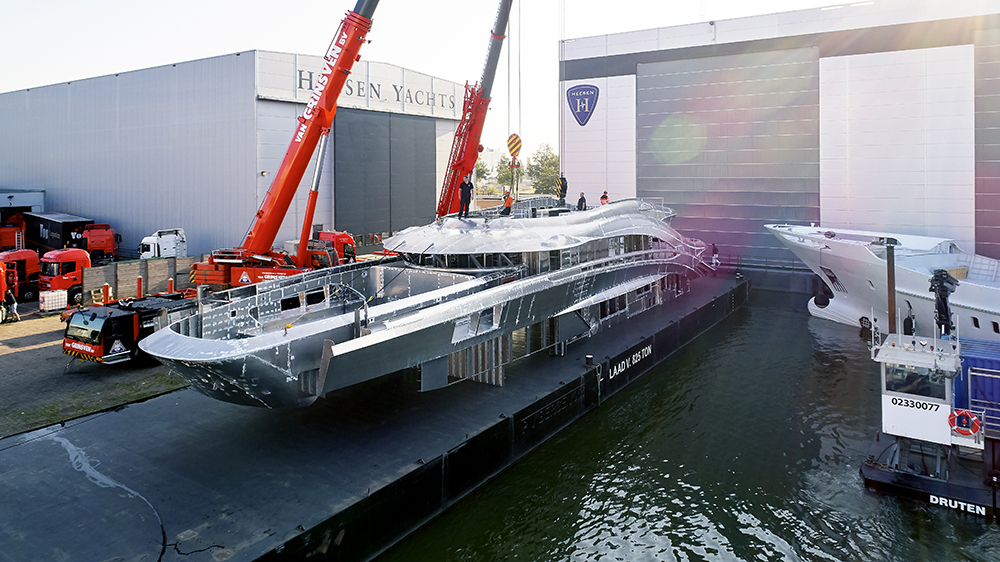