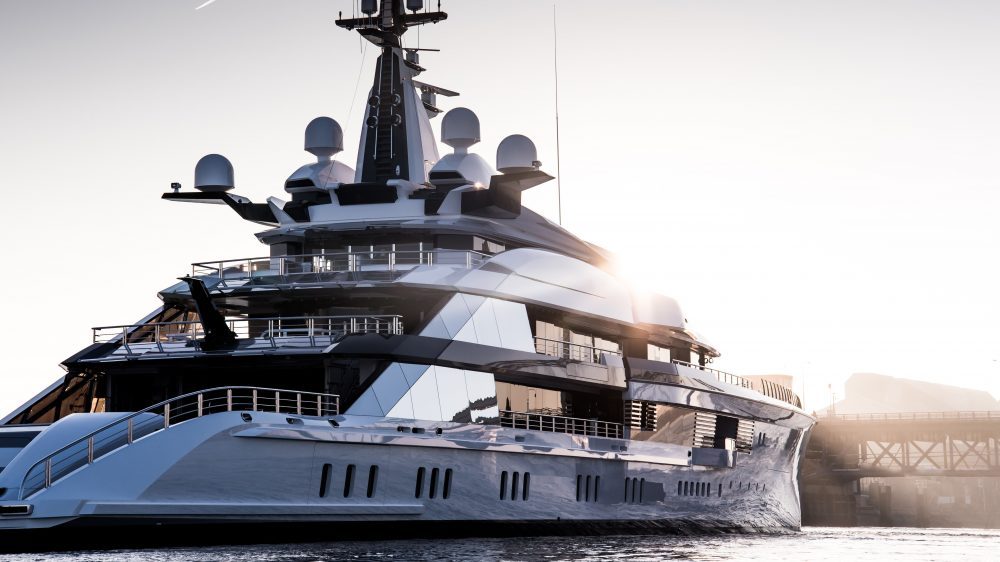 Proof gigayachts can be both gorgeous and green.

Oceanco‘s new 108-metre Bravo Eugenia is a lean, green, sailing machine that’s destined to be a record breaker. While a growing number of vessels include hybrid engines, they are still rare on superyachts, just because of the sheer effort it takes to power boats of that size. But Bravo Eugenia is a sleek example of what can be done at the top of the gigayacht class. Launched in Autumn, the custom boat is the first Oceanco to have the new LIFE (lengthened, innovative, fuel-efficient, eco-friendly) design, which combines progressive naval architecture with a clever hybrid-engine configuration.

The design principles, says James Roy, managing director of Lateral Naval Architects, produce a “harmonious balance” among the yacht’s weight, power, technical areas and interior. On the exterior, Bravo’s low profile and slender shape give the hybrid engines an aerodynamic boost and a badass look enabled in part by its single-tiered engine room. Traditional engine rooms usually need two tiers, eating up cabin or deck space. This yacht’s single-level example allows more space for guests. Oceanco has created some of the world’s most impressive bespoke yachts, including recent launches such as 90-metre Dar, 106-metre Black Pearl, and 110-metre Jubilee (recently sold to Stan Kroenke and his wife, Ann Walton, for $440 million). And Alfa Nero, Oceanco’s 2007 launch, was one of the most recognized yachts of its time.

Venice-based Nuvolari Lenard, designers of Alfa Nero and many leading superyachts, was tasked with raising the bar on Bravo Eugenia to craft another revolutionary aesthetic. “Our approach with Bravo was to maintain a stunningly sleek profile without sacrificing any interior space,” says Dan Lenard, a principal with the firm. 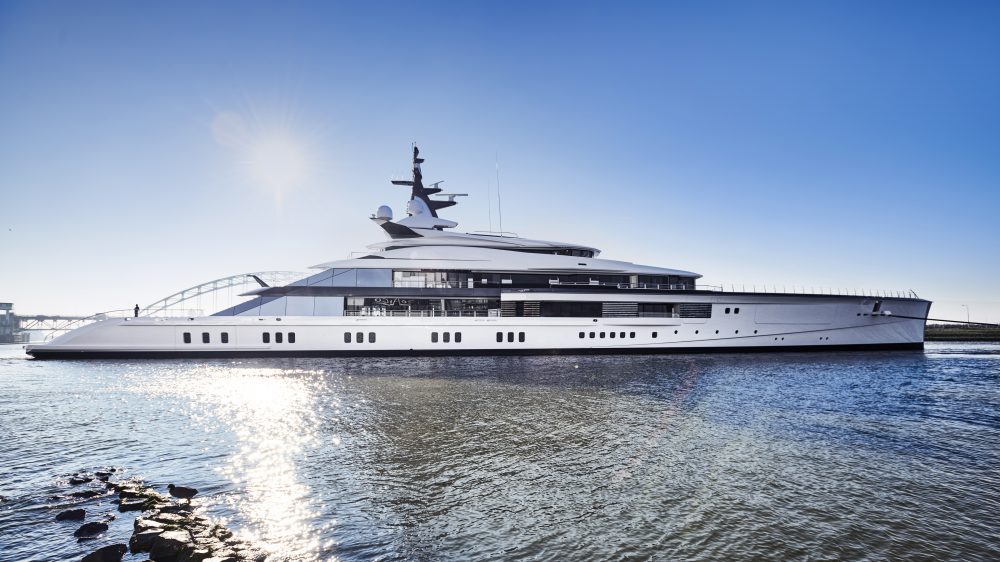 The edgy, sport-yacht lines can be seen in the dramatic open stern and a curved transom that slopes gently to the water.

The third member of the Bravo dream team was UK-based Reymond Langton, tasked with designing an interior that matched the exterior’s lines. Pascale Reymond and her studio team worked with artists and craftsmen on the yacht’s bespoke art, fabrics, and furniture. “It all creates a warm, inviting environment for the owner’s family and guests,” says Reymond. Oceanco did not release many details on the interior, but the superyacht’s 16-metre beam provided exceptional space for the designers to work with.

Inside and out, Bravo Eugenia could be a trendsetter. “This new exterior style concept is bound to create a new design stream,” says Lenard. We expect it to be increasingly copied.