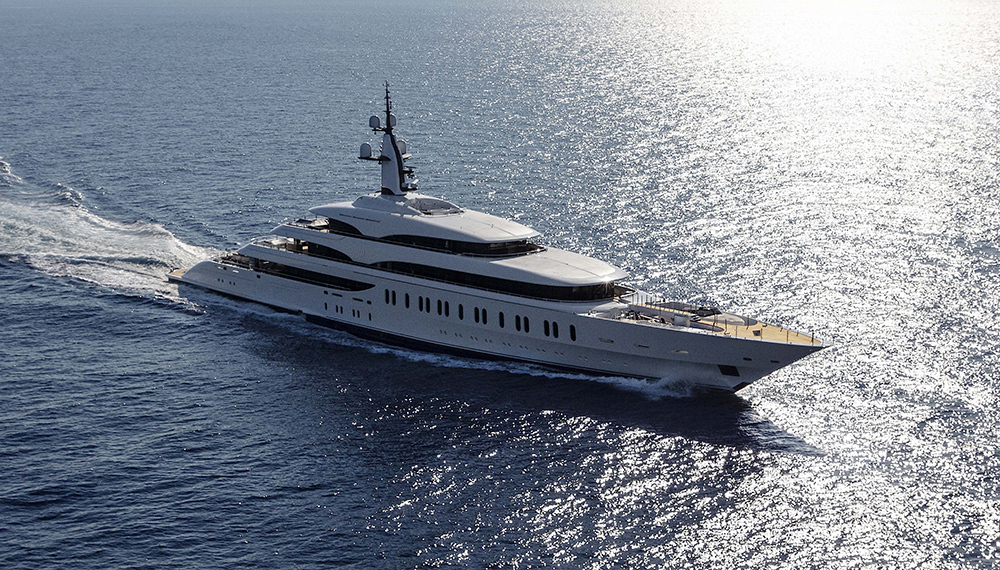 With a fuel tank 344,400-litres , the Italian-built yacht should have no problem crossing oceans.

The Italian-built floating palace—Benetti’s longest yacht ever—is estimated to have cost Mariah Carey‘s former fiancé around $290 million. It was handed over at the builder’s Livorno yard, just in time for the prime Mediterranean cruising season.

Packer, 51, who recently sold a stake in his casino company Crown Resorts for a reported $2.4 billion, named the yacht IJE after his three children: Indigo, Jackson and Emmanuelle.

Don’t confuse that, however, with EJI, the 55-metre Dutch-built Amels superyacht that Packer took delivery of in May last year and off-loaded five months later in September, after listing the yacht for US$47 million, (around $68 million).

Before EJI, Mr Packer was the proud owner of the massive 87-metre converted German ice-breaker Arctic P, which he gave to his sister Gretel in 2017, prior getting the keys to the Amel.

In recent years, Packer has owned the 51-metre Amels Seahorse, which he sold in 2015, a 50-metre go-fast Mangusta he named Z Ellerston and the go-even-faster 45-metre Leopard called Z Sydney. 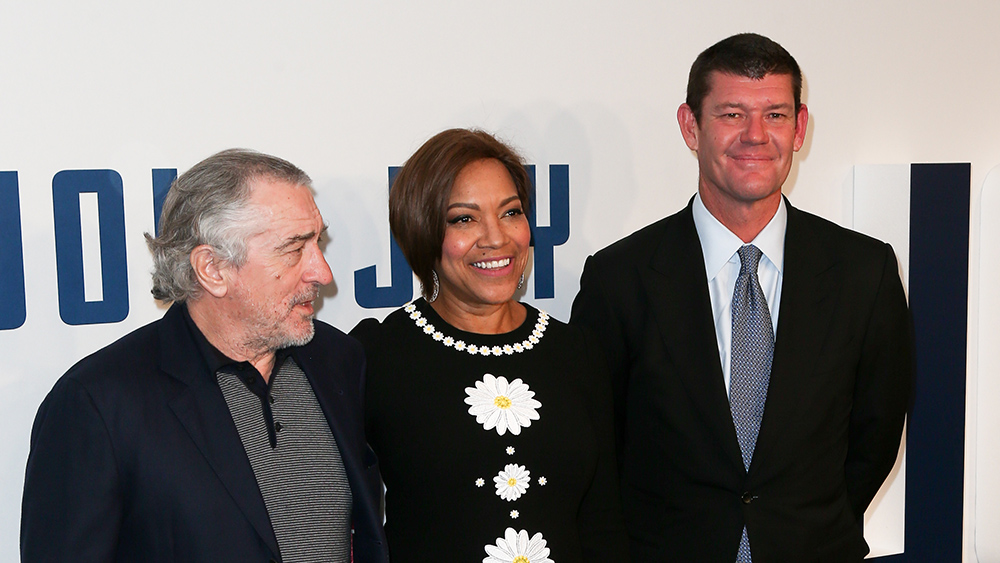 Naturally, the new Benetti is the crown jewel of the Packer armada. Previously code-named FB275, it’s one of three Benetti gigayachts—so-called because of their 100-plus-metre (328-foot) length—being launched this year within 100 days of each other.

The Benetti also has a 670 hp electric Schottel pump-jet system for short-distance, low-speed zero-emission cruising—perfect for sneaking out of Saint-Tropez late at night without waking the neighbours. 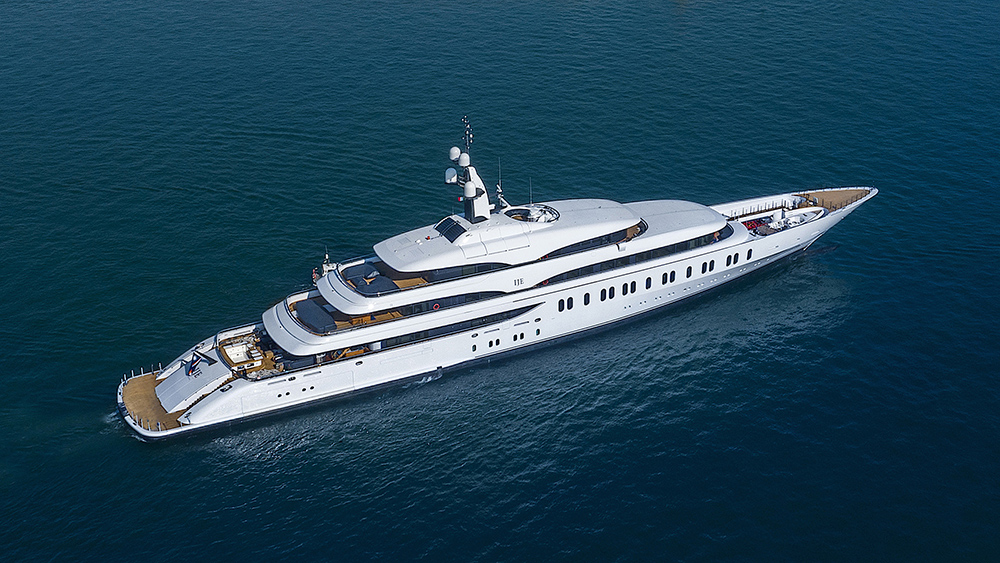 Designed by Britain’s RWD, EJI has a stunning five-deck ‘wedding cake’ aluminium superstructure with a 3367GT interior from the drawing boards of Benetti’s in-house team. According to Benetti, a staggering 500,000-plus man-hours went into creating the interior spaces.

In addition to the 11 cabins for guests and 15 for the crew of 29, the yacht comes with all the toys, like a cinema, sauna, gym and huge heated pool. The more than 930 square-metres of outdoor deck space includes a vast observation deck and over-sized fire pit along with a foredeck with space to accommodate the yacht’s two 13-metre tenders.

Finding time to spend aboard EJI might be Packer’s biggest challenge. Last September he bought Danny DeVito’s old Holmby Hills mansion in Los Angeles for a reported US$80 million, (around $115 million), and is said to own property in Aspen, Palm Beach, Argentina and back home in Sydney where in 2016 he splashed US$60 million, (around $86 million) for a two-floor condo.