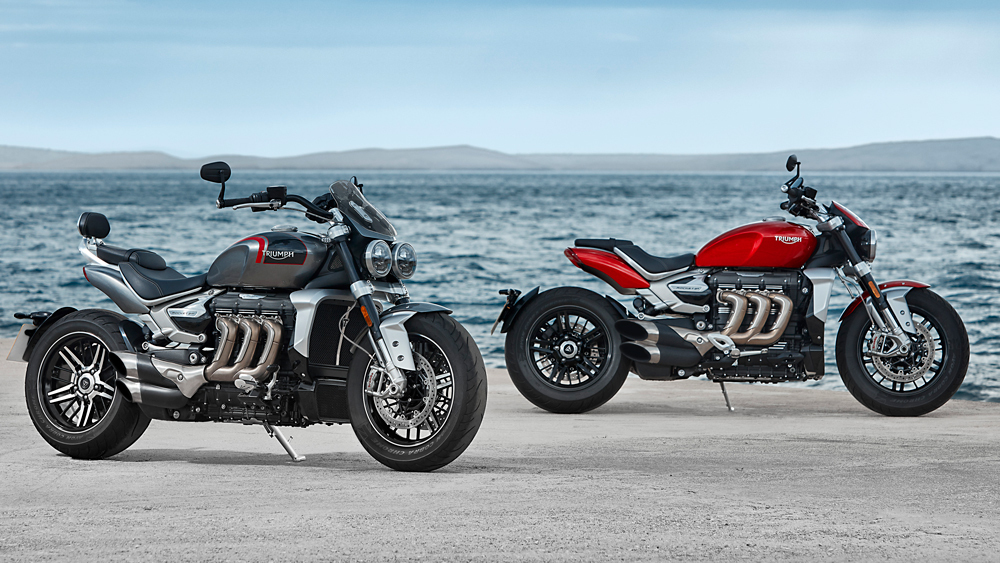 Inside the Insane, Rule-Breaking Trimaran Yacht That Just Hit the Market for $17 Million

After circling the globe since 2012, this spectacular 42-metre superyacht is ready to go again.

For more than seven years it has spun heads from St. Barts to Bali. Now, the rule-breaking 42-metre power trimaran Adastra is up for sale, and could be yours for a cool $17 million.

This futuristic, ocean-crossing projectile was built back in 2012—at a cost of well over $28 million—for Hong Kong–based shipping magnate Antony Marden to cruise Indonesia and Southeast Asia.

But in those seven years, the custom-built, wave-piercing-hulled superyacht has crossed the Atlantic half a dozen times and taken Marden and his wife island-hopping around the globe.

“She’s been the most remarkable boat. Her seaworthiness is quite amazing. We’ve weathered 50-knot winds crossing both the Pacific and Atlantic oceans. She just takes everything in her stride,” Marden tells us.

“She’s also extremely economical. Cruising at 10 knots, we burn just 4.5 gallons an hour. That gives us a range of around 10,000 nautical miles. We recently did St. Maarten to Vigo in Spain and had enough fuel left to head back to the Caribbean.” 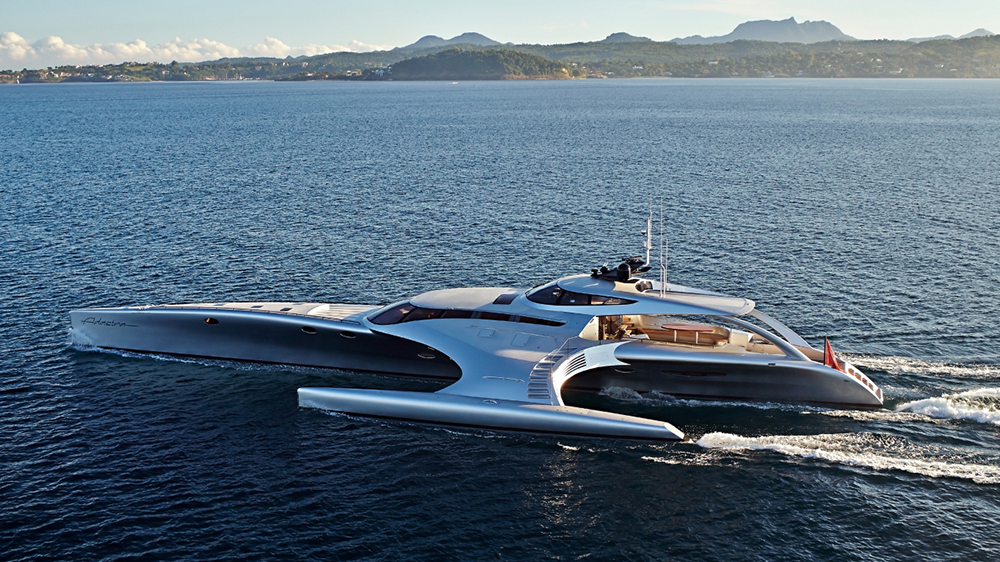 Designed by Britain’s Shuttleworth Design and built in China by McConaghy Boats, Adastra was created with a single-minded focus on strength and weight reduction. The hulls are made of a super-strong e-glass/Kevlar foam sandwich, with the deck and superstructure constructed from carbon fiber with a lightweight Nomex honeycomb core. Before fuel and water, it tips the scales at just 52 tonnes. 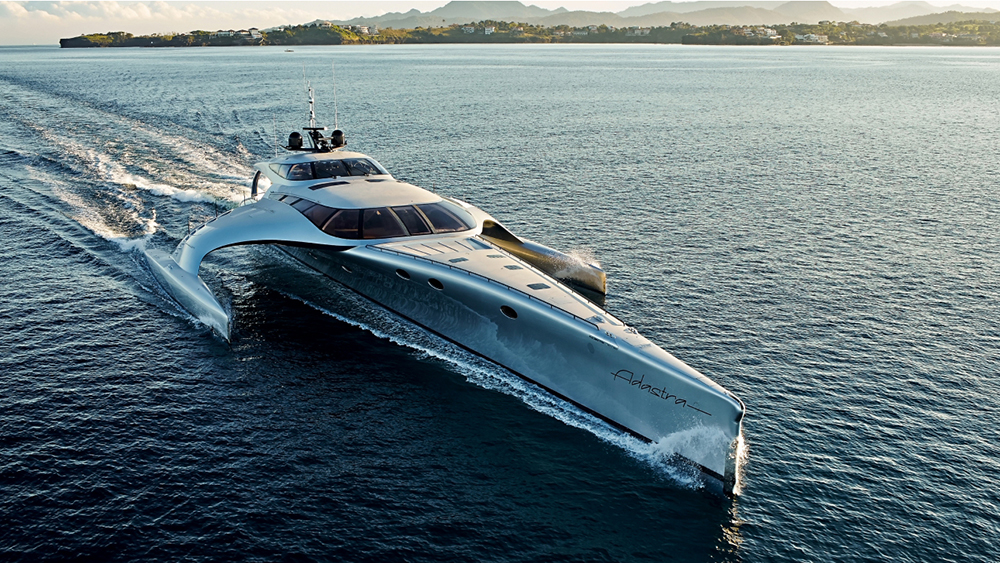 And it’s quick. Powered by a single 857kW Caterpillar C18 straight-six turbo diesel, Adastra has a top speed of 23 knots with a cruising speed—in pretty much any weather—of 17. For backup, it also has a pair of 82kW Yanmar diesel engines. 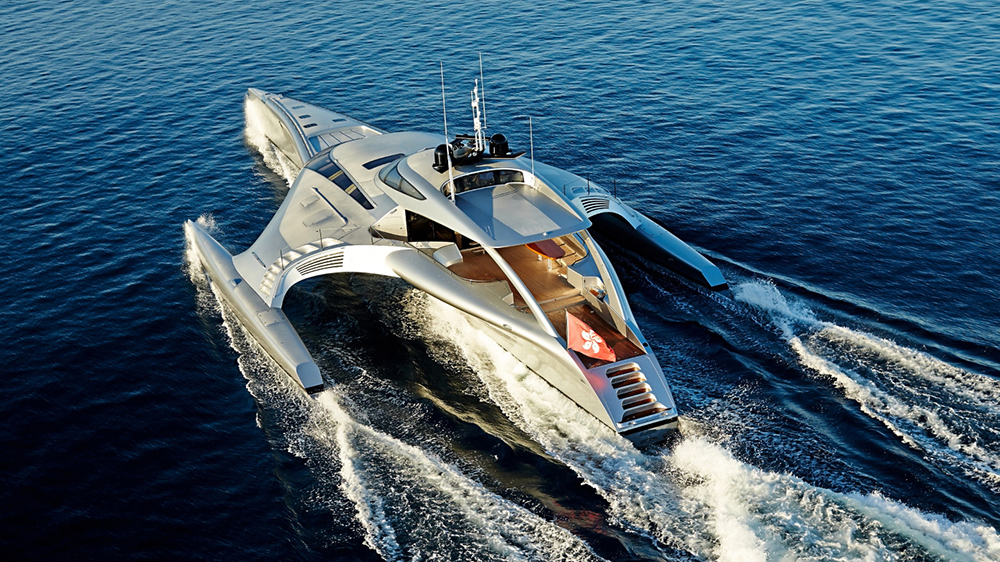 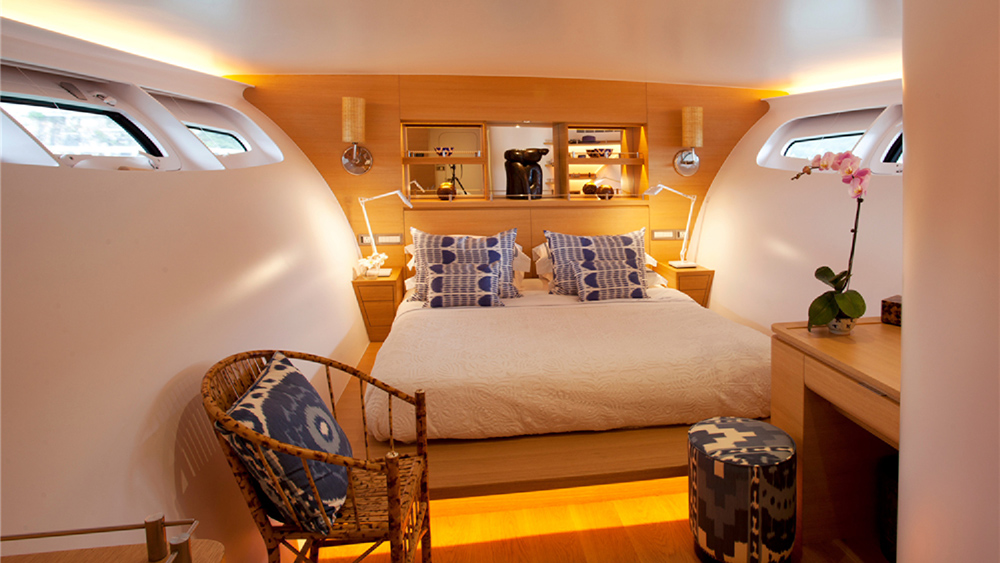 The full-width owner’s suite in the aft section makes use of the hull’s outward flare from the waterline to add to the feeling of space. 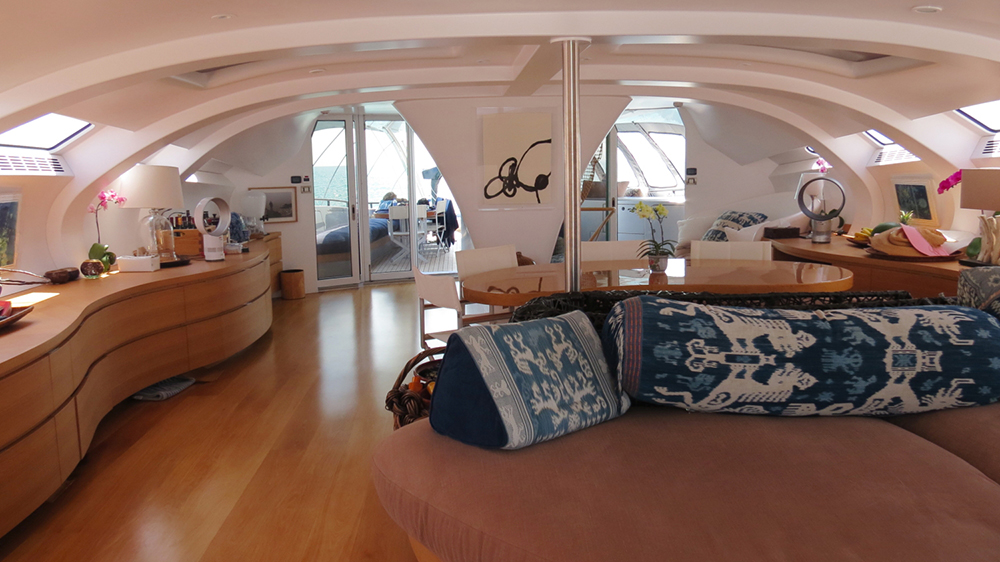 As you can see, the roomy main saloon is big on curves; from the curved ceiling to the curvy built-in furniture, to the large curved windows that flood the cabin with light. 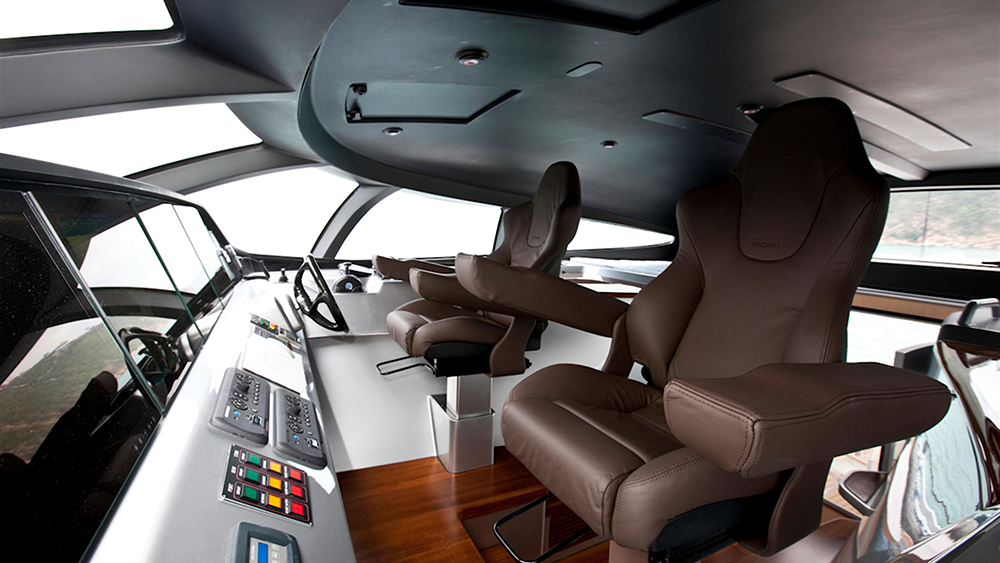 The main helm station sits in the raised pilothouse between the saloon and the aft deck. 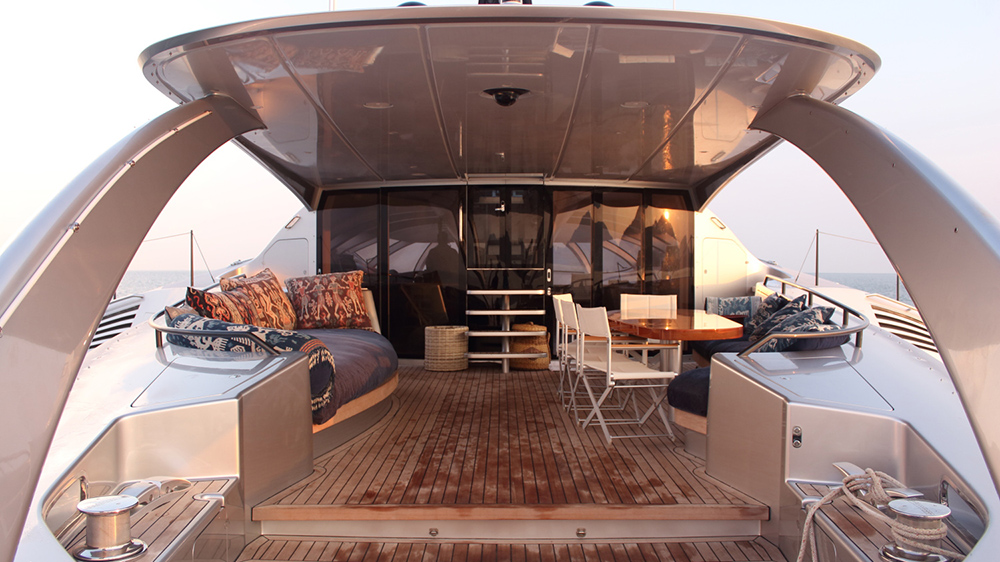 What kind of reaction does the Jetsons-style trimaran get in port? “She’s a total head-turner,” says Marden. “She’s pretty much the only boat anyone looks at. Everyone stops and takes a photo.”

So why is he selling? Marden tells us he’s done all the global cruising he wants to and feels it’s time to let a new owner enjoy this very special yacht.

“After seven years, we’ve pretty much cruised to all the places we want to cruise. Now she’s just not getting enough use. We have another yacht at home, so it’s time to sell.”

Right now Adastra is moored in Nassau in the Bahamas, and later this month will head to Fort Lauderdale’s Seahaven Marina for a showing to prospective buyers on July 25 and 26. If you’re in the market for a one-of-a-kind trimaran, click here.