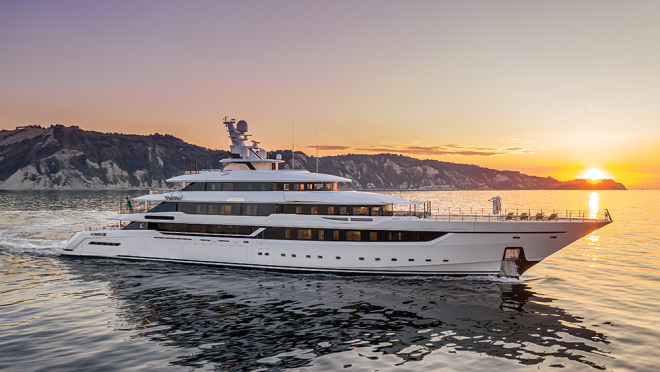 The 80-metre yacht comes complete with a glass elevator.

The west edge of Italy gets all the flashbulbs, with famed ports like Naples, Savona and Viareggio, where some of the country’s most renowned boats are built. But tucked in along the Adriatic Sea across from Croatia sits a cluster of superyacht shipyards in the Marche region’s city of Ancona. Ten years after the economic downturn, this area hums with major activity. Vineyards and their wineries are bearing fruit and making increasingly delicious wine, Michelin is bestowing restaurants with stars, and shipyards such as newcomer Palumbo are quietly turning out yachts while other regions of Italy soak up the limelight. Ancona is the major port of the Adriatic, but the only hint of that is the traffic leaving this ancient city—with Roman remnants dotted throughout—in the evening.

Palumbo Shipyard’s Columbus line recently launched the 80-metre megayacht Dragon, the shipyard’s new flagship. Not only is this full-displacement steel-and-aluminium yacht the largest in the yard’s fleet, it is also the first in its new Classic range. The exterior design by Hydro Tec takes cues from old-school ocean liners and is a preview of the even larger boats to come from the brand.

Dragon’s highlights include a glass elevator joining all six decks of the yacht—not a common convenience among such large vessels—as well as the oversized, lower-deck, multi-area beach club that opens on three sides and the sundeck’s swimming pool with a waterfall-bedazzled grotto. 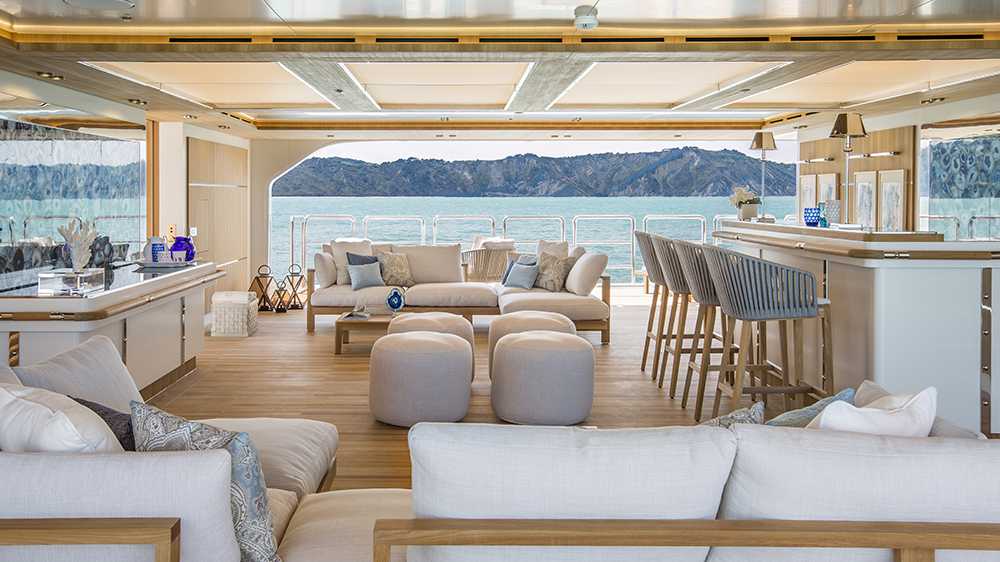 The main deck plays host to four large guest cabins and a VIP suite, all done up in neutral elegance with low-key but tasteful art and fine attention to detail. The lower deck—which houses 10 crew cabins—has another guest accommodation as well. The owner claimed the entire upper deck, which features an expansive suite with a bedroom boasting 180-degree panoramic views as well as a roomy private office and lounge space for invited guests. A large stern terrace is included in this private area, as is a forward balcony. Francesco Guida worked with the owners to design the bespoke interior, which clocks in with 2300 gross tons of volume.

Two MTU 16V 4000 engines propel Dragon to a top speed of 17 knots while four fin stabilizers should keep the ship’s roll at a minimum both underway and while anchored. At its cruise speed of 12 knots, the vessel has a range of 6200 nautical miles. It will make its world debut at the 2019 Monaco Yacht Show in September.

Check out more pictures of Dragon below: 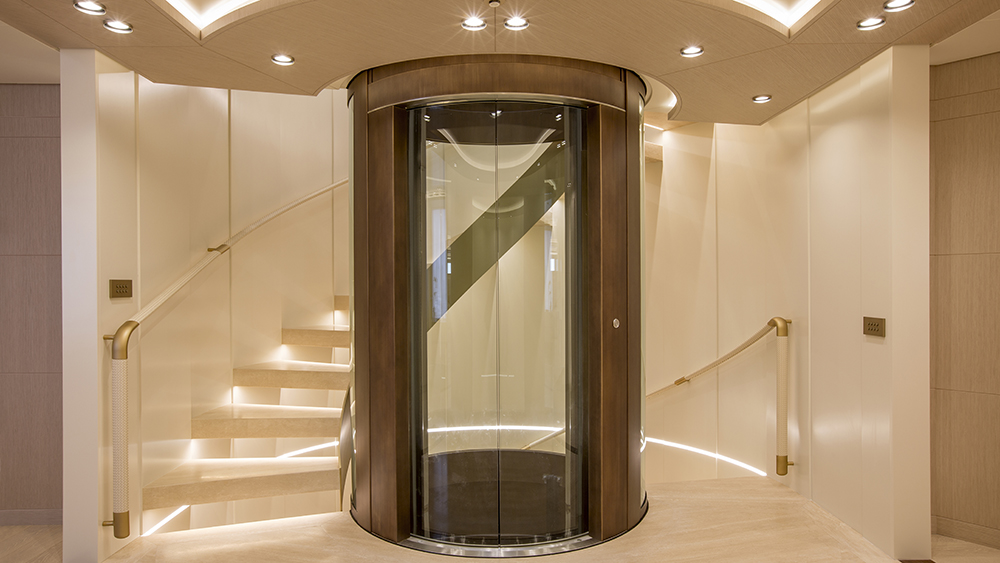 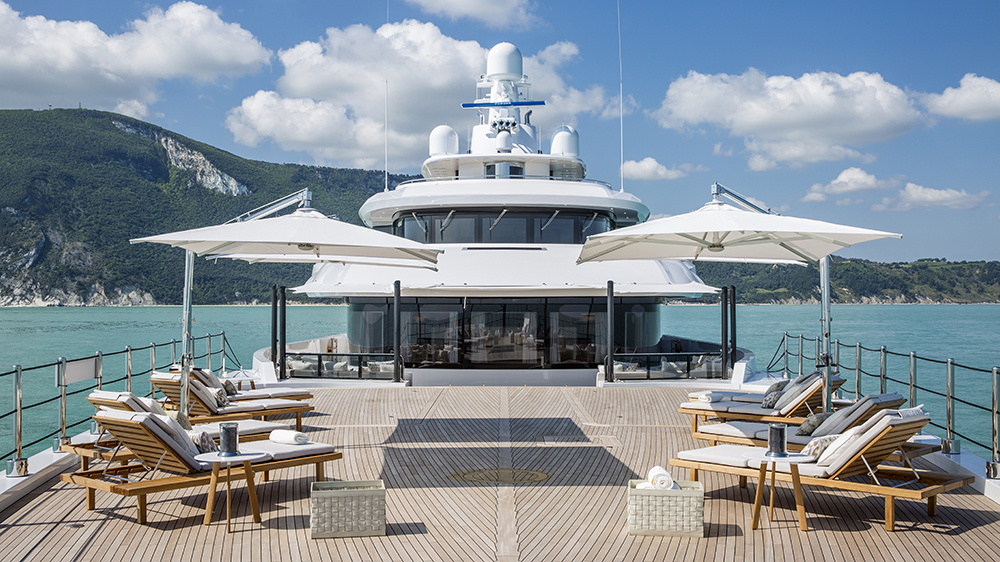 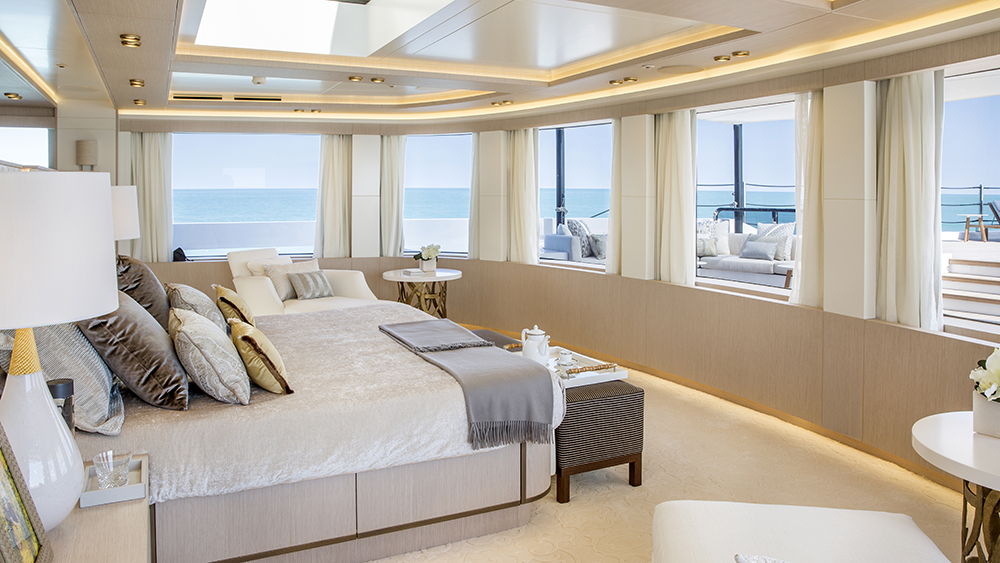 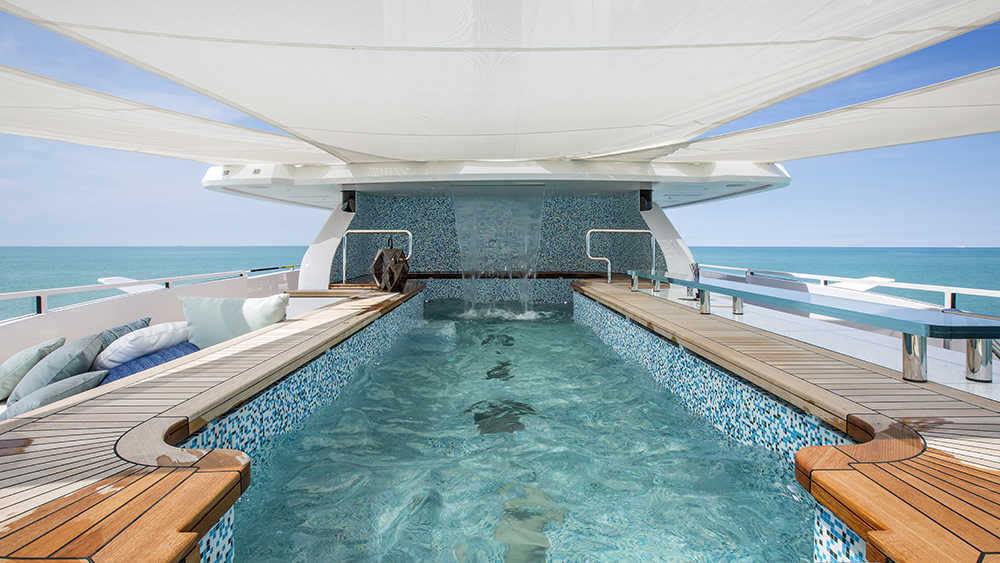 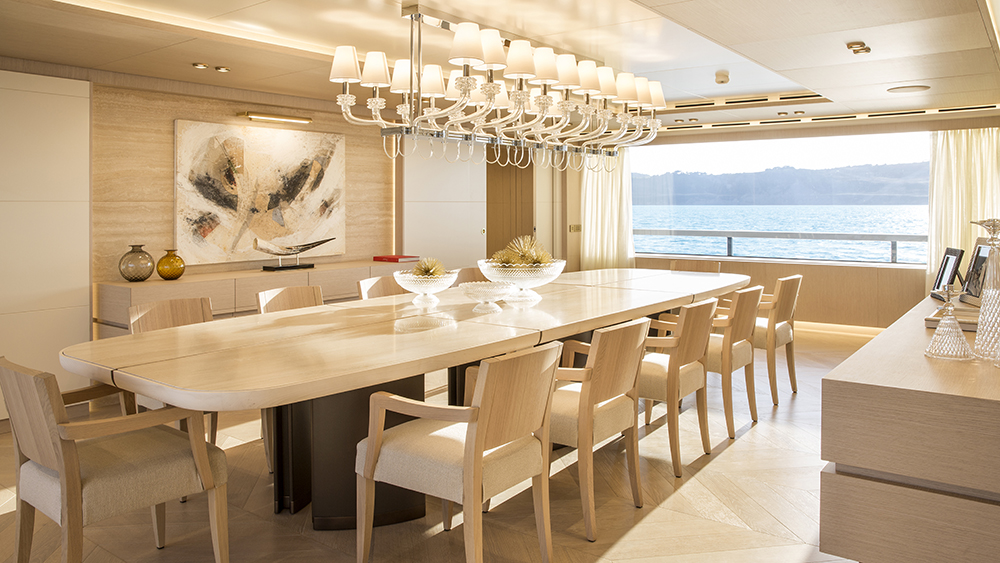 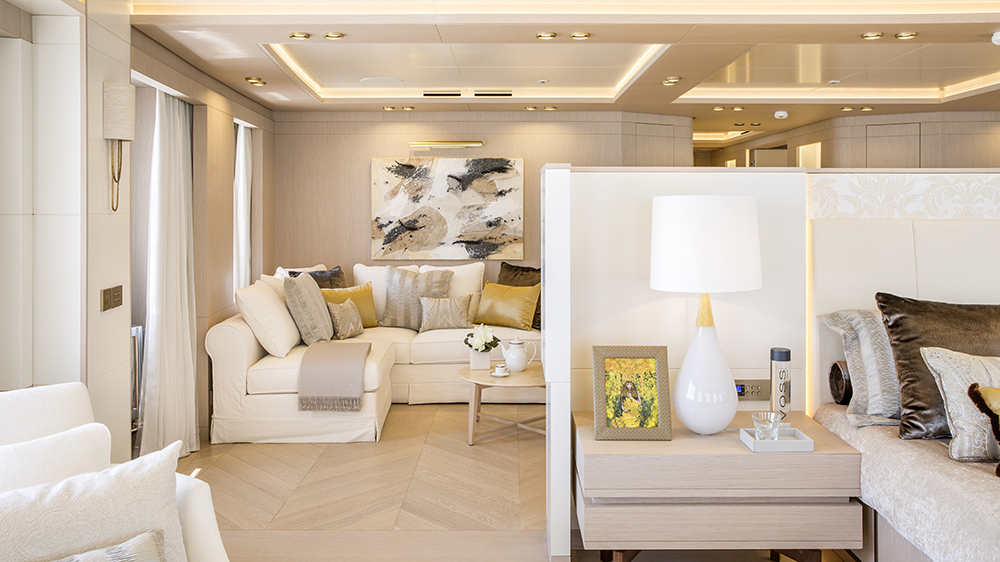 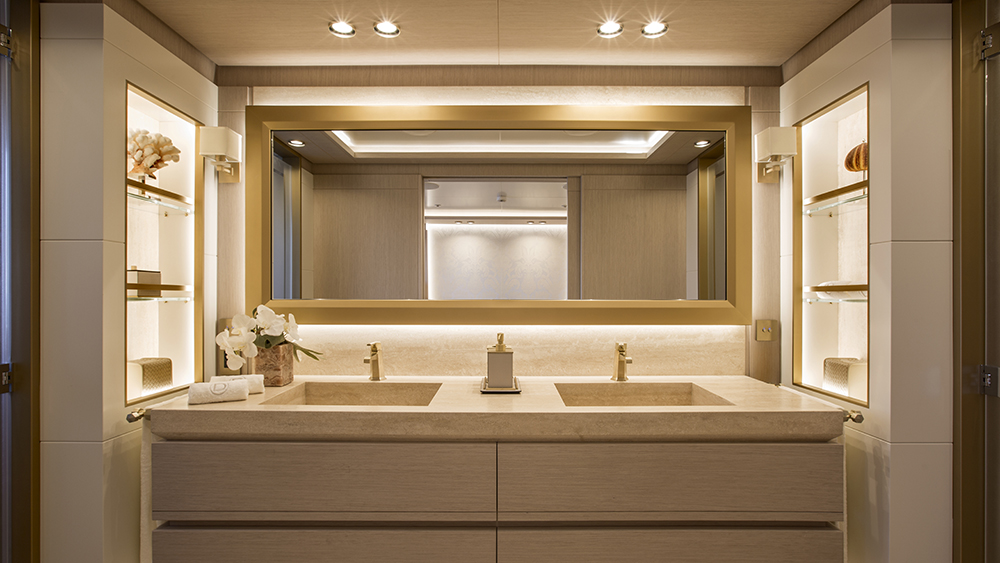 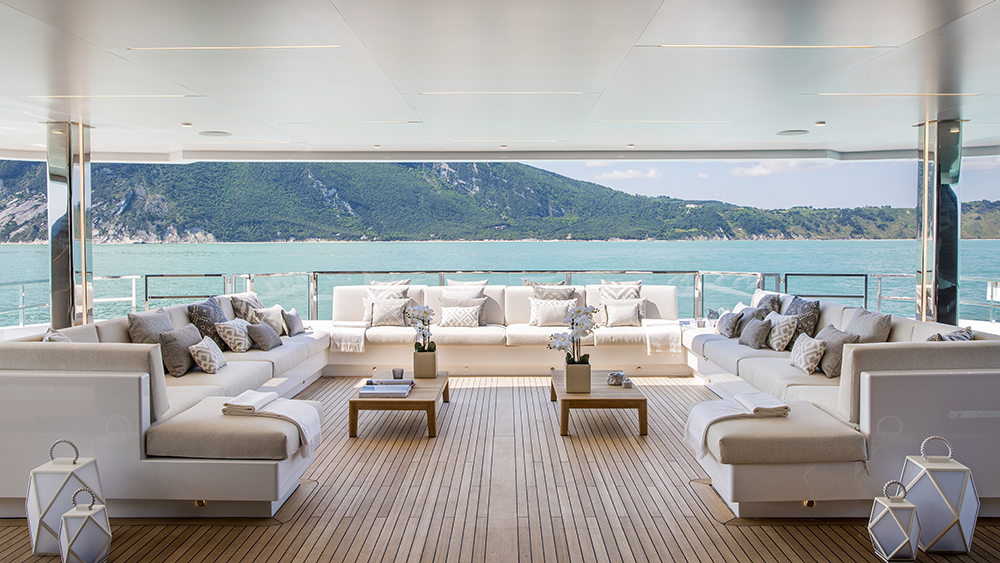 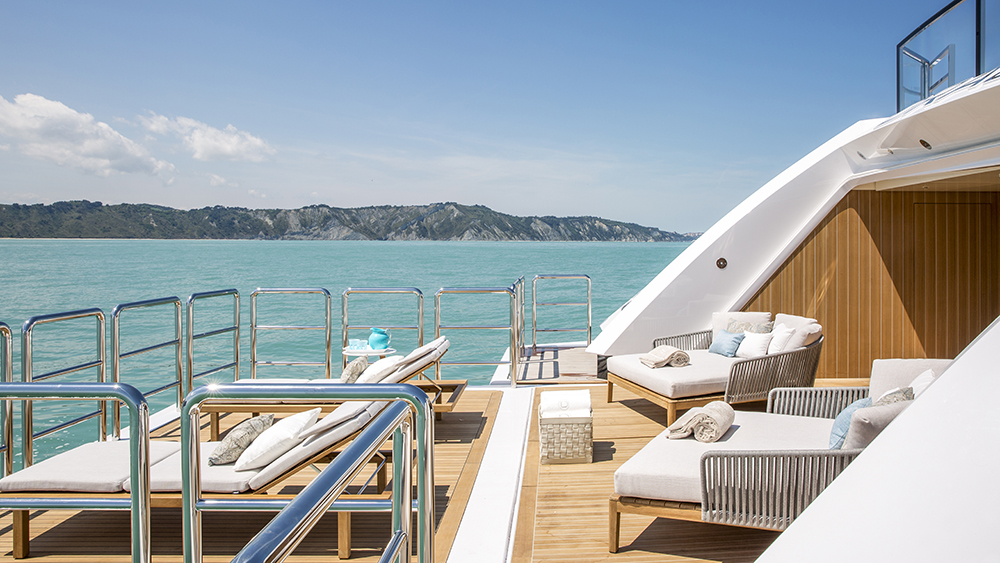