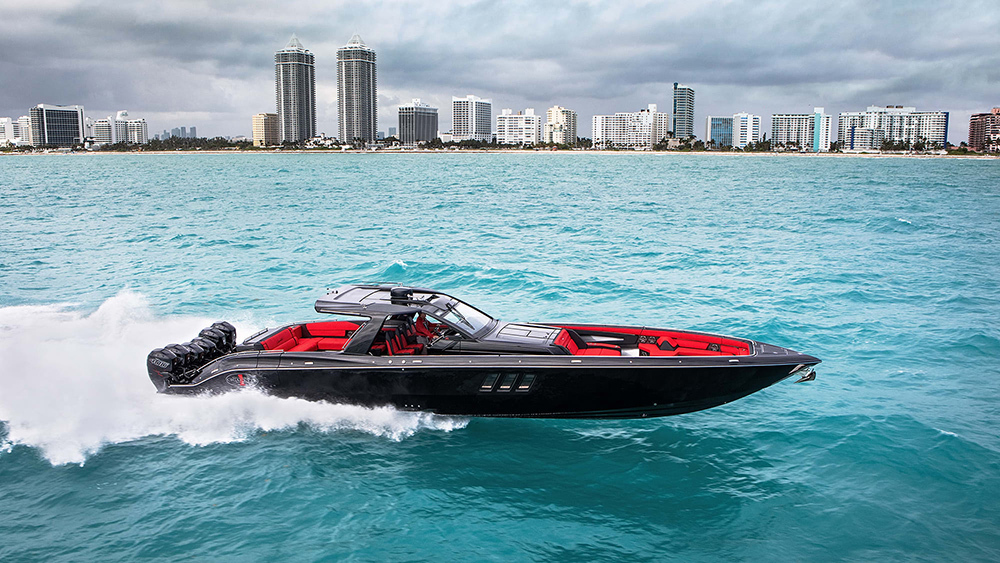 Now that’s what you call an awesome 50th birthday gift to yourself. Kings of the go-fast powerboat world, Opa-Locka, Florida-based Cigarette Racing, is marking its big 5-0 with a stunning new flagship model, the 59-foot Tirranna.

The specs are beyond jaw-dropping. Hanging off the transom are six, yes six, brand-new 400hp Mercury Racing Verado supercharged V-8 outboards. That’s a total of 2400 horses. Enough to punch it to a top speed of 115 kph.

Rewind back to April 1969: Cigarette founder, the legendary Don Aronow, entered his new 32-foot deep-V-hulled racer, called The Cigarette, in the 225-kilometre Long Beach to Ensenada, Mexico, race. He nailed it, averaging a staggering 122.6kph. And Cigarette Racing was born.

Fifty years on, Cigarette is still the go-to builder to go fast on the water. The range kicks off with the classic 38-foot Top Gun and until the arrival of the Tirranna, topped out with the 51-foot AMG Project One.

For Cigarette’s 50th, the 59-foot Tirranna becomes the company’s new flagship. Two years in the making, the boat gets its name from the Australian aboriginal translation for “running water.”

Interestingly, Braver and his team designed the boat as a centre console rather than the traditional poker-run-style performance machine. It comes with an aggressively raked carbon-fibre hardtop and a wide-open forward lounging area to accommodate up to a dozen thrill-seekers. Behind the console, there’s even more space, with seats for another eight or nine. 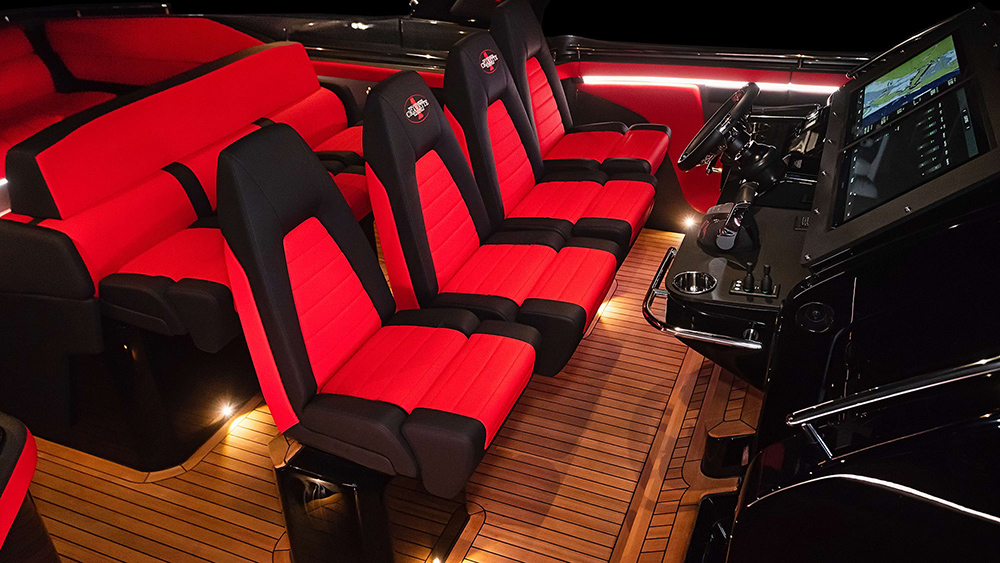 The Tirranna’s mission to entertain is also shown by the alfresco galley on the swim platform, complete with electric barbecue, sink and a food prep station. And there’s plenty of room for the chef to grill—those six Mercs are mounted on a separate, and rather sturdy, bracket bolted to the transom. 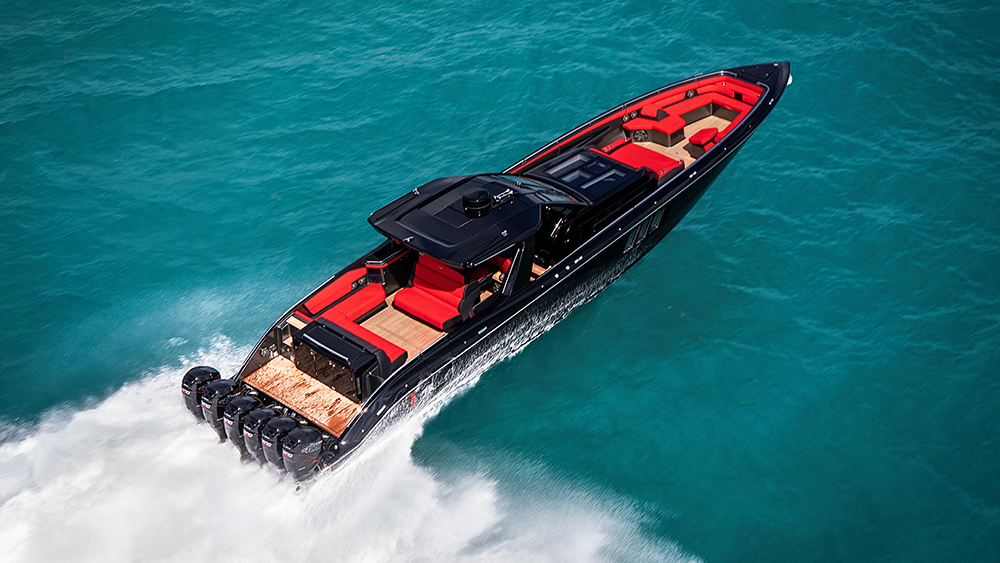 The swim platform hosts the galley.
Photo: Courtesy of Cigarette 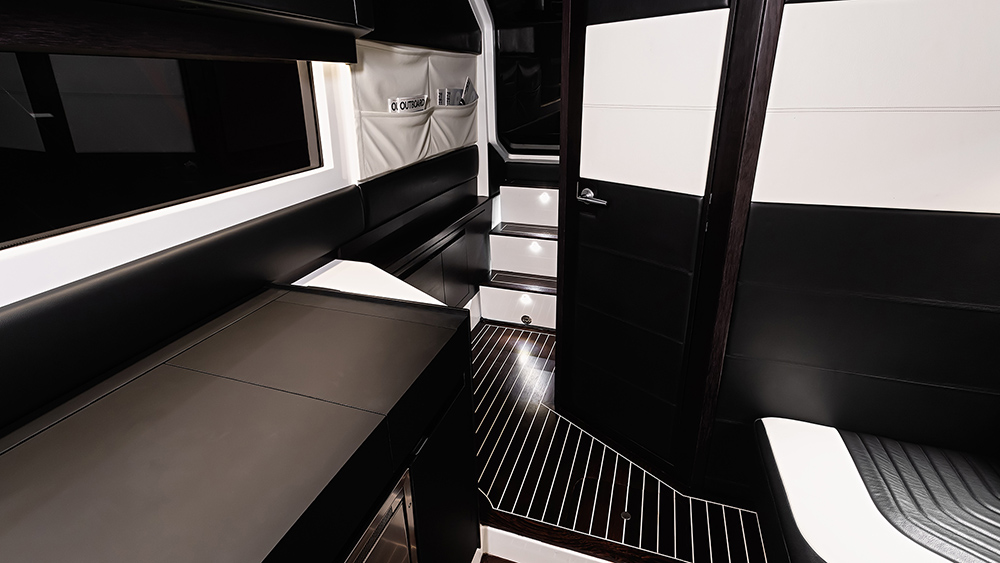 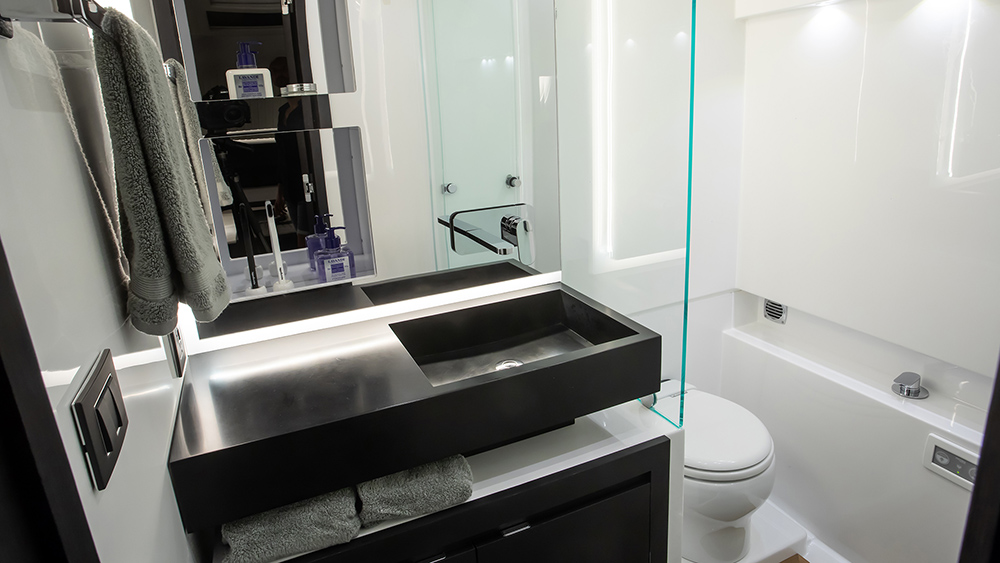 The forward settees convert to a king bed and there’s a spacious head compartment with a shower and stunning black sink.

Naturally, there’s a closet—you don’t want to get wrinkles in your favourite Don Johnson linen suit, do you? 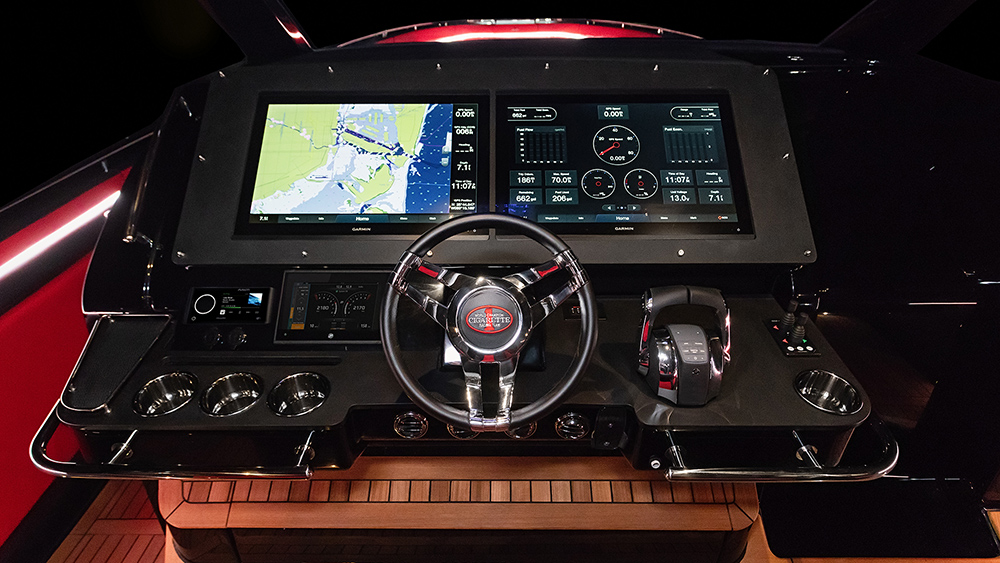 If you need to ask the price of this aquatic missile, you probably can’t afford it. But we’re thinking Cigarette CEO Skip Braver will open the discussions at $3 million. Let’s say $3.5 mill nicely loaded.