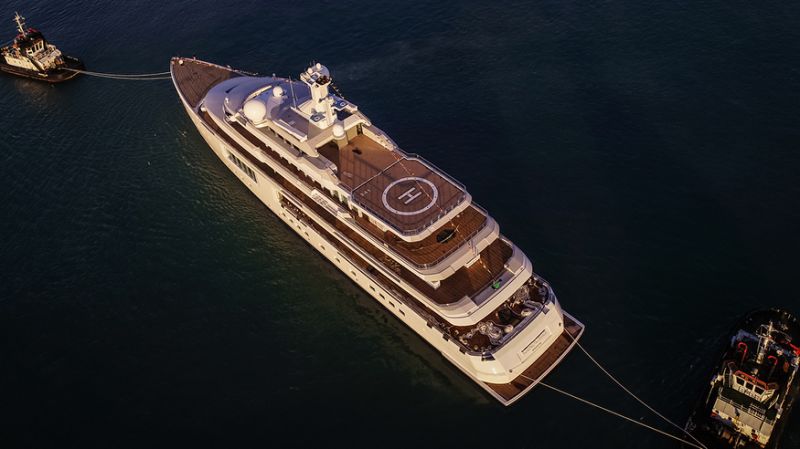 The Italian yard splashes its second gigayacht in two months.

Last week, Italian shipyard Benetti launched its second gigayacht in two months, currently called FB272, from its yard in Livorno. Clocking in at about 100 metres, the steel yacht with aluminium superstructure is fuelled by a hybrid propulsion system made up of two diesel-electric engines and two Azipod propulsion units that are in turn connected to a battery pack concocted by the yacht’s owner. He developed it and handed it over to ensure this yacht cruises in vibration-free silence.

Sporting a profile conceived by the owner, as well as a straight bow for solid seakeeping, various designers contributed to the project, including Hugo van Wieringen from Azure Yacht Design and Naval Architecture, then Reymond Langton Design, Benetti’s in-house designer Giorgio M. Cassetta, and Zaniz Jakubowski of Zaniz Interiors, who finished up both exterior and interior design of the yacht. 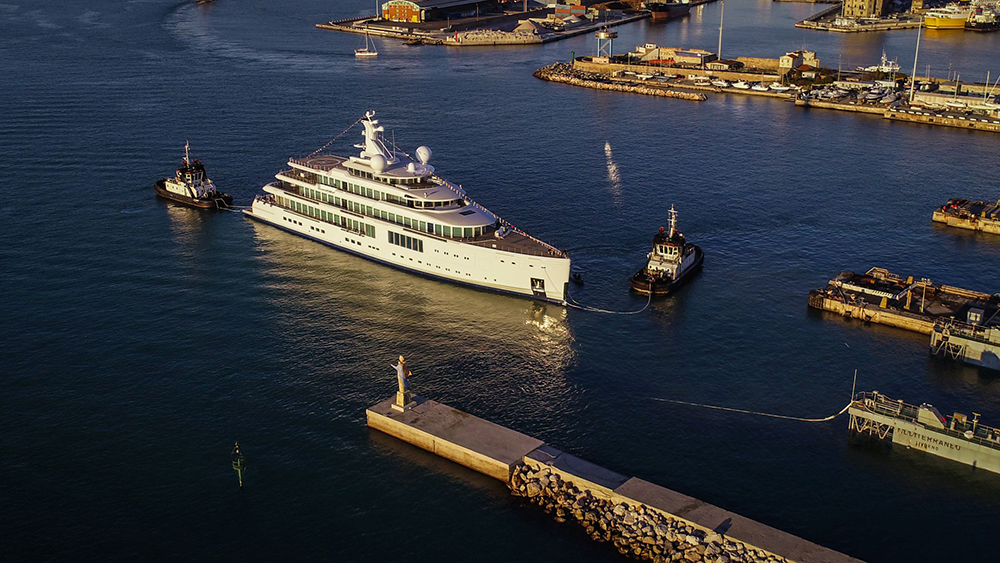 Large, three-metre-high windows pull in natural light for all to enjoy the interior. The studio of multifaceted designer Jakubowski creates everything from signature sculptural pieces, to furniture, theater sets and both commercial and private yachts. Though no further details were revealed, she had a 17-metre beam and six decks to work with.

Those six decks not only offer up huge interior volume, but they also provide plenty of alfresco spaces to enjoy the views from shady or sunny spots. A large forward deck area is perfect for sunning, while the aft main deck space hosts a shaded dining table and sofas. A private deck up top sits forward and the certified helicopter pad sits aft, separated by what may be a receiving lobby for guests just flown in. All up and down the decks are aft outdoor areas to feel connected to the water upon which guests are cruising. And the swim platform serves as each guest’s jumping-off point for water sports.

In addition to the diesel-electric propulsion system, the yacht is fitted with a waste-heat recovery system conceived by the owner for saving electrical power.

Benetti has invested a lot in the shipyard to be able to build yachts this large. Focusing on infrastructure, organisation, safety and security, Benetti created the Giga Yacht Construction Programme to pull in an expert team and processes, as well as a two-shed expansion to the Livorno yard so the company is prepared to build these large yachts going into the future.