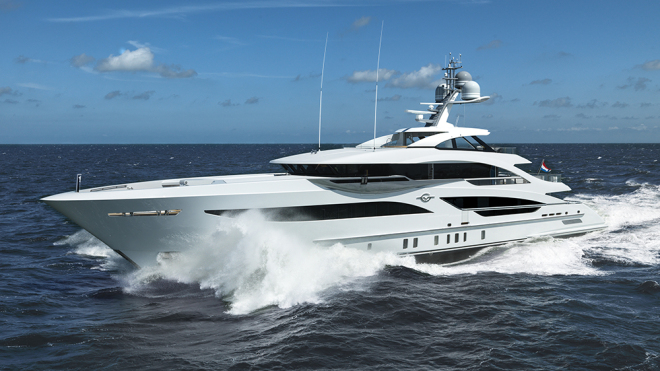 Dutch shipyard Heesen delivered the 52-metre Galvas (formerly Project Neptune) this week. Sporting exterior lines by London-based H2 Yacht Design’s Jonny Horsfield (the founder of the firm), but based on Heesen’s 55m FDHF Steel Class engineering platform, Galvas is one of a kind. The yacht’s metallic silver paint on the transom, wing station and mast make that clear.

Four guest staterooms on the lower deck—each with a king-size bed and en-suite bathroom—plus a fifth double cabin on the bridge deck make up the space for 12. Separate crew hallways and stairs provide the 13 crew discretion as they move about the yacht.

Reymond Langton used fiddleback sycamore with sand-colored leather, bronze inlays and white onyx throughout the main- and upper-deck living spaces. Clean lines and understated geometric motifs play with the bits of color from the soft goods to differentiate each cabin. Custom glass, gypsum, resin and bronze art are added to the mix. 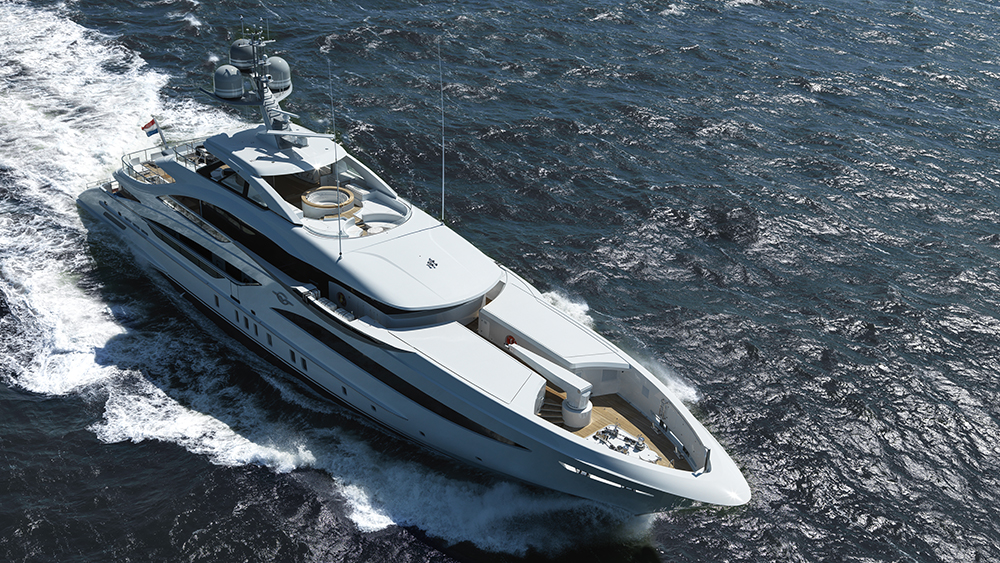 The sundeck offers up a hot tub surrounded by sunpads and an adjacent seating area.
Photo: Dick Holthuis

Hatches on the foredeck stow the tenders out of sight, handing over the the lower-deck beach club to water toys and easy access to the water. The teak-and-bamboo beach club—featuring an 11-foot fixed swim platform—may be reached from the aft main deck aft via an internal stairway. 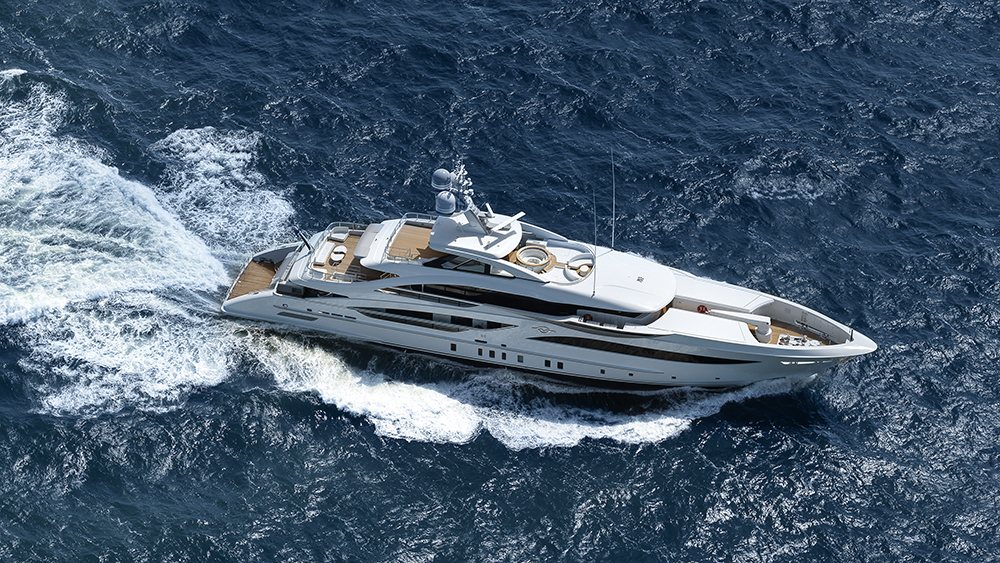 The lower-deck beach club gives easy access to the water, thanks to the foredeck tender storage.
Photo: Dick Holthuis 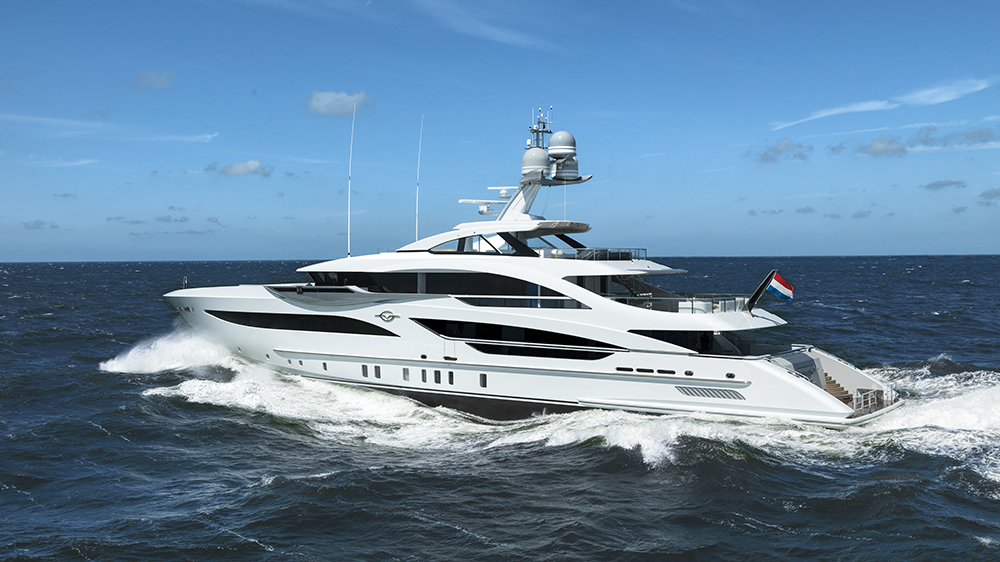