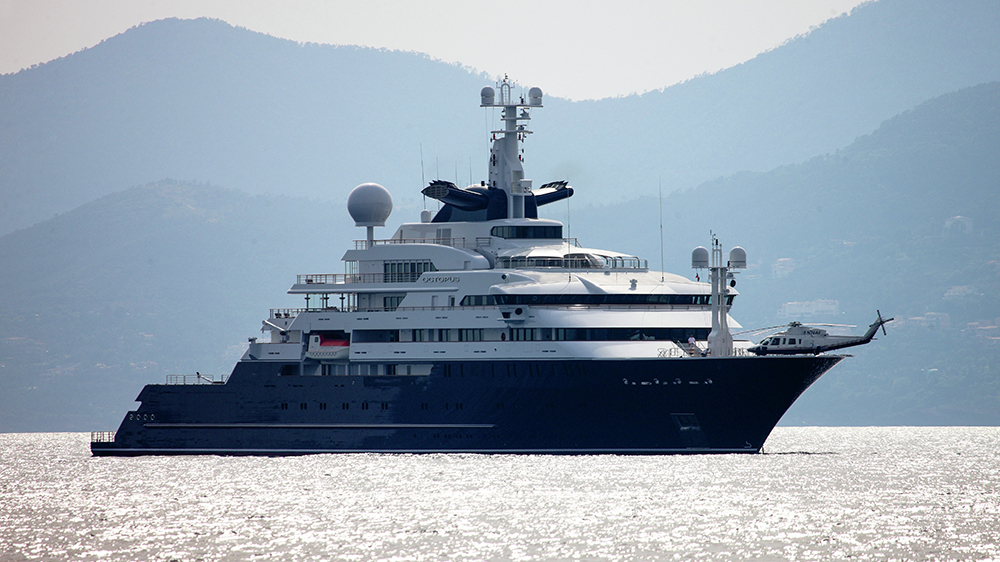 These top-notch vessels are waiting to make their next headline with someone new.

Every now and then a yacht comes along that changes the conversation, one that pushes the boundaries of capability or redefines design. As would be expected, these boats often remain newsworthy because of their owners or where they’ve gone or what has befallen them. The following trio in this category are for sale, waiting for their next headline with someone new.

Launched in 2003, the 126-metre Octopus was built by Lürssen for the late Paul Allen, co-founder of Microsoft and one of the world’s leading philanthropists. And Octopus broke the mold. The quintessential explorer vessel, it combines state-of-the-art research technology with Allen’s four passions: a recording studio for music, a cinema for film, a basketball court (Allen owned the Portland Trail Blazers) and ocean conservation.

Regularly used for exploration projects and scientific research initiatives, the 10,000-ton-displacement yacht is equipped with its own dive centre, including a hyperbaric chamber. It also has a large floodable well deck in the stern that holds the boat’s primary tender, plus a yellow submarine named Pagoo and a remotely operated vehicle that can dive thousands of feet below the surface. The iconic expedition yacht is now co-listed for sale with Burgess and Fraser for $474 million, testament to the power of her provenance.

A bit of infamy draws attention, too. First piquing interest when it scooped “Yacht of the Year” in the over-82-metre category at the 2014 World Yacht Trophies, Oceanco-built Equanimity soon ran aground of the law. In 2018, the boat was among assets seized by the Malaysian government from the fugitive financier, Jho Low, as part of the ongoing global investigation into the 1MDB scandal, which also involves the country’s former prime minister. The yacht, now named Tranquility, was bought by the Genting Group for US$126 million (roughly A$184 million) and is again up for sale, listed with Camper & Nicholsons for an undisclosed sum.

Of course, it’s not just large yachts that turn heads. The owner of the rocket-like trimaran Adastra traded size for versatility and a 10,000-nautical-mile range. Fast, lightweight, fuel-efficient and, with a draft just under four feet, capable of traversing shallow waters, the 42-metre yacht is referred to by its owner as an “ocean greyhound.” Built in 2012, it has crossed the Atlantic multiple times with ease. Adastra is listed with Burgess for $12 million (A$17.5 million).