Piasecki Aircraft Corp. (PIAC) and edm aerotec have signed an agreement to develop the world’s first hydrogen-powered helicopter. Based in Pennsylvania, PIAC has a long history of designing experimental aircraft for civil and military applications.

CEO John Piasecki told a recent symposium at the Vertical Flight Society that his company would be performing the world’s first human-carrying flight tests aboard edm aerotec’s CoAX-2D helicopter. The hydrogen-powered CoAX-2D would use an 80-kW HyPoint high-temperature proton-exchange membrane (HTPEM) fuel cell, according to EVTOL.news.

Germany-based edm aerotec has certified its CoAX-2D as a Light Sport Aircraft under the German airworthiness authority. The two companies are collaborating to bring the CoAX-2D to the US market. Edm aerotec CEO Anja Ernst said the two companies would continue to develop the helicopter independently, but would also work together.  “Both partners can continue to develop and complement their know-how—this is the perfect prerequisite for future developments,” he said. 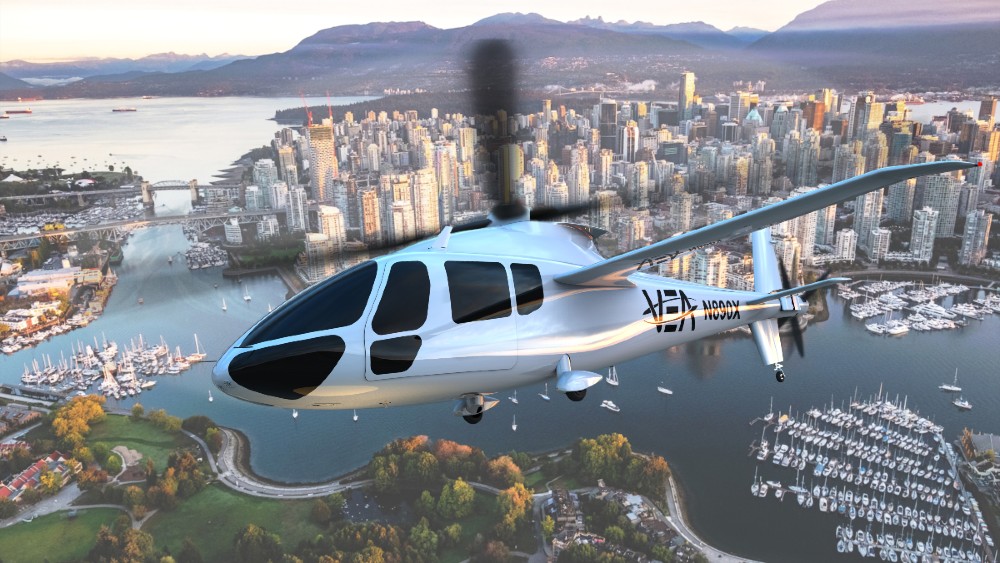 Piasecki has been working on its own PA-890 helicopter with a hydrogen fuel cell. It said the first test flights should happen next year. Courtesy PIAD

PIAC has procured two CoAX-2D helicopters for engineering and flight evaluations to support its research. According to PIAC, the hydrogen version of the CoAX-2D will consist of a battery, hydrogen tank, power inverter, electric motor, computer controller, four cooling fans and an oxygen tank. Piasecki did not announce a timeline but said the hydrogen version of the CoAX-2D would be flying before its own PA-890 helicopter.

PIAC has been working on its own PA-890 using the HTPEM fuel cell. The company said that helicopter is scheduled to make its first flight in 2023. Piasecki says the hydrogen fuel cell could reduce operating costs by 50 per cent compared to conventional helicopters, while creating twice the power of a standard, lithium-ion battery system used in conventional electric vertical takeoff and landing (eVTOL) aircraft.

Because of its complexity, hydrogen power has been limited to a few aircraft, including ZeroAvia, which completed a hydrogen-electric passenger flight on a modified Pipe M-Class aircraft. California-based HyPoint, which also signed a development agreement with ZeroAvia, says its fuel-cell system is more efficient than existing lithium-ion batteries and other hydrogen systems on the market.