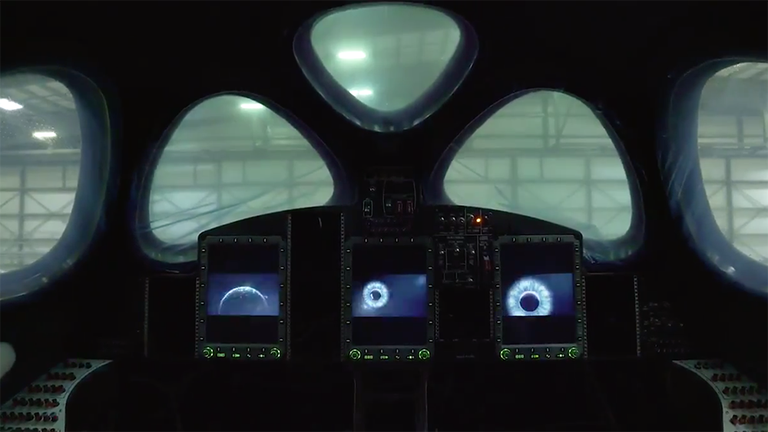 We’re all one step closer to travelling to space.

Houston, we have lift off. Well, we will shortly, at least. Virgin Galactic just successfully powered up the newest spaceship in its fleet, taking normies everywhere one step closer to travelling to the cosmos—if you have US$250,000 (around A$360,000) to spare, that is.

Last week, The Spaceship Co—Virgin Galactic’s manufacturing subsidiary—announced via Twitter that the crew had successfully completed the “Power On” test for the third SpaceShipTwo vessel (Serial No. 3).

“This test verified the foundation of the electrical system of the new spaceship and means we can start verification of the onboard electrical subsystems in preparation for its first flight,” the tweet reads.

The SpaceShipTwo vessel—which is currently one of two being built at the facility in Mojave, California—can carry six paying customers (or astronauts) into space. It will be launched using a separate carrier plane known as WhiteKnightTwo, which will ferry the spaceship to an altitude of approximately 15,000 metres before the craft drops free, fires its onboard rocket motor and shoots off into space.

Virgin Galactic’s first vessel SpaceShipTwo vessel, VSS Enterprise, crashed during a test flight back in 2014. Co-pilot Michael Alsbury was killed and pilot Peter Siebold was severely injured. However, a follow-up spacecraft, the VSS Unity, has so far completed two successful missions to space and is currently getting its cabin revamped in Mojave.

“In time, we expect to be operating a variety of vehicles from multiple locations to cater for the demands of the growing space-user community,” the Virgin Galactic website reads. Indeed, more than 600 people have reserved trips to Outerspace to date, so Virgin Galactic will need a full fleet.

The new vessel—which is yet to be officially named—should begin flight tests sometime next year, according to Space. Once the spaceship is finally complete, it will be transported to Virgin Galactic’s swanky new Spaceport in New Mexico.