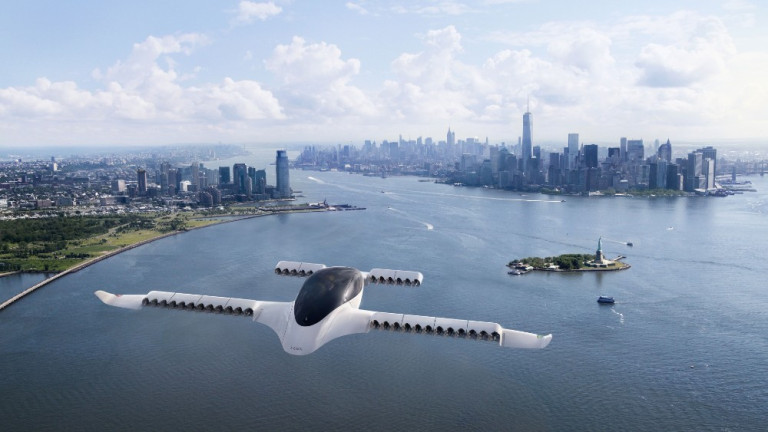 The German startup posted footage of the eVOTL aircraft transitioning from vertical takeoff to forward flight.

It looks like Lilium’s bigs plans to launch a flying taxi service by 2025 might actually be on schedule. The German startup has just released the first footage of its electric vertical takeoff and landing (eVTOL) aircraft in flight.

A new clip posted online last week shows how far the company’s Lilium Jet has come in just a handful of months. When the company unveiled its egg-shaped, five-seat eVOTL aircraft in May, it also released footage of its first “successful” test flight. But that flight didn’t exactly impress, as the unmanned prototype simply took off and hovered in the air for a few seconds before landing. But now, it appears that the company’s jet is able to comfortably fly around an airfield at speeds in excess of 100km/h.

In the new footage, the Lilium Jet can be seen taking off vertically, but then, rather than just hovering, it begins to slowly turn before speeding off around the airfield. The ability to transition from vertical takeoff to forward flight is a huge step forward for the startup, which previously called it “one of aerospace’s greatest challenges,” according to The Verge. This also means that aircraft has completed the first phase of flight testing as well.

But that wasn’t the only big news the company had in store for industry watchers and enthusiasts. Lilium also announced the completion of its first manufacturing facility, a 3000-square-metre space located near its headquarters in Munich. Another larger facility is currently under construction and the company hopes to utilize them both to produce hundreds of Lilium Jets per year in the lead up to the service’s proposed 2025 launch date.

While we’ve recently seen other videos of eVOTLs executing successful test flights, it appears that Lilium has something of a head start on the competition. That will surely be needed, as the company has promised that the jet-powered by 36 engines—will have a range of 300 kilometres and be able to reach a top speed of 300km/h. If it can actually achieve those goals, the Lilium Jet would be capable of making regional (read cross-state) trips, not just short “taxi” rides in the city. That kind of range could have the potential to expand the company’s customer base—and revenue stream—beyond commuters to both business travellers and vacationers.

You can watch the Lilium Jet take off and fly at the 1:43 mark in the video below: