Virgin Galactic’s shiny new spaceship, VSS Imagine, is the third generation of the aerospace company’s aircraft that will soon be ferrying citizen astronauts from earth to space. Imagine’s exterior is finished in a mirror-like material that will reflect the surrounding environment—from the browns and muted colours of the mountains around Virgin’s spaceport in New Mexico, to the blue sky as it ascends, and into the blackness of space. Here’s a video of the launch.

“The livery is pretty amazing,” Virgin Galactic CEO Michael Colglazier told Robb Report. “It creates quite a contrast between the Earth and sky. It also reflects the planet when we’re in space.”

VSS Imagine, which will soon have a Class III sister ship VSS Inspire, is the next step towards Virgin’s fourth generation of spaceships. That delta class will be produced at a lower cost, rather than built as custom vehicles as the first and second generations were. “Imagine is a modular design, whereas the last generation spaceship Unity was literally built in place as a demonstrator,” says Colglazier. “The modular design allows for a faster number of turns from the spaceport into space.” 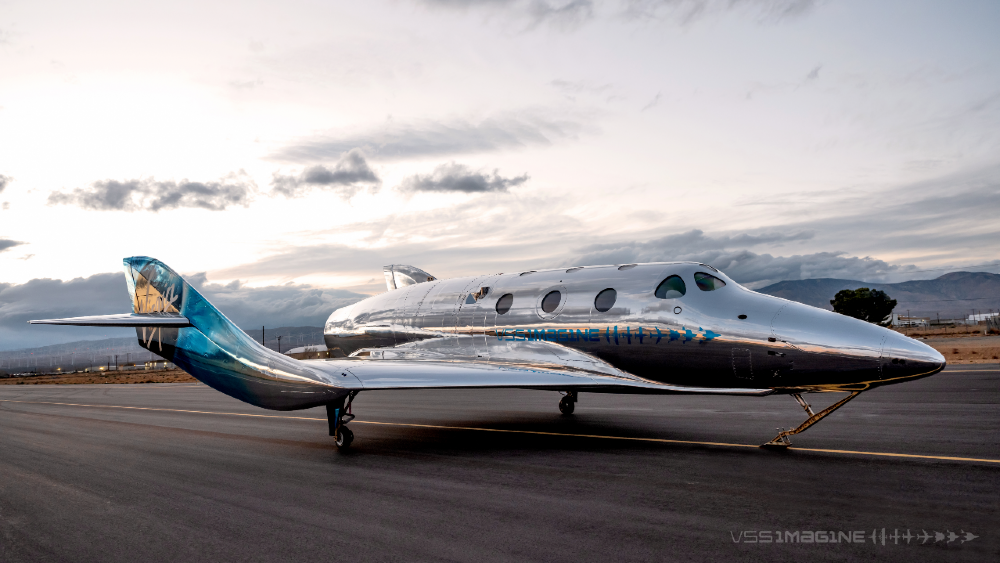 The shiny exterior for VSS Imagine will reflect multiple environments from the ground to space. Courtesy Virgin Galactic

Imagine’s design is almost identical to Unity, but it will have tweaks to enhance its performance. Both generations of spaceship will be lifted by a mothership, VMS Eve, from the spaceport and eventually released for the trip into space. The spaceships will carry six passengers, who will experience six minutes of weightlessness once the aircraft moves into orbit.

“Virgin Galactic is an incredible aerospace company at the heart of our organisation,” says Colglazier, who spent several decades as an executive with Disney, overseeing its parks around the world. “But what we’re really trying to do is give our astronauts a memory for the rest of their lives. Our goal is to make sure the memory is emotional and exciting, and they don’t see space as a scary, cold place.”

Which is where Disney comes in. Virgin recently hired Joe Rohde, another Disney veteran who was its lead “Imagineer”—someone who fuses imagination and engineering to create a vivid, lifelike experience. “His brilliance is creating deep, transformational moments,” says Colglazier. “He’ll work on the shoulders of the space flight—what happens before and after the flight—to maximize the experience.” The CEO did not elaborate on details. 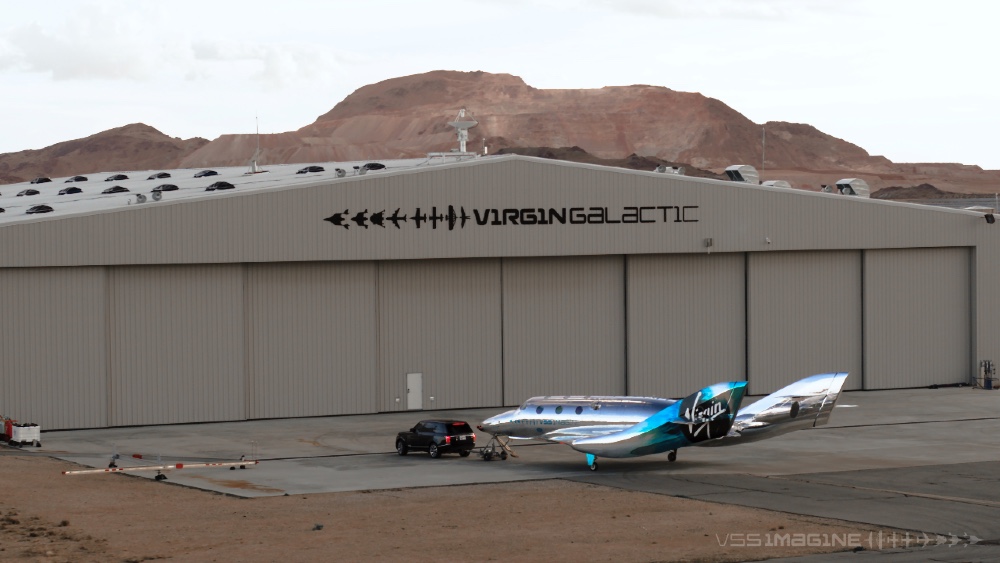 Virgin’s eventual goal is to have 400 flights from multiple spaceports around the world. Courtesy Virgin Galactic

Unity is scheduled to fly into space four times from May through early fall: twice with a test crew, the third with Virgin Galactic founder Sir Richard Branson, and the fourth with a team from the Italian air force. “Richard Branson will be on the ‘demonstrator’ flight,” says Colglazier, “We consider it a movie trailer, if you will, for the private astronaut experience.”

The Italian air force team will show the scientific and research possibilities of Virgin flight. “It will also demonstrate the potential for astronaut training,” says Colglazier.

Following Branson’s flight, Virgin will open future flights to the public. Currently, more than 600 have signed on. Prices are said to run between $200,000 and $250,000. Unity will begin commercial flights in 2022, Imagine will soon follow, and then Infinity will eventually enter service. 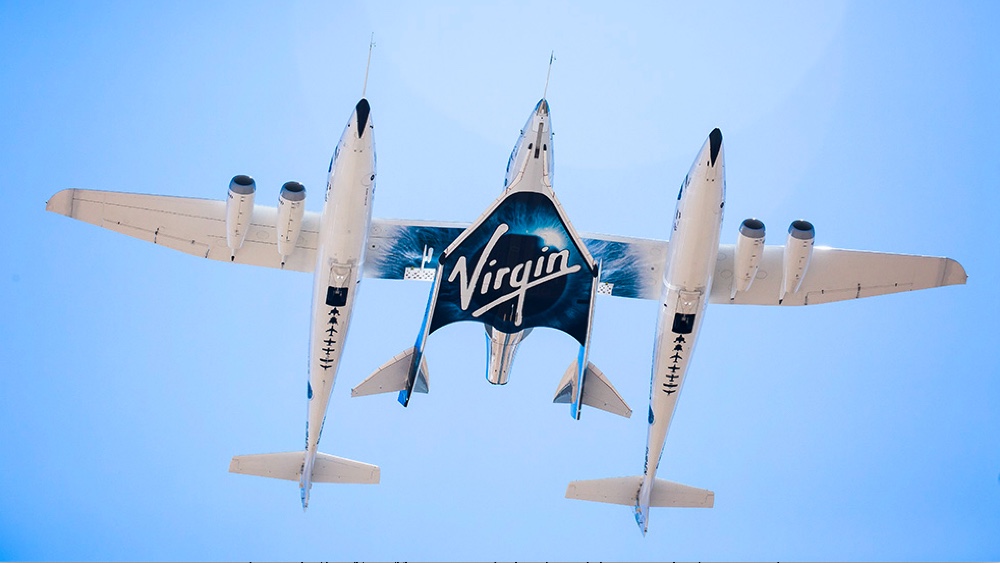 Taking a structural page from Disney, Virgin Galactic’s goal is to have multiple spaceships flying from different spaceports around the world. Colglazier says the number of spaceships will range from “high single digits to low double digits.”

“Our goal is to have 400 flights from each spaceport every year,” he says. “The third and fourth generations of spaceships will let us increase the number of turns between flights to achieve that goal.”