We could see the zero-emissions aircraft servicing airports as soon as 2024.

United Airlines believes that soon we’ll all be taking air taxis to the airport—and it just ponied up big bucks to get in on the action. The airline has just announced that it will invest more than $1 billion in Archer Aviation, a start-up developing electric vertical takeoff and landing aircraft.

The startup says its eVTOLs, which are being positioned as commuter air taxis, will be able to shuttle passengers some 100km on a single charge and hit speeds of up to 241km/h. While still in the prototype stage, the full-scale aircraft is scheduled to be unveiled later this year, with mass production slated for 2023. According to Archer, jet setters can expect to see this zero-emissions aircraft servicing airports in United’s major hubs by 2024. 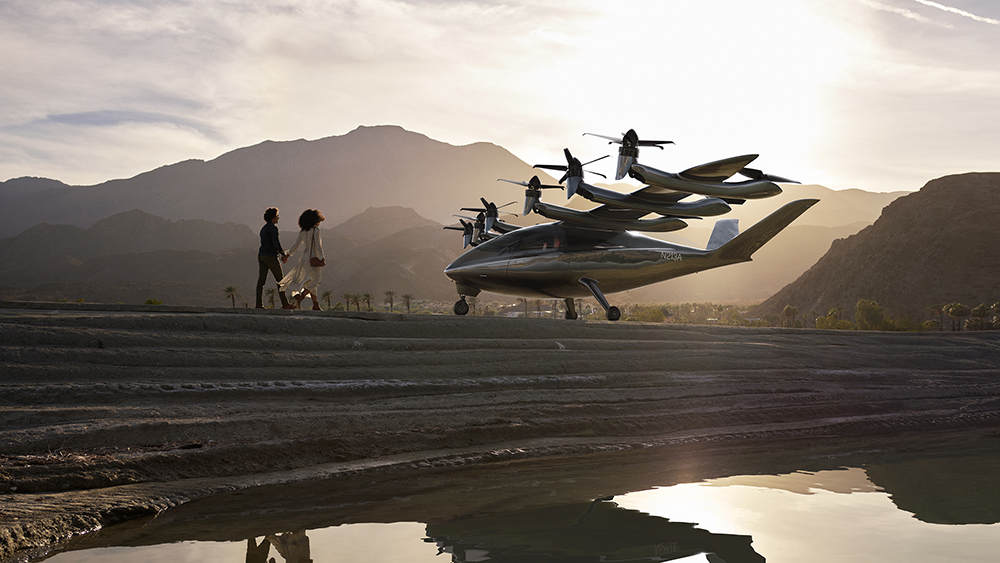 The electric aircraft will shuttle passengers up to 100km at speeds near 240km/h. Jeff Ludes/Archer Aviation

“Archer’s eVTOL design, manufacturing model and engineering expertise has the clear potential to change how people commute within major metropolitan cities all over the world,” United CEO Scott Kirby said in a statement.

Indeed, the airline estimates that flying one of Archer’s eVTOLs between Hollywood and Los Angeles International Airport (LAX) could reduce CO2 emissions by up to 50 per cent per passenger. Coincidentally, Los Angeles is one of the first cities Archer plans to launch its fleet and one of United’s largest hubs. 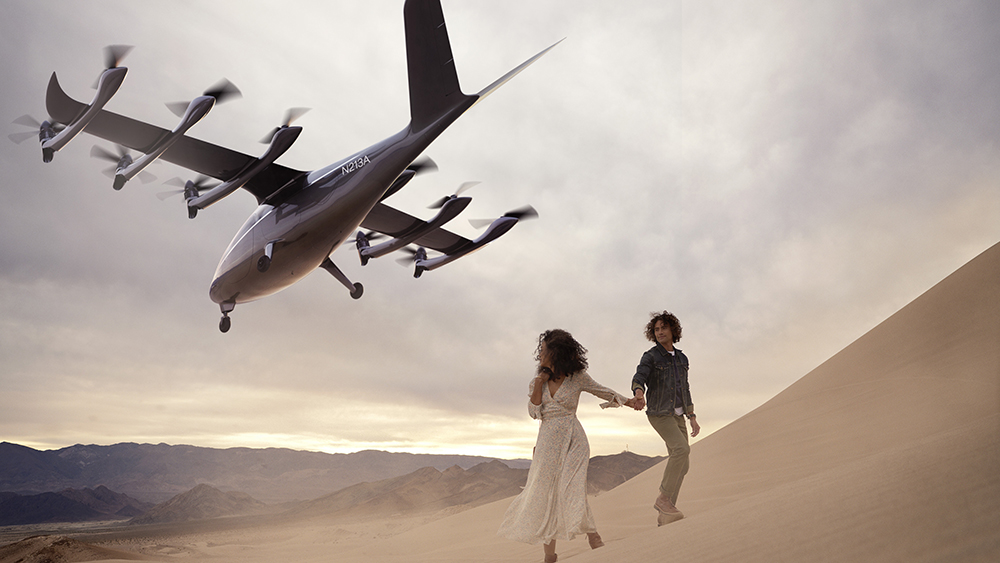 United isn’t the only party getting in on the Archer action, either. Separately, the startup announced that it reached an agreement to merge with special purpose acquisition company Atlas Crest Investment Corp. to become a publicly listed company. The combined company, soon to be listed on the New York Stock Exchange under “ACHR,” will have an equity valuation of US$3.8 billion. Archer also said it expected to receive US$1.1 billion of gross proceeds to fund future growth, including US$600 million in private investment in public equity (PIPE) from investors such as Stellantis and United. Fiat Chrysler also recently announced a partnership with Archer to develop flying cars.

It could be a prescient move. Morgan Stanley predicts that the market for eVTOLs could reach $1.5 trillion in the next 20 years. If that prognostication bears out, early investors stand to be rewarded handsomely.