We often say that Formula 1 cars “fly,” but what if there was one that could quite literally take to the skies. Allow us to introduce you to the Carcopter, a hydrogen-powered flying vehicle designed specifically for high-speed racing.

The pioneering prototype is the handiwork of French startup MACA and recently debuted at the 2021 Consumer Electronics Show (CES). The aerodynamic speed machine is vying to be the first (manned) flying hydrogen Formula 1 car and is capable of soaring to 153 mph—in theory, at least.

The eco-friendly design comes from the minds of two aviation experts: ex-fighter pilot Thierry de Boisvilliers and former Airbus executive Michael Krollak. The duo decided to create the hydrogen-powered racer in an effort to reduce the harmful carbon emissions produced by traditional combustion engines on the Formula 1 track. 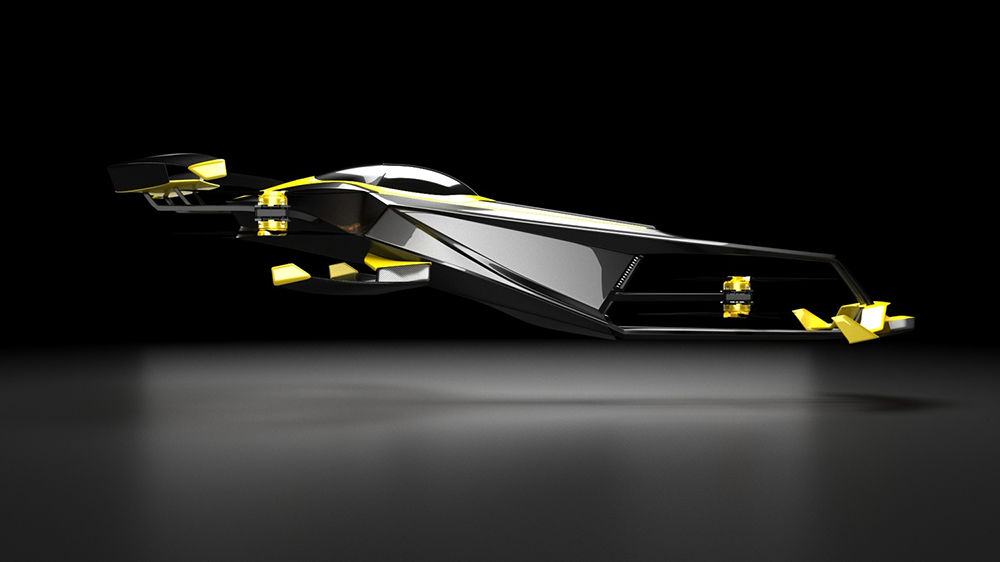 The hydrogen-powered race car is theoretically capable of soaring to 246km/h. MACA

The Carcopter shown at CES was a small-scale model that measures just over 2.4-metre and is powered by six 35kW electric engines. The final Carcopter, which is currently being developed, will weigh a little over half a ton and span roughly 4.8-metre from tip to tail. It will be fitted with hydrogen fuel cells and tanks that its designers say will far exceed the range limits imposed by batteries. It will also offer semi-automatic piloting for added safety.

When it comes to looks, the Carcopter sports a minimalist, lightweight frame and is arguably one of the sexier flying cars we’ve seen thanks to more subdued rotors.

MACA expects the final model to take off at the end of 2021 and plans to launch the Carcopter on Formula 1 circuits, such as Paul-Ricard, Pôle Mécanique Alès Cévennes and the famed Circuit de la Sarthe, in 2023. There’s just one question: Who’s going to be behind the wheel?