Last week, Alauda Aeronautics released footage that showed a drag race between two of its MK3 Airspeeders. The company designed the single-occupant eVTOLs for racing, and the video gave a first taste of the Airspeeder EXA Series to come. Seeing it served as a reminder that several aircraft racing circuits are in the works, and they all seem set to arrive at once.

“A big part of it all happening now is the massive energy and excitement in urban air mobility,” Willie Cruickshank, the race series director at Air Race World Championships, told Robb Report. “Whether it’s air taxis all the way down to personal mobility vehicles, it’s all coming to fruition at the same time. It’s all at a commercially viable place—the tech exists, investor interest is high and consumer interest, too. The whole ecosystem is taking shape.”

Even as that happens, racing is both a way to fast-track further development and to increase appeal and acceptance by the general public. Competing is also human nature. That’s why three distinct racing series are in development, all with plans to take to the sky over the next 12 months. 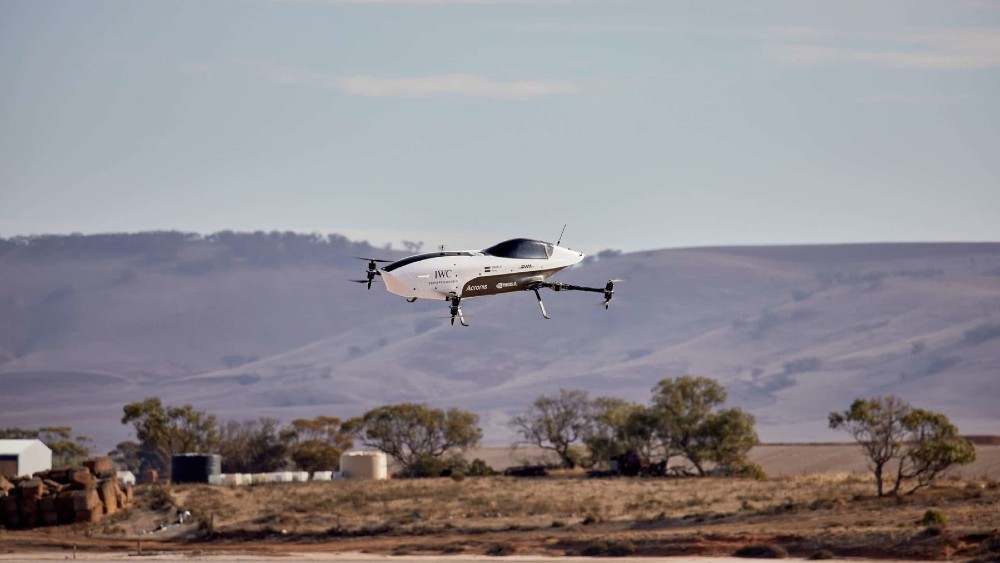 The MK3 Airspeeder is an unmanned eVTOL that is piloted remotely. Last week, two airspeeders sped across the desert in the first drag race. Courtesy Airspeeder

An all-electric version of formula one air racing, the Air Race E circuit is run by Jeff Zaltman, the CEO of Air Race Events, which already runs the Air Race 1 Cup. The electric version will consist of three classes—open, performance and eVTOL—and in each race eight vehicles will fly side-by-side about 100 feet off the ground around a five-kilometre course that’s defined by six pylons. The planes will complete five laps and should reach speeds in excess of 450km/h

Announced in 2018 with plans to begin in 2020, the circuit has yet to take flight thanks to Covid-driven delays. But the series, which counts Airbus as a partner, has signed up 11 teams, and the first plane customized to compete underwent ground testing in October. “The aircraft looked fantastic out on the runway, and now I am more excited than ever to see it take to the skies,” Zaltman told Robb Report, noting that the first airborne test will take place this month. “Our first race is scheduled to take place in 2023, but next year will include certifying aircraft and training pilots, and once our first plane is ready, the other teams will follow.” The series will lead to a succession of races in various locations where teams will accrue points toward a season-long world cup title.

“There’s a consensus among all of us that aviation is going electric, and that it can happen now with racing,” says Zaltman. “Our missions are really about setting an exciting stage in the R&D process.” 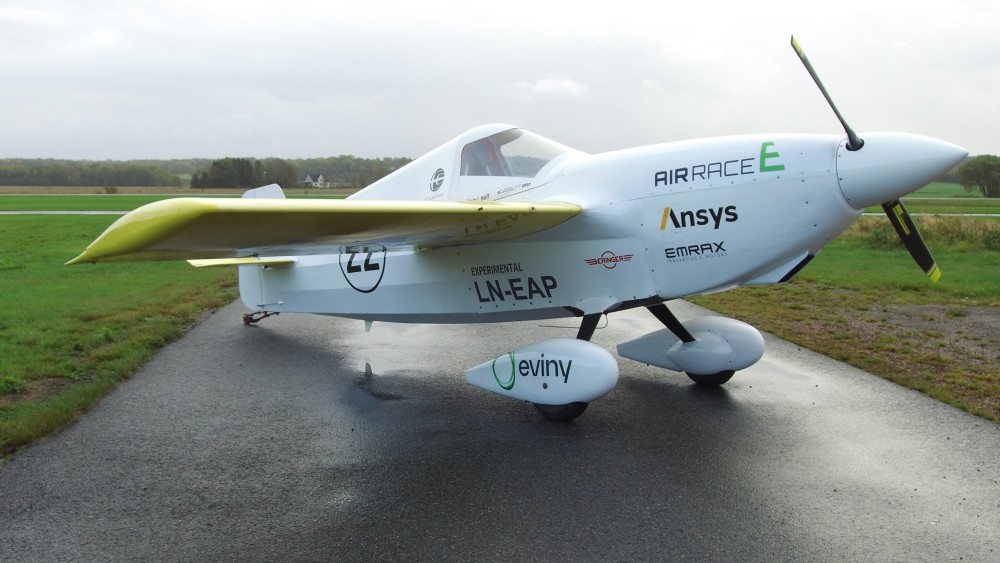 Alauda built its airspeeder eVTOL for racing with the idea that pushing boundaries in the name of sport will fuel innovation that trickles down to the wider industry, and they’ve certainly done some interesting things. The drag race video featured the third-generation MK3—an unmanned, remotely piloted racer—in the Australian desert. The company has already announced the MK4.

An octo-copter like its predecessor, the new speeder packs about 500 hp and is projected to go from 0-100km/h in 2.3 seconds with a top speed of roughly 200km/h. Each battery will provide about 20 minutes of flying, at which time racers will pit while a crew switches out the dead cell for a new one.

The races, as planned, will take place over open terrain and the pilots will rely on augmented-reality signposts to follow an electronically governed track. The AR will make for an interesting stream for viewers, and the airspeeders are also equipped with 22 sensors and use radar and lidar to create a virtual forcefield around the vehicle, which is meant to avoid collisions in side-by-side racing. Last week’s test was the first three races planned for 2021 in which up to four teams with two pilots each will operate the airspeeders from remote cockpits on the ground. The action with manned speeders will kick off in 2022. 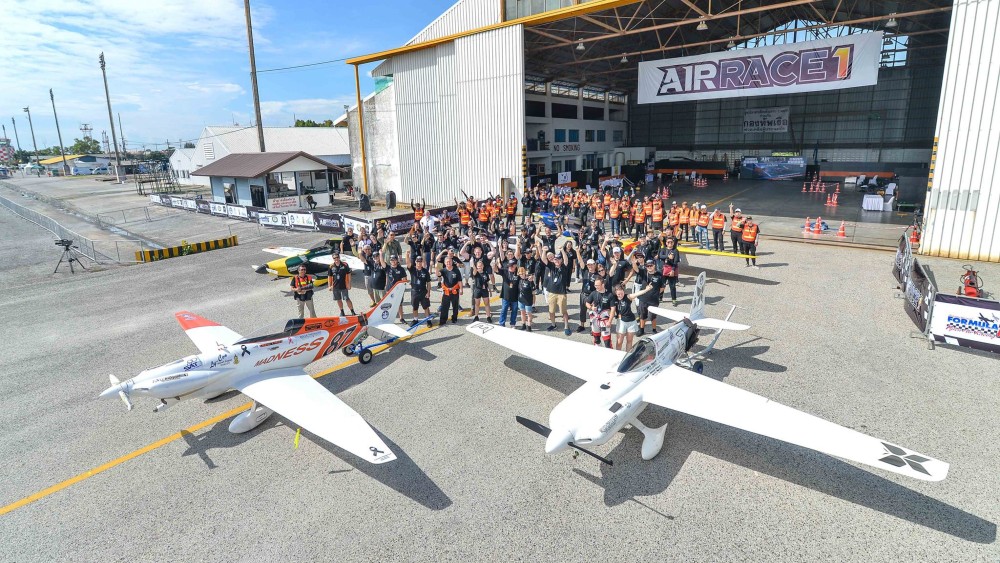 Air Race E expects its first racing series to take place in 2023, though it will test aircraft and train pilots next year. Courtesy Air Race E

This circuit plans to revive the Red Bull Air Race that featured a sprint competition through a series of air gates and ran from 2003 to 2019. In the new version, an Elite XR/1 series will consist of top competitors in standard racing planes while the Aero SR/2 will be a developmental circuit with similar aircraft. The series is planned to kick off May 2022, with seven races taking place next year.

A jet-pack division will offer a glimpse at the future, when the series will introduce an eVTOL division that will grow with the technology. “We expect to be all eVTOL by 2027 or 28,” says Cruickshank.

That’s part of the series producers’ commitment to sustainability, which starts with zero-net-carbon fuel and aims for the entire operation to be carbon neutral by the fifth season while spurring innovation, promoting sustainable consumption and informing the public about climate action. 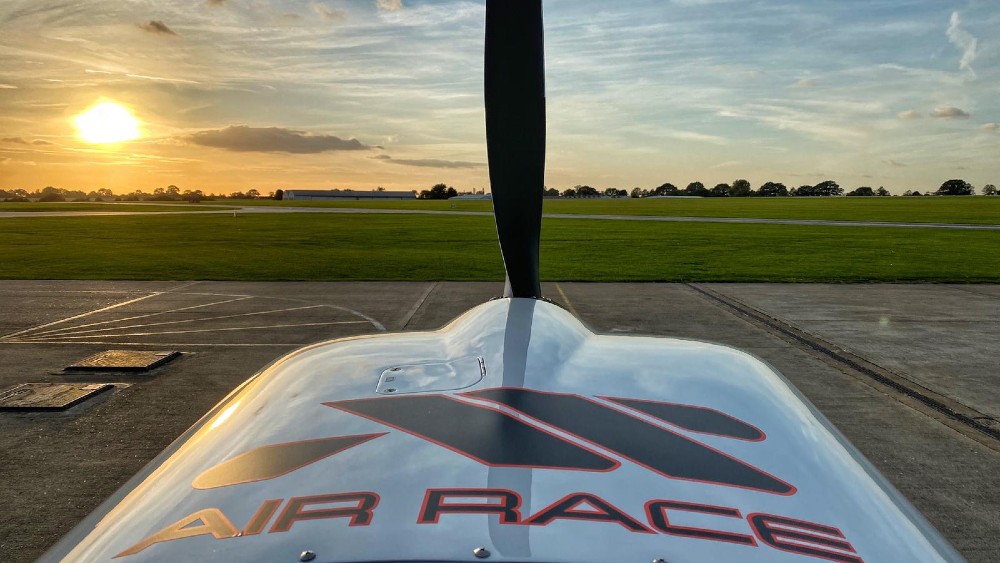 “We’re starting with what we know works, and we’ll transition what will be the future of transportation as the technology and regulators catch up,” says Cruickshank. The first race is slated for May 2022, and before the year is out, the series will visit seven locations, including Greece, Portugal, the UK, France, Russia and the Middle East.