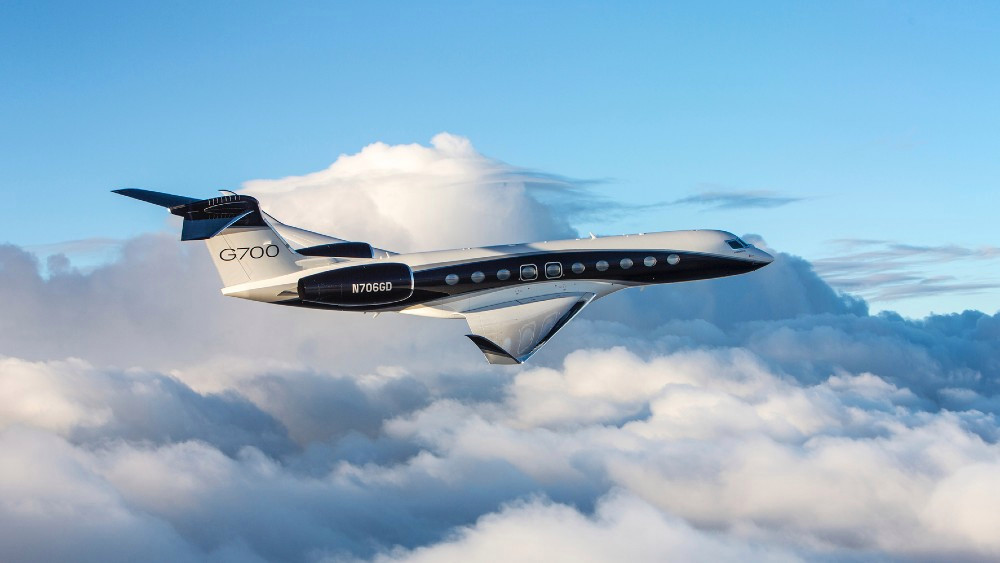 Announcing an air-speed record from Savannah, Georgia, to Doha, Qatar, might sound trivial or even a little absurd. Until you consider the context: This was the world’s largest business jet flying 6,711 nautical miles nonstop at Mach 0.88, or 1086km/h, for 13 hours and 16 minutes, on its first international flight. Then it becomes a corporate milestone.

Gulfstream’s new G700 then set another city-pair record from Doha to Paris, flying 2,953 nautical miles at an average speed of Mach 0.90 (1110km/h) for 6 hours and 15 minutes, before returning to headquarters in Savannah.

Beyond the “records,” the transatlantic flights of Gulfstream’s new ultra-long-range jet shows the business-jet world—and potential buyers—that the aircraft lives up to the publicity it has attracted since first being announced in 2019. Plus, visiting the capital of Qatar was more than Gulfstream just throwing a dart at the map: Qatar Airways Group is its launch customer and plans to take delivery of the first G700, which has a list price of approx. $105 million, next year. The flight gave Qatar Executive a chance to show off the Gulfstream flagship—with a fully outfitted interior—at a press conference in Doha. 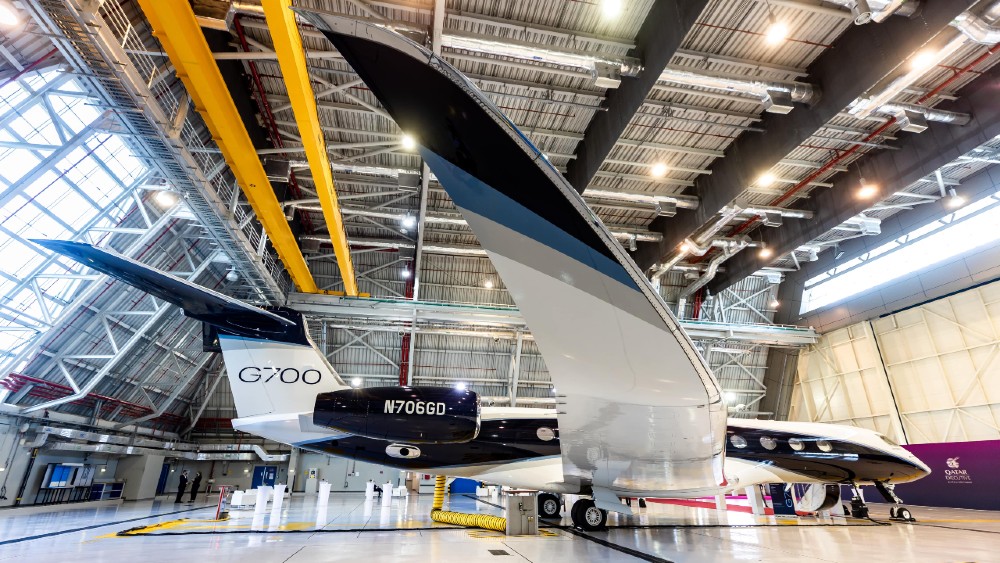 Fresh from its first transatlantic flight, the G700 was exhibited to Qatari executives and international press in Doha. Courtesy Gulfstream

The second flight to Paris was also about giving new customers a chance to see the aircraft, but also provided an opportunity for a little nose tweak of its Paris-based rival, Dassault, which this year announced its own ultra-long-range business jet, the Falcon 10X. The G700, Bombardier’s Global 7500 and the Falcon 10X will soon be competing in private aviation’s farthest, fastest and most expensive category of business jets.

Gulfstream President Mark Burns said the flight went “exceptionally well,” noting that it flew on a blend of low-emissions aviation fuel (SAF). Powered by twin Rolls-Royce Pearl 700 engines, the G700 has a range of 7,500 nautical miles at Mach 0.85.

Burns also pointed to the cabin, which is currently the largest in business aviation. “Not only did the aircraft prove its speed and distance capabilities,” Burns said, “the fully outfitted cabin is also receiving rave reviews with its impressive size, environment, quality and flexibility.” 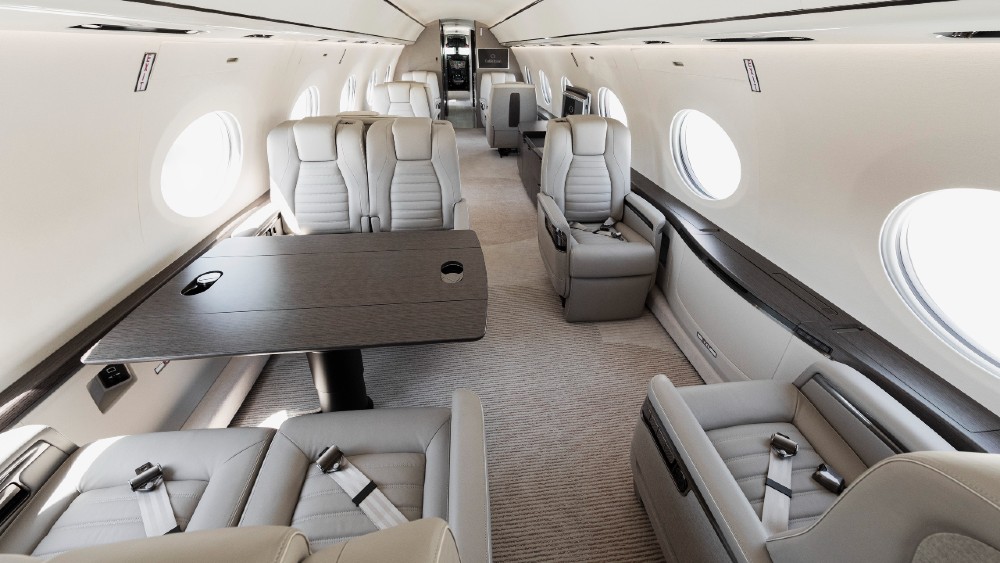 The G700’s interior comes in more luxurious finishes, but this is the first fully outfitted interior on its pre-production series. Courtesy Gulfstream

Robb Report did a tour of a full-scale G700 mockup interior at Gulfstream’s headquarters in Savannah. The thought that went into the design was impressive. Its length of 17-metres and 2.4-metre width were populated by subtle curves, spacious seating, and a “grand suite” in the rear of the aircraft which serves as a bedroom. The G700’s circadian lighting, which helps reduce jet lag, an extra-large galley and 20 large oval windows are all important differentiators.

Qatar Executive will be adding the G700 to its fleet of business jets. “Qatar Executive grew exponentially during the Covid-19 pandemic,” said Akbar Al Baker, CEO of Qatar Airways Group, in a statement. “The average monthly block hours reserved grew by 76 per cent year-over-year and the booking enquiries increased by more than 100 per cent.”

Qatar Executive operates seven Gulfstream G650ERs, and is expecting delivery of eight more in the next ten months. It also has three Bombardier Global 5000s, one Global XRS and Airbus A319CJ. It will take delivery of the G700 at Gulfstream’s Savannah headquarters next year.