Private aviation’s version of the Airbus A220-100 commercial plane, the new TwoTwenty from Airbus Corporate Jets (ACJ), was designed to compete on price with traditional large-cabin business jets but with a far more impressive spec sheet. Airbus calls it an “Xtra Large Bizjet.” But with significantly more interior space than large-cabin aircraft from competitors Gulfstream and Bombardier Global and, according to ACJ, lower operating costs, it might be more accurate to call the TwoTwenty an entirely new class of private business jet.

“When we started analysing, we realised that unfortunately you can only have two out of three factors” among cost, range and space, says ACJ president Benoit Defforge. “We asked ourselves, ‘How do we find a platform, a product with no compromises, that includes all three?’”

The answer: a more fuel-efficient engine (the PW1500G), a lighter airframe and a “flexible cabin catalogue,” which has more than 100 interior designs and reduces costs compared to kitting out a custom cabin. The 73-square-metre interior is divided into six large living areas, with room for 18 passengers (compared with 100 to 133 on its commercial A220-100 sibling) to work, relax and dine. The layout can fit up to 10 fully reclining sleepers. Features such as a full bar, 55-inch 4K screens, an eight-seat dining table, a king-size bed and a private bathroom with rain shower suggest just how sprawling the interior really is. 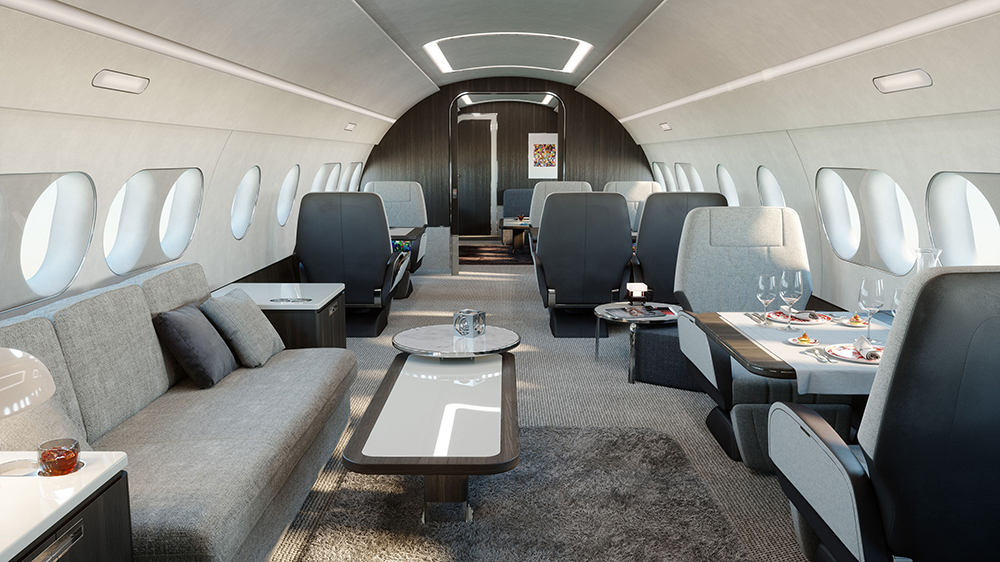 With its 5,650-nautical-mile range, the TwoTwenty can fly nonstop from Los Angeles to London or New York to Moscow. ACJ upped the comfort factor with electro-chromatic windows, LED lighting and smart cabin controls. Defforge says the new Bizjet is “a very modern platform with the latest technology,” including Ku-band connectivity with twice the speed of current onboard Wi-Fi. The first pair of TwoTwenty aircraft are headed to Comlux’s completions facility for interior fit-out later this year. 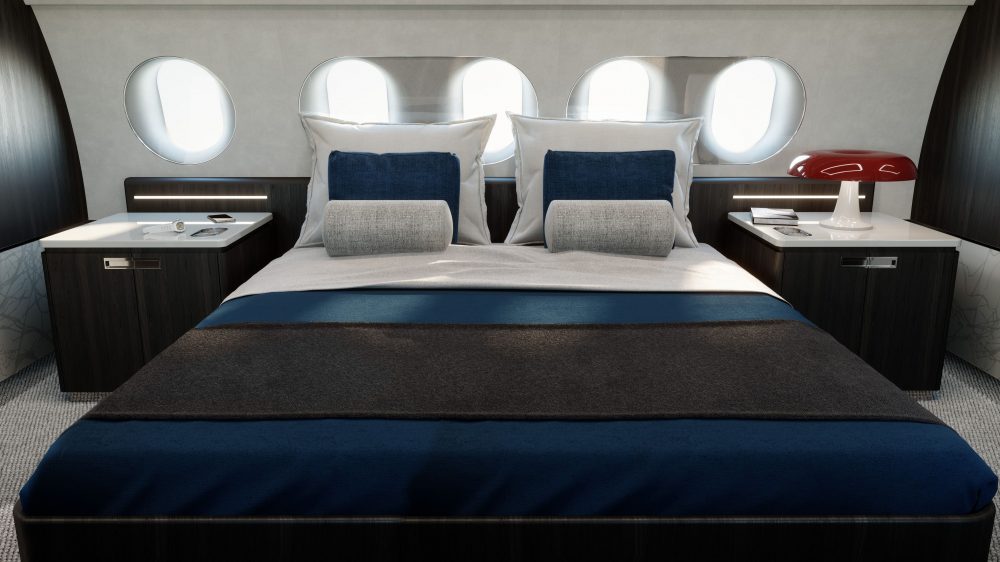 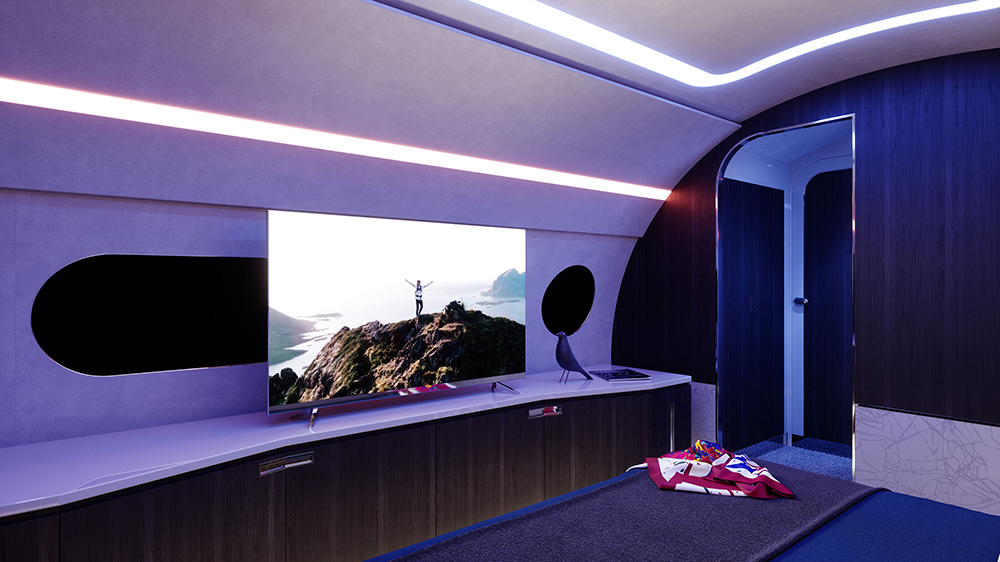 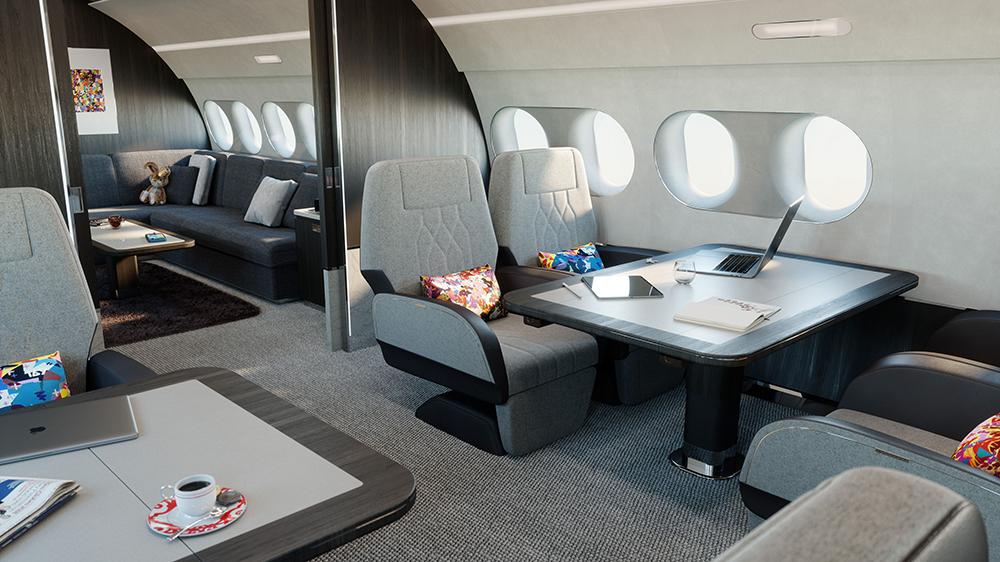 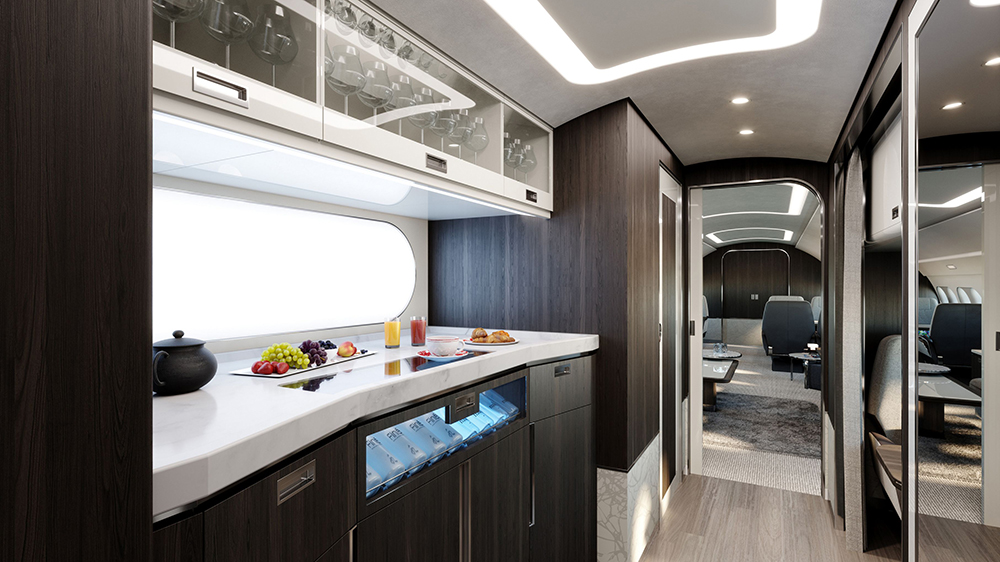