The just-released has space for an extra passenger.

The just-revealed HondaJet Elite S has multiple upgrades from the 2018 Elite that give it a longer range and the ability to take an additional passenger. Enhanced avionics reduces pilot workload and enhances communications, while three diverse colour schemes give the exterior a fresh look. Honda has designed its jets for single pilots.

“The HondaJet Elite has achieved the best performance in its class while also being the most efficient, and with the new Elite S, we take another step forward in expanding the aircraft’s capability,” said Michimasa Fujino, CEO of Honda Aircraft Company during a virtual product launch. “As a result of the innovation, design and engineering on the new Elite S, we are once again setting a new standard in business aviation.”

The Elite S has an increased maximum takeoff weight of 200 pounds that allows customers to fly up 120 nautical miles farther with a higher payload—including another passenger. The customised Garmin G3000 avionics suite now includes FAA DataComm and ACARS for a faster, more efficient way of communication through text-based messaging, rather than voice commands, to improve the clarity of messaging for departure clearance, in-flight services and communications with air-traffic control and flight operations. Honda also added an Advanced Steering Augmentation System to reduce pilot workload. 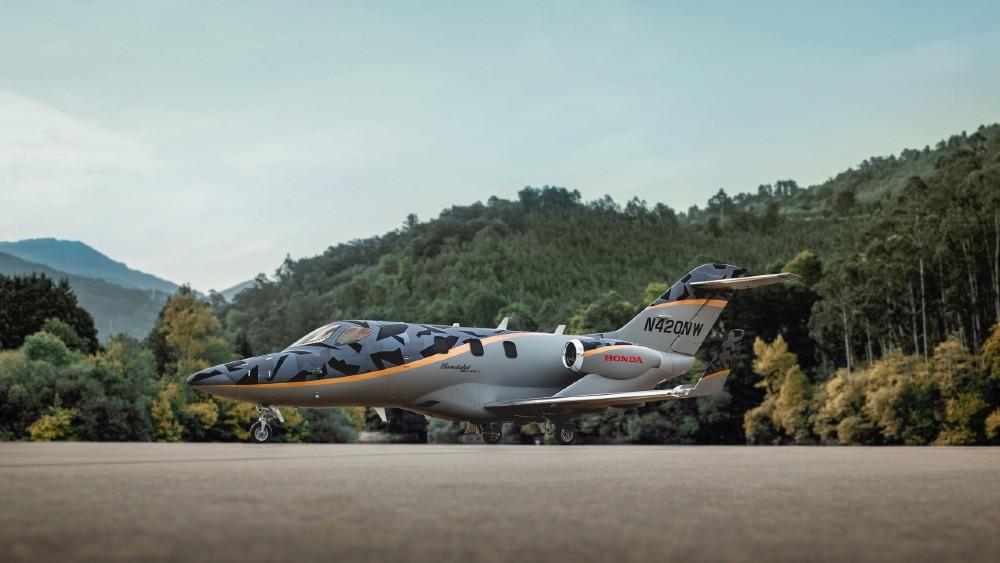 Beyond the interior enhancements, the company is also offering exclusive paint schemes in Gunmetal, Luxe Gold and Deep Sea Blue, along with a signature bright-red Elite S logo. During the virtual product launch, it also demonstrated a state-of-the-art, very un-Honda-like look, with a special camouflage paint scheme that it says will help “realise new possibilities.”