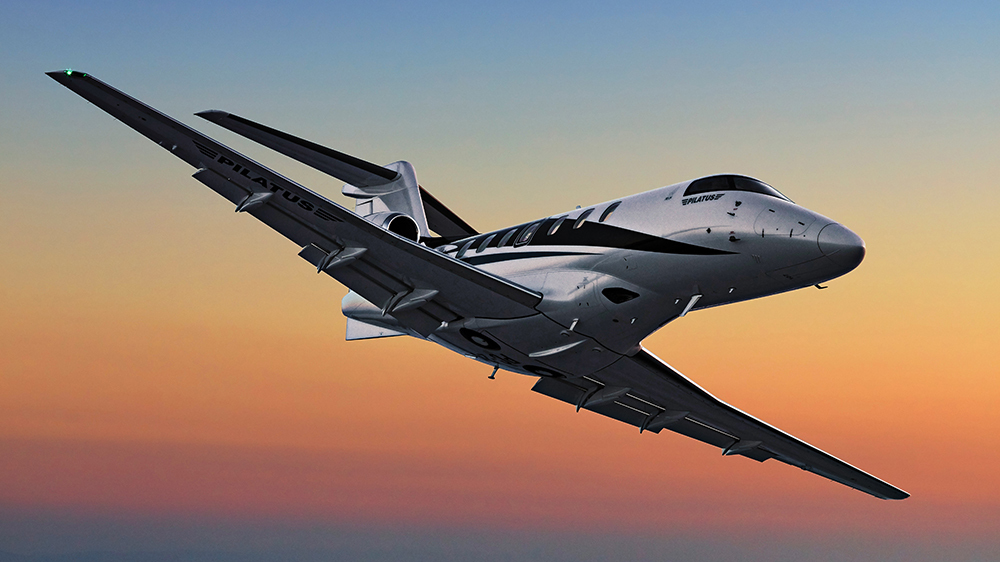 Sport Utility Jet? This New Private Plane Can Carry a Tonne of Cargo and Land on Grass and Gravel

The world’s first “Super Versatile Jet” can carry over a tonne of cargo and is the only non-military plane that can land on grass or gravel.

Pilatus thinks that private flying could stand to be a little more adventurous. That’s why the Swiss aircraft maker’s latest offering, the PC-24, is a jet for travellers who wish they had more space to bring friends—and toys—on their far-flung exploits.

While there are larger private planes out there, few can compete with the room found onboard Pilatus’s light jet. The PC-24 has plenty of space for up to 12 passengers, including pilots, according to Financial Times blog, “How to Spend It.” But beyond travellers, the plane can also carry over a ton of cargo, an amount basically unheard of outside of dedicated cargo planes. This means the jet could easily hold four passengers and a couple full-size motorcycles.

One reason why the plane can carry so much is its unusually large 4.3-ft wide by 4.1-ft high cargo door located—which is at the perfect height for a pick-up truck to pull up for loading and unloading—to the rear of the fuselage on the left. The door makes it easy to load larger items onboard than it would be otherwise.

Of course, the PC-24 wasn’t just built to transport your jet skis. Pilatus refers to the plane as the world’s first “Super Versatile Jet,” and that refers as much to its performance as it does to space. While the plane’s predecessor, the PC-12, also had plenty of cargo room, its flight specs were pedestrian. Not so for the PC-24. Not only is the new plane certified for single-pilot operation and easier to fly than its older sibling, it can also reach a cruise speed of up to 440 knots (814 km/h).

Maybe most unique of all, the jet has the ability to land almost anywhere there’s a landing strip. The PC-24 needs just 893 metres to take off, and even less to land. It’s also the only non-military grade light jet that can land on grass or gravel. That doubles the number of airfields it can navigate.

As you might expect, a private plane that can do all of this comes at a steep price. The Pilatus PC-24 starts at £10.5 million ($19 million). Check out more photos of the plane below:

Pilatus
ADVERTISE WITH US